COVID-19 Pandemic Is a Call to Search for Alternative Protein Sources as Food and Feed: A Review of Possibilities
Previous Article in Special Issue

Manuka honey and newly developed honeys (arjuna, guggul, jiaogulan and olive) were examined for their physicochemical, biochemical properties and effects on oxidative stress and cholesterol homeostasis in fatty acid-induced HepG2 cells. The honeys exhibited standard moisture content (<20%), electrical conductivity (<0.8 mS/cm), acidic pH, and monosaccharides (>60%), except olive honey (<60% total monosaccharides). They all expressed non-Newtonian behavior and 05 typical regions of the FTIR spectra as those of natural ones. Guggul and arjuna, manuka honeys showed the highest phenolic contents, correlating with their significant antioxidant activities. Arjuna, guggul and manuka honeys demonstrated the agreement of total cholesterol reduction and the transcriptional levels of AMPK, SREBP2, HCMGR, LDLR, LXRα. Jiaogulan honey showed the least antioxidant content and activity, but it was the most cytotoxic. Both jiaogulan and olive honeys modulated the tested gene in the pattern that should lead to a lower TC content, but this reduction did not occur after 24 h. All 2% concentrations of tested honeys elicited a clearer effect on NQO1 gene expression. In conclusion, the new honeys complied with international norms for natural honeys and we provide partial evidence for the protective effects of manuka, arjuna and guggul honeys amongst the tested ones on key biomarkers of oxidative stress and cholesterol homeostasis, pending further studies to better understand their modes of action. View Full-Text
Keywords: honey; phytochemicals; antioxidants; cholesterol; oxidative stress; gene expression honey; phytochemicals; antioxidants; cholesterol; oxidative stress; gene expression
►▼ Show Figures 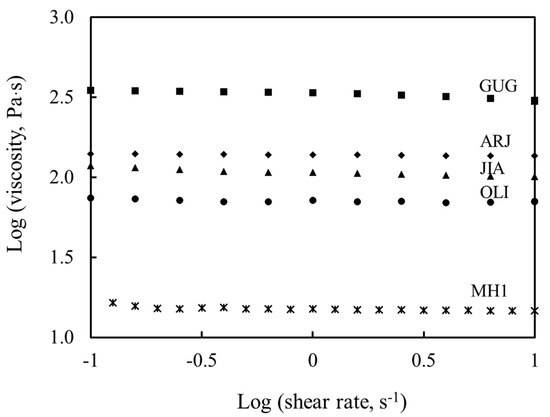