A Diterpenoid, 14-Deoxy-11, 12-Didehydroandrographolide, in Andrographis paniculata Reduces Steatohepatitis and Liver Injury in Mice Fed a High-Fat and High-Cholesterol Diet

:
Acetaminophen (APAP) is one of the most used analgesics and antipyretic agents in the world. Intoxication with APAP is the main cause of acute liver toxicity in both the US and Europe. Spore-forming probiotic bacteria have the ability to resist harsh gastric and intestinal conditions. The aim of this study was to investigate the possible protective effect of Bacillus (B) species (sp) spores (B. licheniformis, B. indicus, B. subtilis, B. clausii, B. coagulans) against hepatotoxicity induced by APAP in rats. A total of 35 rats were randomly divided into seven groups: group I served as control; group II received silymarin; group III received MegaSporeBioticTM (MSB); group IV received APAP and served as the model of hepatotoxicity; group V received APAP and silymarin; group VI received APAP and MSB; group VII received APAP, silymarin and MSB. The livers for histopathological examination and blood samples were collected on the last day of the experiment. We determined aspartate aminotransferase (AST), alanine aminotransferase (ALT) and total antioxidant capacity (TAC) levels and zonula occludens (ZO-1), tumor necrosis factor α (TNF-α) and interleukin 1β (IL-1β) expression. APAP overdose increased AST and ALT. It slowly decreased TAC compared to the control group, but pretreatment with silymarin and MSB increased TAC levels. Elevated plasma concentrations were identified for ZO-1 in groups treated with APAP overdose compared with those without APAP or receiving APAP in combination with silymarin, MSB or both. The changes were positively correlated with the levels of other proinflammatory cytokines (TNF-α, IL-1β). In addition, histopathological hepatic injury was improved by preadministration of MSB or silymarin versus the disease model group. Bacillus sp spores had a protective effect on acute hepatic injury induced by APAP. Pretreatment with MSB resulted in a significant reduction in serum AST, ALT, TNF-α, IL-1β, ZO-1, TAC and also hepatocyte necrosis, similar to the well-known hepatoprotective agent—silymarin.
Keywords:
Bacillus spores; acute hepatotoxicity; acetaminophen; tight junction; inflammation

The liver is the main organ involved in maintaining the body’s homeostasis. Many chemical compounds (including medicines) and herbal remedies, when used in overdose quantities, may cause liver damage [1]. Acetaminophen (N-acetyl-p-aminophenol or paracetamol; APAP), an over-the-counter drug, is one of the most used analgesics and antipyretic agents in the world [2]. It is known that in high doses, APAP may lead to acute liver failure [3]; intentional or unintentional intoxication with APAP is the main cause of acute liver toxicity in both the United States and Europe [2]. APAP, at the therapeutic dose, is metabolized mainly by glucuronidation and sulfation (phase II reactions) to nontoxic metabolites in the liver. A minor fraction of the therapeutic dose is oxidized by the CYP450 hepatic enzymes to the reactive metabolite N-acetyl-p-benzoquinone-imine (NAPQI). When APAP is taken in high doses, the amount of NAPQI increases significantly, which depletes hepatic glutathione (GSH) storage and results in increased oxidative stress and mitochondrial dysfunction with decreased adenosine triphosphate (ATP; e.g., mitochondrial dysfunction, oxidative stress, inflammatory reactions) [4,5,6,7]. Moreover, cell damage is also the consequence of activating mitogen-activated protein kinase (MAPK), c-Jun-N-terminal kinase (JNK) or nuclear DNA fragmentation [8].
Probiotics have been shown to have beneficial effects in several ailments, from gastrointestinal disorders (inflammatory bowel diseases, liver diseases) to allergy, metabolic disorders and cancer. These effects are a consequence of restoring the balance of gut microbiota (commensal vs. pathogenic bacteria), maintaining the integrity of the intestinal barrier, reducing the production of toxic products and improving the liver function [9,10,11]. The beneficial effect of probiotics may be due to the inhibition of growth of harmful bacteria by the production of free fatty acids, hydrogen peroxide and antimicrobial peptides [12,13].
Bacillus species (sp) are characterized by a high level of resistance to physical and chemical agents that are normally considered harmful to microorganisms (heat, toxic chemicals, radiation) [14]. Moreover, spores have a greater resistance to technological stress and storage compared to vegetative/active probiotics. They also have the ability to resist harsh gastric and intestinal conditions (bile acids, digestive enzymes, pH) [15]. Thus, spore-forming probiotic bacteria are considered a very good alternative solution to replace Bifidobacterium and Lactobacillus strains, which have the disadvantage of low stability [16,17]. The aforementioned advantages of using Bacillus can explain recent efforts to open up new perspectives on the use of spore-based probiotics, which exhibit similar stability to other pharmaceutical drugs used for conventional treatment of many diseases [18].
This study was performed to evaluate the possible protective effect of Bacillus sp. spores (B. licheniformis, B. indicus, B. subtilis, B. clausii, B. coagulans) on acute hepatic injury induced by APAP overdose in rats.

We used MegaSporeBioticTM (MSB) probiotic capsules (Microbiome Labs, Saint Augustine, FL, USA) and two standard commercial compounds, silymarin (150 mg/tablet) and APAP (500 mg/tablet; uncoated tablets). All products were purchased from a public pharmacy and administered as a suspension with 1% carboxymethylcellulose (CMC) as the vehicle. MSB is a probiotic blend of spores from five Bacillus species (B. licheniformis, B. indicus, B. subtilis, B. clausii and B. coagulans).

Charles River Wistar white male rats (n = 35) weighing between 250 and 280 g were obtained from the Center for Experimental Medicine and Practical Skills of the university. The working animal protocol was revised and approved by the Ethics Committee of Iuliu Haţieganu University of Medicine and Pharmacy, nr. 12101/02.05.2018.
The rats were kept in cages in a clean room with 12 h light/dark cycles and a temperature of 22 ± 2 °C. The animals were acclimated under these conditions for two days prior to starting the experiment. Specific regulations and amendments from this study were from the "Guiding Principles in the Use of Animals in Toxicology" adopted by the Society of Toxicology (Reston, VA, USA) and the national law regarding the protection of animals used for scientific research.

At the end of the study, the liver of each animal was removed and excised tissue sections were preserved in 10% formaldehyde, dehydrated in graduated ethanol and embedded in paraffin. Embedded liver tissues were cut into 7 μm sections using a microtome (RM 2145; Leica, Wetzlar, Germany) then mounted on glass slides. Slides were stained with hematoxylin-eosin for histological evaluation. The histological sections were examined using a Leica DM2500 LED microscope and the images were captured using a Leica DMC2900 (Leica Microsystems Ltd., Heerbrugg, Switzerland) camera which was connected to the microscope.

All data were presented as mean ± standard deviation (SD). The significance between the different groups was analyzed by one-way ANOVA. SPSS 10.0 statistical software (SPSS Inc., Chicago, IL, USA) was used for all statistical analyses. A p-value < 0.05 was considered statistically significant.

3.1. Effect of MegaSporeBiotic™ and Silymarin on Liver Functions

3.2. Effect of MegaSporeBiotic™ and Silymarin on Inflammation and Oxidative Stress

Examination of the histological architecture of the livers from groups I, II and III revealed that the tissue was normal (Figure 4A).
Examination of liver sections in group IV showed several histological changes in the liver structure. Focal hepatocellular necrosis, porto-central necrotic bridges (25% of the sectional area) and diffuse and circumferential pericentral hepatitis (all portal spaces) were observed in these livers (Figure 4B1,B2).
In group V, 11 of the 33 central veins examined presented adjacent hepatitis with around 2/3 of the circumference involved. Minimal perivenular hepatocyte dystrophy was observed in approximately 10% of the sectional area. All portal spaces had low eosinophil and lymphocyte inflammatory infiltrates and were without interface hepatitis (Figure 4C1,C2).
Liver sections from group VI showed that 2 of the 46 central veins viewed had mild adjacent hepatitis. Also, of the 13 portal spaces identified on the whole section, 6 had a low-level of eosinophilic and lymphocytic inflammation. A single portal space with mild interface hepatitis was identified. A single focus of lobular hepatitis was identified for the entire sectional area. Hepatocyte dystrophy was absent (Figure 4D1,D2).
In group VII, 50% of the central veins presented mild perivenular inflammation with eosinophils and lymphocytes, and 20% had moderate inflammation associated with perivenular hepatitis. Also, hepatocyte dystrophy was observed in about 20% of the sectional area and over 70% of portal spaces had few eosinophils and lymphocytes and no interface hepatitis was observed (Figure 4E1,E2).
Pretreatment with silymarin (group V), MSB (group VI) or both (group VII) significantly prevented changes in hepatic parenchyma compared to group IV, which was treated with APAP alone.

3.4. Effect of MegaSporeBiotic™ and Silymarin on Tight Junction

The tight integrity of the junction was evaluated by quantifying the expression of ZO-1, a major TJ protein. ZO-1 increased significantly after APAP administration, and silymarin and MSB significantly reduced its level (Figure 5).

In conclusion, our study revealed that the probiotic supplement, MSB, which contains Bacillus sp spores, had a protective effect on acute hepatic injury induced by APAP overdose in rats. Pretreatment with MSB resulted in a significant reduction in serum AST, ALT, proinflammatory cytokines (TNF-α, IL-1β), ZO-1 and TAC, as well as hepatocyte necrosis, which was similar to the well-known hepatoprotective agent, silymarin. These results indicate the hepatoprotective potential of this spore-based probiotic in drug-induced acute hepatotoxicity. It is very important in drug-induced liver toxicity. However, further studies are needed to confirm this in humans. 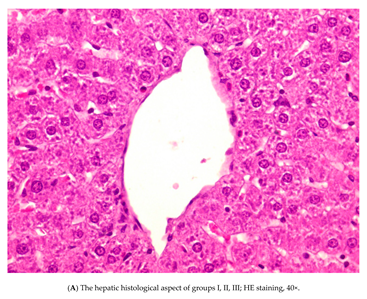 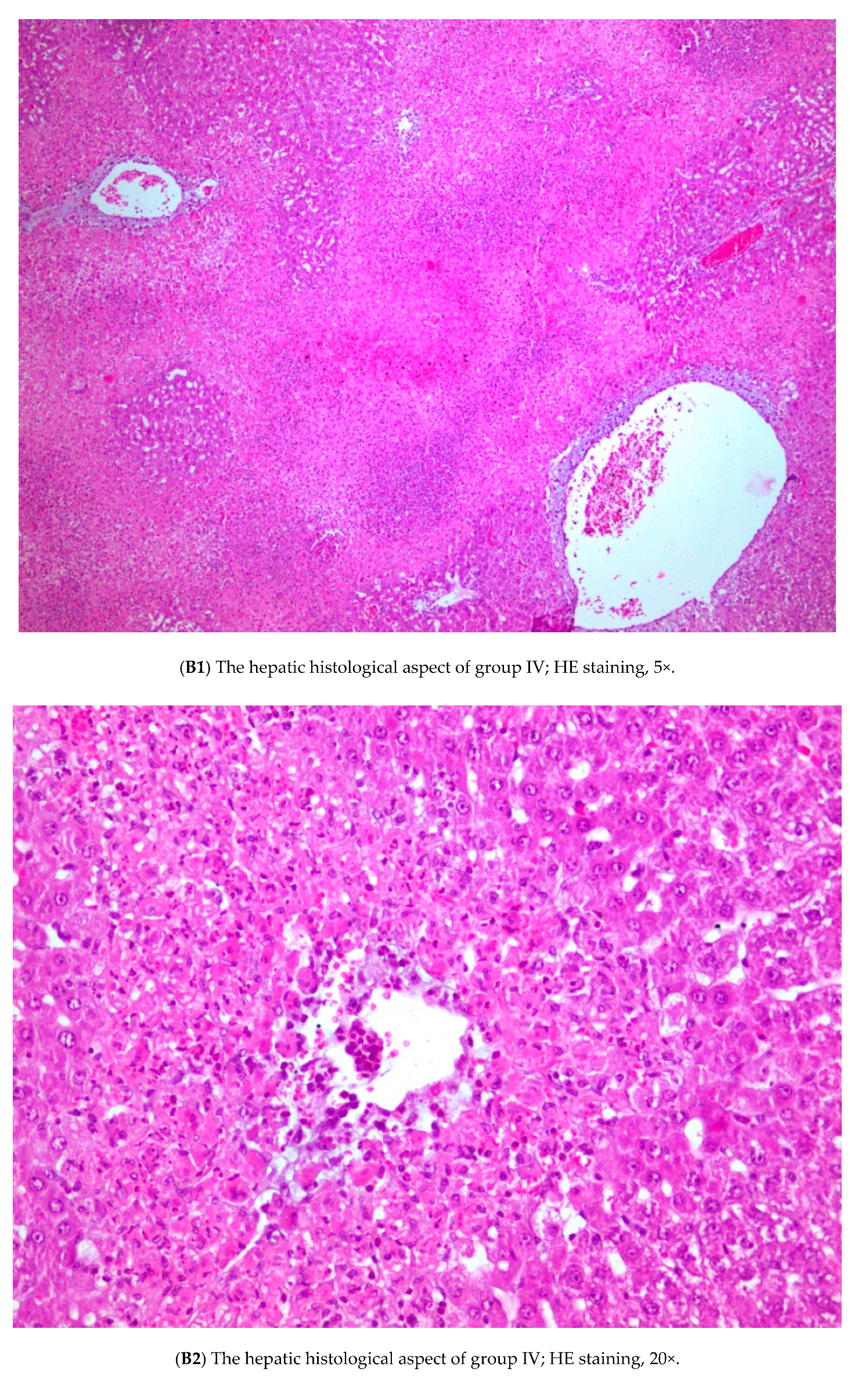 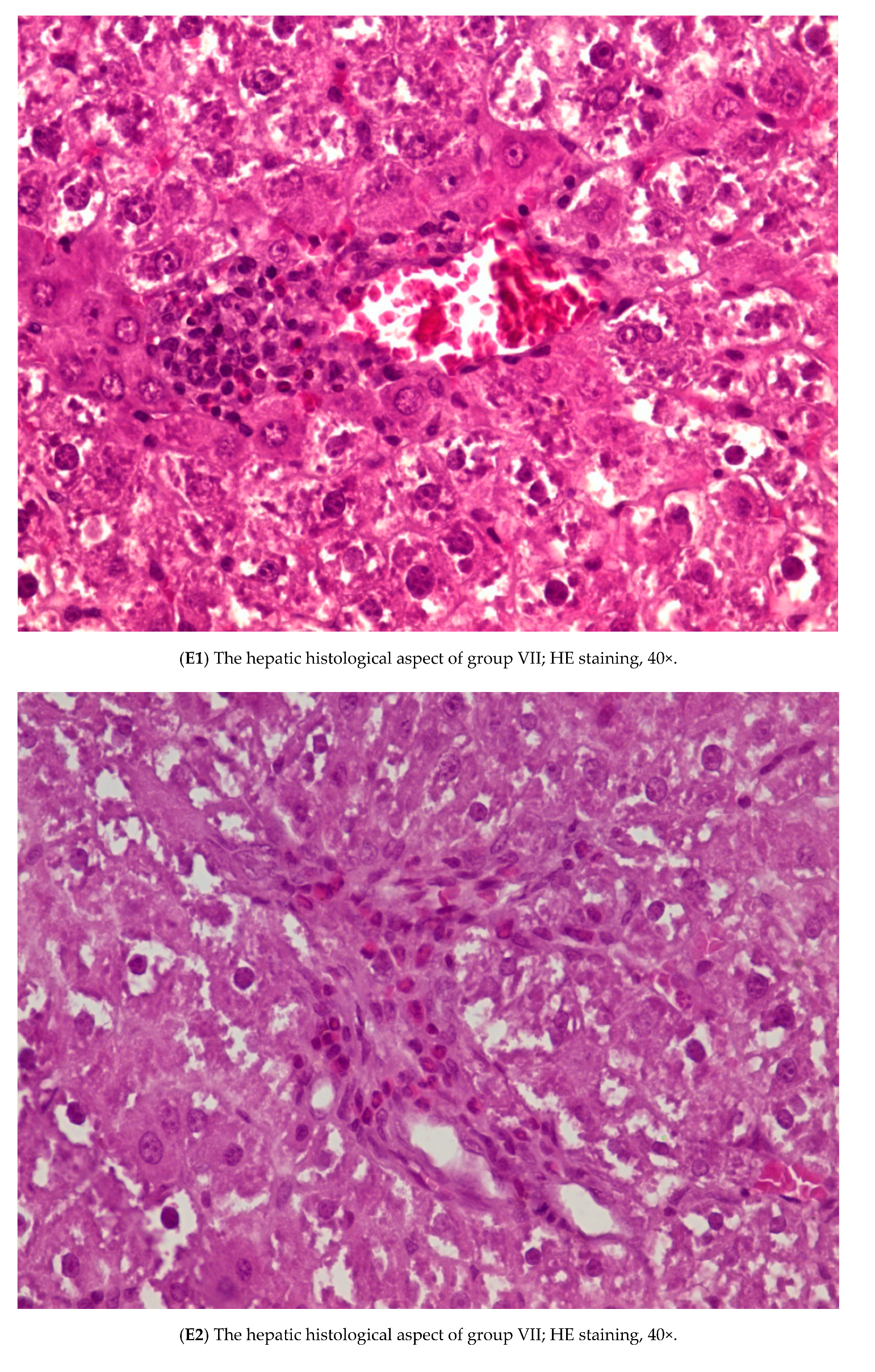