In Utero HIV Exposure and the Early Nutritional Environment Influence Infant Neurodevelopment: Findings from an Evidenced Review and Meta-Analysis

The excess intake of dietary sodium is a key modifiable factor for reducing disease progression in autosomal dominant polycystic kidney disease (ADPKD). The aim of this study was to test the hypothesis that the scored salt questionnaire (SSQ; a frequency questionnaire of nine sodium-rich food types) is a valid instrument to identify high dietary salt intake in ADPKD. The performance of the SSQ was evaluated in adults with ADPKD with an estimated glomerular filtration rate (eGFR) ≥ 30 mL/min/1.73 m2 during the screening visit of the PREVENT-ADPKD trial. High dietary sodium intake (HSI) was defined by a mean 24-h urinary sodium excretion ≥ 100 mmol/day from two collections. The median 24-h urine sodium excretion was 132 mmol/day (IQR: 112–172 mmol/d) (n = 75; mean age: 44.6 ± 11.5 years old; 53% female), and HSI (86.7% of total) was associated with male gender and higher BMI and systolic blood pressure (p < 0.05). The SSQ score (73 ± 23; mean ± SD) was weakly correlated with log10 24-h urine sodium excretion (r = 0.29, p = 0.01). Receiving operating characteristic analysis showed that the optimal cut-off point in predicting HSI was an SSQ score of 74 (area under the curve 0.79; sensitivity 61.5%; specificity 90.0%; p < 0.01). The evaluation of the SSQ in participants with a BMI ≥ 25 (n = 46) improved the sensitivity (100%) and the specificity (100%). Consumers with an SSQ score ≥ 74 (n = 41) had higher relative percentage intake of processed meats/seafood and flavourings added to cooking (p < 0.05). In conclusion, the SSQ is a valid tool for identifying high dietary salt intake in ADPKD but its value proposition (over 24-h urinary sodium measurement) is that it may provide consumers and their healthcare providers with insight into the potential origin of sodium-rich food sources.
Keywords: autosomal dominant polycystic kidney disease; diet; sodium; salt; progression; 24-h urine; food frequency questionnaire autosomal dominant polycystic kidney disease; diet; sodium; salt; progression; 24-h urine; food frequency questionnaire

Autosomal dominant polycystic kidney disease (ADPKD) is the most common (1:1000) adult-onset genetic chronic kidney disease (CKD) caused by variants in either PKD1, PKD2 or, rarely, other genes [1]. The cardinal feature of ADPKD is the formation and growth of multiple kidney cysts, which leads to a fifty percent lifetime risk of developing kidney failure, recurrent episodic kidney pain and hypertension [2,3]. The excess intake of dietary sodium has been identified as a key modifiable factor for promoting the post-natal growth of kidney cysts and hypertension in ADPKD [4]. In one of the largest clinical trials conducted in PKD, the HALT Progression of Polycystic Kidney Disease (HALT-PKD) study comprising 1044 adults with ADPKD, high dietary sodium intake was associated with a greater total kidney volume (TKV) growth rate and a steeper decline in estimated glomerular filtration rate (eGFR) [5,6]. Based on these data, as well as the benefits of the Dietary Approaches to Stop Hypertension (DASH) diet in the general [7] and CKD population [4,8], clinical practice guidelines in ADPKD recommend the restriction of dietary sodium intake to ≤100 mmol/day (<6 g salt or <2.3 g sodium daily) to reduce disease complications [9,10,11,12].
However, the majority of adults with ADPKD typically exceed the recommended dietary intake of sodium [4]. The Consortium for Radiologic Imaging Studies of PKD (CRISP) demonstrated that the annual 24-h urine sodium excretion consistently exceeded 190 mmol/day in North American adults with ADPKD over a six-year period [6,13] and informal dietary counselling was insufficient to alter dietary habits [5]. For example, in the HALT-PKD study, instruction by the clinical trial coordinators to reduce salt intake to less than 100 mmol/day led only to a marginal reduction in the urinary sodium excretion of between 6% and 14.5% from baseline mean values (178 mmol sodium/day) [5]. Although persons with ADPKD are probably motivated to implement this intervention, a major barrier may be the absence of simple methods to assess dietary sodium intake [14,15]. Traditionally, the gold-standard biomarker to estimate sodium intake has been twenty-four-hour urine sodium excretion, as approximately 90% of dietary sodium is excreted in urine [16,17,18], but this method is time-consuming and inconvenient for consumers, and there is an increased risk of error in collection [19]. Food frequency questionnaires (FFQ), on the other hand, are a quick and inexpensive method for healthcare practitioners to easily identify high sodium consumers [20]. Although FFQs have potential for systematic error, their relative ease of use might provide a more practical and acceptable method to rapidly identify the intake of high dietary salt [21] in ADPKD [16,19].
There has been little research undertaken into the validity and performance of FFQs to estimate dietary salt intake in ADPKD. The Scored Sodium Questionnaire (SSQ) is an FFQ that was developed and validated at the Royal Brisbane and Women’s Hospital in Australia to identify high salt intake in patients with chronic kidney disease stages 3 to 5 [20,22]. The SSQ is a 35-item instrument which categorises into nine key sodium-rich food sources and requests information regarding the use of discretionary salt, dining out and use of salt-reduced products [22]. Therefore, the aim of this study was to evaluate the hypothesis that the SSQ is a valid instrument for identifying high dietary salt intake in ADPKD.

This project is a sub-study of the PREVENT-ADPKD trial registered with the Australian New Zealand Clinical Trials Registry (ANZCTR) (No. ACTRN12614001216606) [23]. All consecutive participants that consented and attended the first study visit (screening visit) of the PREVENT-ADPKD clinical trial between May 2017 and May 2018 were included [23]. Recruitment occurred at thirteen Australian sites including in Sydney, regional New South Wales, Brisbane and Perth [23]. Participants met the inclusion criteria for the PREVENT-ADPKD study, which was a diagnosis of ADPKD, aged between 18 and 67 years old, estimated glomerular filtration rate (eGFR) ≥ 30 ml/min/1.73 m2 and providing informed consent. The exclusion criteria were a contraindication to undergo magnetic resonance imaging (MRI) (such as pregnancy, claustrophobia) (as this is the primary outcome measure in the PREVENT-ADPKD study), being considered non-compliant, a confounding illness or treatment and/or participation in another clinical trial [23]. The study was conducted according to the Declaration of Helsinki and approved by the Western Sydney Local Health District (WSLHD) Human Research Ethics Committee (HREC), HREC ref: AU RED HREC/14/WMEAD/414.

Data were collected at the screening visit and included height, body weight, body mass index (BMI) and office blood pressure, as described in the PREVENT-ADPKD trial protocol [23]. During the visit, participants self-completed the SSQ and were instructed to perform two 24-h urine collections for urine sodium excretion and a blood test for serum creatinine to calculate the eGFR over the following 12 weeks.

The analysis of serum creatinine and 24-h urine sodium was performed by a clinical pathology laboratory (Douglass Hanly Moir, Ryde, NSW, Australia) accredited by the National Association of Testing Authorities, Australia. The eGFR was determined by the Chronic Kidney Disease Epidemiology Collaboration (CKD-EPI) formula. The dietary sodium intake was determined from the mean of the two 24-h urine sodium excretions [19] and high sodium intake was defined as the mean 24-h sodium excretion that exceeded 100 mmol/day [9]. Incomplete collection of a 24-h urine collection was defined by a creatinine index (urinary creatinine (mmol/day) × 113)/(21 × body weight (kg)) of less than 0.7 [24,25,26] whereas overcollection if the 24-h urine creatinine excretion was >25 mg/kg/day in males or >20 mg/kg/day in females [27,28]. Participants with at least one sample meeting these criteria were excluded from further analysis.

The SSQ was a self-reported questionnaire that determines the frequency of the usual consumption of sodium-rich food types over the previous six months [22]. The food types were categorised into nine groups and scored based on frequency of consumption (either never/rare; once per week; 2–3 times per week or at least once daily) [22]. The groups and the maximum score (MS) for each were as follows: (i) Group 1: Breads (MS = 30); (ii) Group 2: Spreads (MS = 12); (iii) Group 3: Cereals, biscuits and baking (MS = 17); (iv) Group 4: Cheeses and savory snacks (MS = 20); (v) Group 5: Tinned and packed foods and other meal components (MS = 19); (vi) Group 6: Processed meats and seafood (MS = 35); (vii) Group 7: Flavorings added in cooking (MS = 43); (viii) Group 8: Flavorings added at the table (MS = 24); (ix) Group 9: Pre-prepared meals and drinks and eating out (MS = 15). The total SSQ score was determined by the sum of individual values for each food type category, with a maximum possible score of 215, with larger values indicative of higher salt consumption [22].

Statistical analysis was conducted using JMP® Pro software (v14.2.0, SAS Institute, Cary, NC, USA) and a p value of less than 0.05 was defined as statistical significance. The normality of the distribution was determined using the Shapiro–Wilk W Test. All normally distributed continuous variables were reported as means ± SD, non-normally distributed variables were expressed as median and interquartile range (IQR) and categorical data were reported as n (%). Non-normally distributed data were natural log (In)-transformed, as appropriate. Differences between groups were determined using one-way ANOVA, Kruskal–Wallis and Chi-squared test for normally distributed continuous, non-normally distributed and categorical variables, respectively. The 24-h urine sodium excretion was determined from the mean values derived from two collections. The SSQ score was analysed as a continuous variable and the relative contributions of the nine categories were expressed as a percentage of the total score. The correlation between SSQ score and log 24-h urine sodium excretion was determined using the Spearman correlation coefficient. The receiver operating characteristic (ROC) analysis and measures of diagnostic accuracy were used to determine the performance of the SSQ to predict a 24-h urine sodium excretion of greater than 100 mmol/day.

3.2. Performance of the SSQ with 24-H Urine Sodium Excretion

3.3. Characteristics of the Sodium-Rich Foods Types Identified by the SSQ

The breakdown of the SSQ score into each of the nine sodium-rich food types for the study population, as determined by the absolute values, is shown in Figure 4A and Supplementary Table S2. The top five sodium-rich food groups as a median percentage of the total SSQ score were: Group 7 (Flavorings added in cooking; 19.5%), Group 1 (Breads; 19.0%), Group 6 (Processed meats and seafood; 17.0%); Group 8 (Flavorings added at the table; 9.4%) and Group 4 (Cheeses and Savory Snacks; 9.1%) (Supplementary Table S3). With the exception of Group 3 (Cereals, biscuits and baking), participants with an SSQ ≥ 74 had higher absoluate values for all sodium-rich food categories compared to those with an SSQ < 74 (Figure 4B and Supplementary Table S2). Compared with the individuals scoring SSQ < 74, the median SSQ scores in Group 6 (Processed Meat and Seafood), Group 7 (Flavoring added in cooking) and Group 8 (Flavorings added at the table) were approximately 3.1-, 2.8- and 2.0-fold higher in those with an SSQ ≥ 74 (Figure 4B and Supplementary Table S2). The relative percentage contribution to the total SSQ score from Group 1 (Breads) was the only category lower in the SSQ ≥ 74 group compared to the SSQ score < 74 group whereas Group 3 (cereal), Group 4 (Cheeses) and Group 6 (Processed Meat) and 7 (Flavourings) were higher (Supplementary Table S3), suggesting preferential differences in dietary sources of salt between the two groups.

The authors thank the participants and their families for contributing time and effort in research to improve the health of people with ADPKD. The authors are grateful to the clinical trial and administrative staff at all study sites. This manuscript was presented in abstract form at the Australian and New Zealand Society of Nephrology Annual Scientific Meeting (2018) and the Dietetic Association Annual Scientific Meeting (2019).

G. Rangan receives research grant support from Danone Research, Otsuka Pharmaceuticals and has been a site investigator for clinical trials sponsored by Sanofi, Reata Pharmaceuticals. G. Rangan also receives grant support from NHMRC and PKD Australia. D. Johnson has received consultancy fees, research grants, speaker’s honoraria and travel sponsorships from Baxter Healthcare and Fresenius Medical Care, consultancy fees from Astra Zeneca and AWAK, speaker’s honoraria and travel sponsorships from ONO, and travel sponsorships from Amgen. He is a current recipient of an Australian National Health and Medical Research Council Practitioner Fellowship. The authors have no other relevant affiliations or financial involvement with any organisation or entity with a financial interest in or financial conflict with the subject matter or materials discussed in the manuscript apart from those disclosed. 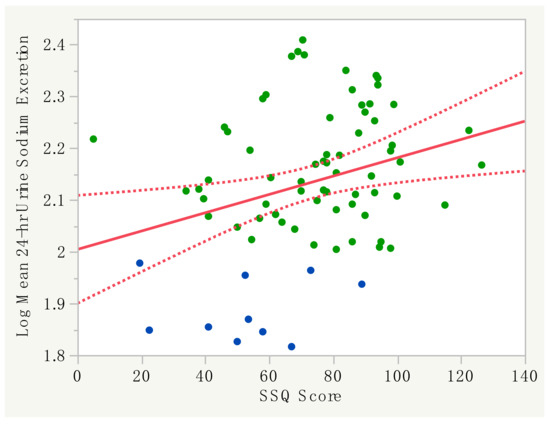 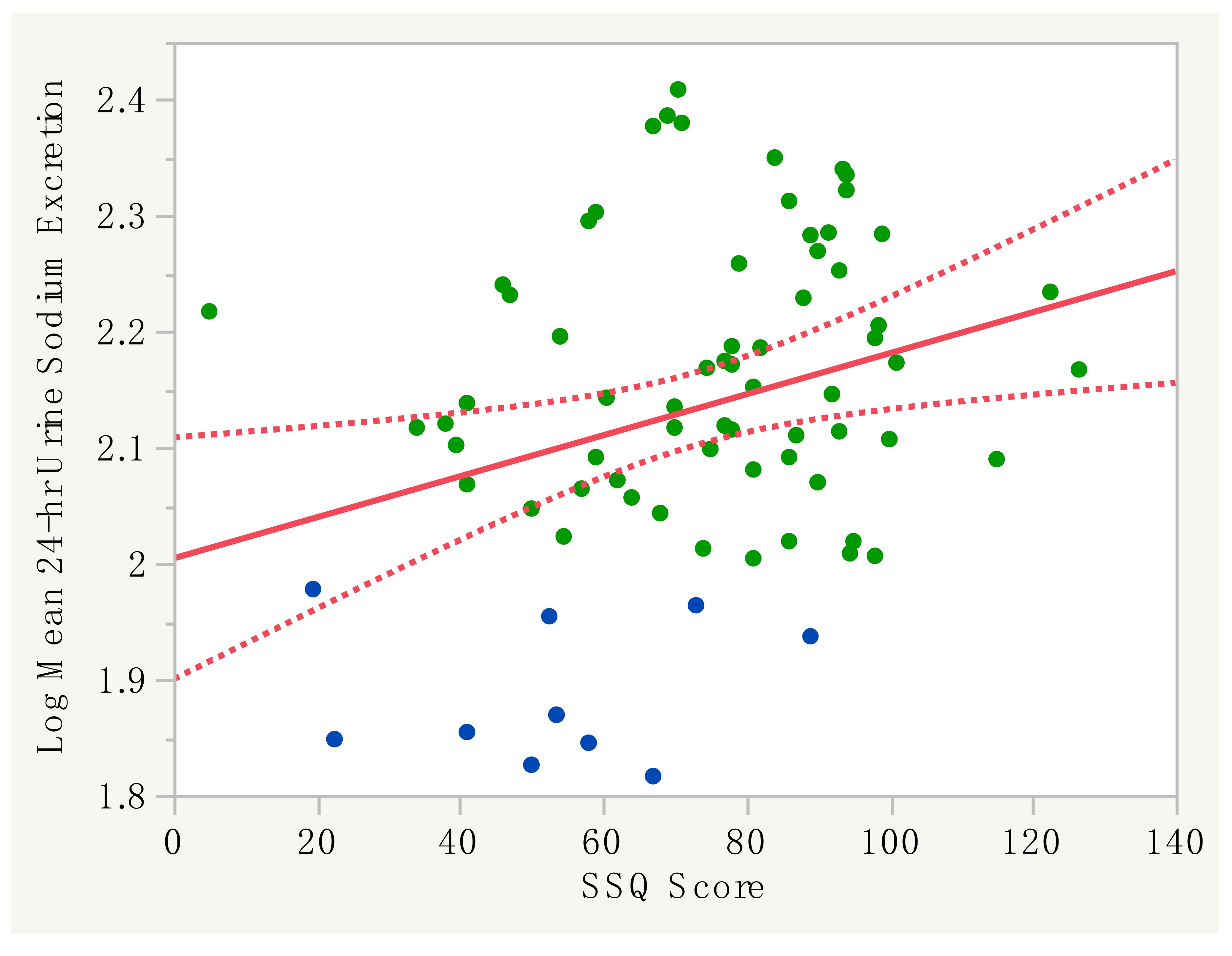 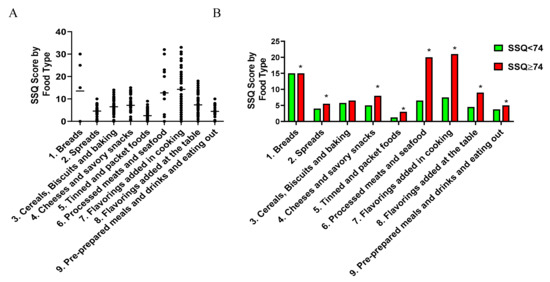 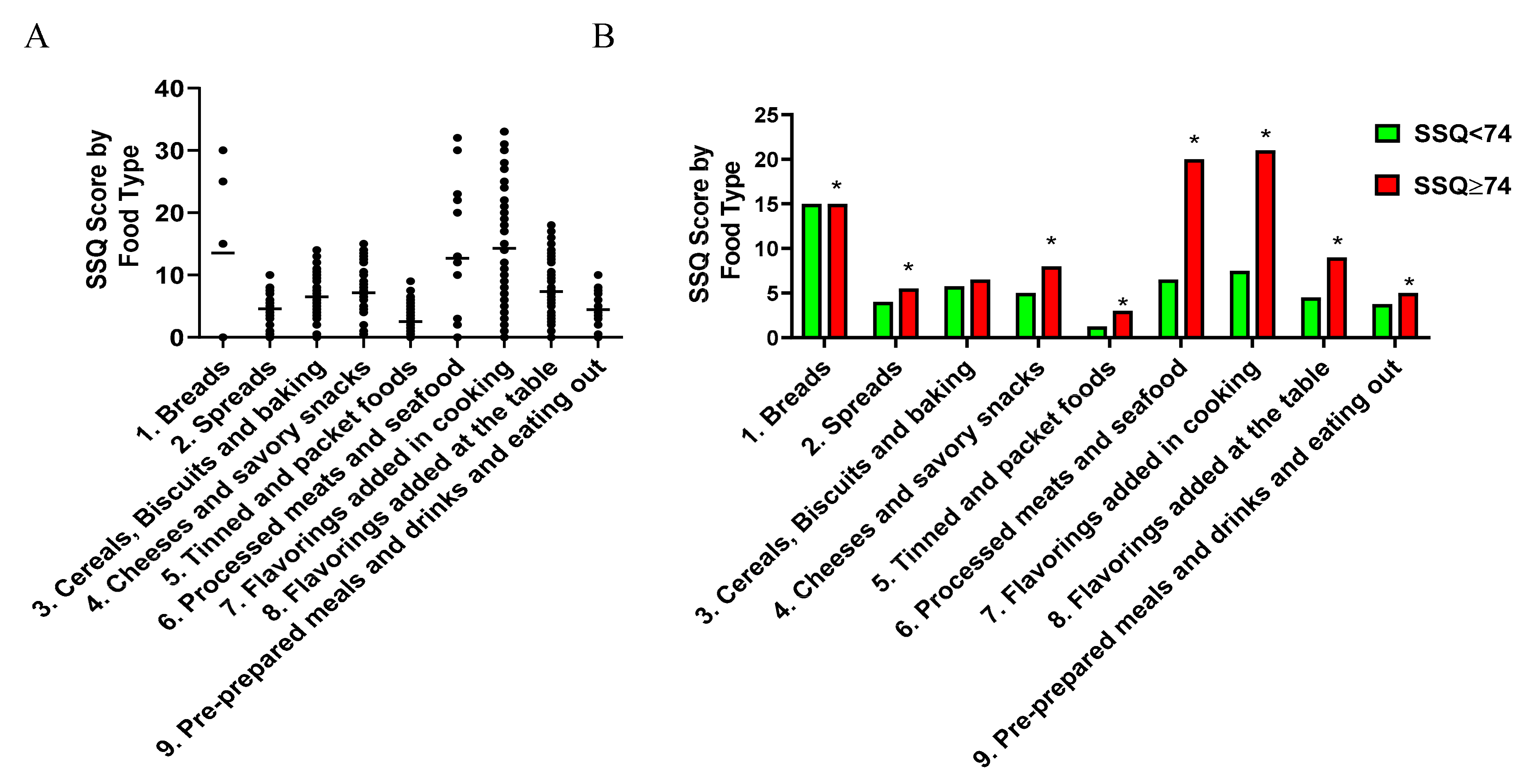