Black tea, which is derived from the Camellia sinensis plant, is one of the most widely consumed beverages in the world owing to its several beneficial compounds, including polyphenols, amino acids, vitamins, and minerals. Nutritional studies have demonstrated that theaflavin, a polyphenol, has positive effects against oxidative stress, endoplasmic reticulum (ER) stress, hypertension, aging, and diabetes [1,2,3,4], and although it remains controversial, a meta-analysis of epidemiological studies indicated that consuming three cups per day of black tea could prevent the onset of ischemic stroke [5].
Recently, genome-wide association studies (GWASs) have been conducted to investigate the association between genetic variants and the habitual intake of foods and drinks [6,7]. Previous studies identified the association of genetic variants with the intake frequency of fish [8], alcohol consumption [9,10,11], and coffee consumption [12,13,14]. Furthermore, dietary trait-associated genetic variants were linked to health outcomes in Japanese populations [7]. Thus, it is crucial to accumulate data from GWASs to identify the relationship between genetic variants and dietary habits. However, no data are available regarding black tea consumption-related genetic variants in individuals of other ethnicities, including Asian, European, and American. Therefore, this study performed a GWAS to search for genetic variants associated with the habitual consumption of black tea in 12,258 Japanese participants.

The participants were enrolled from customers of a direct-to-consumer genetic testing service in Japan, “HealthData Lab,” provided by Yahoo! Japan Corporation (Tokyo, Japan) and Genequest Inc. (Tokyo, Japan). The inclusion criterion was age ≥ 18 years. Eligible participants were asked to complete internet-based questionnaires covering socio-demographic factors, medical history, and lifestyle habits at the time of enrollment. Among the 12,621 participants, one participant who opted out was excluded from the present study.
This study was approved by the Ethics Committee of Genequest Inc. (2015-0907-1) and was conducted according to the principles expressed in the Declaration of Helsinki. Written informed consent was obtained from all the participants for the general use of the questionnaires and their genotype data. An additional agreement was obtained with the opportunity to opt-out after informing the participants of this study’s aim.

Data on alcohol consumption, alcohol drinking frequency, habitual coffee consumption, sweet preference, and body-mass index (BMI) were used as adjustment variables. These data were obtained from the questionnaire, as described previously [8,12,15]. Briefly, alcohol drinking frequency was defined according to the question, “How frequently do you drink alcohol?” with the following seven answers: (i) barely ever, (ii) less than once a month, (iii) one to three times per month, (iv) one to two times per week, (v) three to four times per week, (vi) five to six times per week, and (vii) every day. Alcohol consumption was calculated by adding the amount of alcohol in grams per day obtained from beer, red wine, white wine, highballs/cocktails, rice wine, and distilled spirits.
Coffee consumption was defined based on the response to the question, “How many cups of coffee (instant or regular) do you drink?” and “How many cups of coffee (can, PET bottles, or paper pack) do you drink?” with a choice of seven answers: (i) hardly any, (ii) less than or equal to two cups per week, (iii) three to four cups per week, (iv) five to six cups per week, (v) one to two cups per day, (vi) three to four cups per day, and (vii) more than or equal to five cups per day. The sum of these values was used to define as the amount of habitual coffee consumption [12].
Sweet taste preference was determined using the question, “Please tell us about your taste for sweet food,” with the following five-point scale: (i) 1, dislike a lot, (ii) 2, dislike, (iii) 3, neither like nor dislike, (iv) 4, like, and (v) 5, like a lot.

The collection, stabilization, and transportation of saliva samples were performed using an Oragene DNA Collection Kit (DNA Genotek Inc., Ottawa, Ontario, Canada). Genotype analysis was performed using The Illumina HumanCore-12 + Custom BeadChip (Illumina, San Diego, CA, USA), which contains 302,073 markers, and the HumanCore-24 + Custom BeadChip, which contains 309,725 markers. We used a total of 296,675 markers in the present study.
After excluding 17 subjects who lived outside of Japan, 12,603 participants remained. They were divided into two groups: those from the Hondo region (except for Okinawa region) and those from the Okinawa region, and they were referred to as the discovery and replication cohorts, respectively. Then, we applied the quality control and association analysis procedure separately for each cohort.
In the quality control analysis, we filtered out single nucleotide polymorphism (SNP) markers with low call rates (<0.95), low Hardy–Weinberg equilibrium exact test p-values (<1 × 10−6), or low minor allele frequencies (<0.01). We also excluded subjects who had inconsistent sex information between the genotype and questionnaire, who had an estimated non-Japanese ancestry, or who had a low call rate (<0.95) [16,17]. Furthermore, we excluded the close relationship pairs determined using the identity-by-descent method (PI_HAT > 0.1875) according to previous studies [8,13,18,19]. Quality control analyses were carried out using PLINK [20,21] (version 1.90b3.42) and Eigensoft [16] (version 6.1.3).
The imputation of the genotype was performed using the 1000 Genome Phase 3 (version 5) reference panel [22]. Pre-phasing was carried out using EAGLE2 (version 2.4) [23], and genotype imputation was performed using Minimac3 (version 2.0.1) software [24]. We excluded variants with a low imputation quality (R2 < 0.8) and a low minor allele frequency (<1%) from further analysis. Finally, we used the dosage data for the 5,256,047 variants for the GWAS in the discovery phase.

The association between genotype dosage and the amount of black tea consumption was examined using a linear regression model under the assumption of additive genetic effects. For the discovery GWAS, the association was tested with an adjustment for age, sex, and five principal components calculated using PLINK software. Variants that met suggestive significance (p < 1.0 × 10−6) in the discovery phase were further investigated in the replication stage to determine their associations with habitual black tea consumption. Thereafter, we combined the statistical data from both stages using a fixed-effects model and the inverse-variance weighting method with METAL software (version 2011-03-25) [25]. Variants achieving genome-wide significance (p < 5.0 × 10−8) in the meta-analysis were considered to be associated with habitual black tea consumption.

Multivariate linear regression analysis was carried out to test the associations between SNPs and black tea consumption with an additional adjustment for alcohol frequency, alcohol consumption, coffee consumption, sweet preference, and BMI. The subgroup analysis was carried out according to sex and age, and P < 0.05 was considered statistically significant in the subgroup analysis. These analyses were conducted based on the discovery populations.

3.1. Research Flow and Characteristics of the Study Participants

The quantile-quantile plot indicated that the inflation factor (λ) was 1.005 and the 95% confidence interval was 1.003–1.007 in the discovery GWAS (Figure 2), indicating that the population structure was well-adjusted.
As illustrated in Figure 3, the discovery GWAS found that the 12q15 and 12q24 loci met suggestive significance (p < 1 × 10−6). Eleven SNPs at 12q24 locus and one SNP at 12q15 locus were detected as candidates for black tea consumption-associated variants (Table 2). The variants were positively associated with black tea consumption in the discovery stage.

3.5. Subgroup Analysis According to Sex and Age

Subgroup analysis was conducted to examine whether the genetic effect of the variants at the 12q24 locus differed according to sex or age. In the subgroup analysis based on age, the median age of 51 years was used as the cutoff to categorize the individuals into the younger and older subgroups.
The results showed that the effect size of the rs2074356 variant was 0.028 (SE = 0.009) and 0.054 (SE = 0.013) cups per day in males and females, respectively. The genetic effect of the variant was slightly higher in females than in males, but the difference did not reach significance (p for interaction = 0.13; Figure 4a). No significant change was observed in the effect size between the younger subgroup (0.034, SE = 0.011) and the older subgroup (0.046, SE = 0.010) (p for interaction = 0.26; Figure 4b).

We found that genetic variants at the 12q24 locus were associated with black tea consumption in Japanese populations. This finding not only provided fundamental information with regard to the association between genetic variants and dietary habits but also contributed to the development of novel strategies for personalized nutritional recommendations.

K.F. wrote the manuscript and M.I., S.N., T.H., and H.J. revised the manuscript. K.S. oversaw the data management and prepared the genotype dataset for the GWAS. S.N. and K.K. performed the statistical analysis, GWAS, and meta-analysis. T.H. provided valuable suggestions for statistical analysis and interpretation of the obtained results. H.K. and H.J. supervised the work. H.K., H.J., M.I., and S.T. designed the project. All authors have read and agreed to the published version of the manuscript.

This research was funded by Grants-in-Aid (16K14920) from the Japan Society for the Promotion of Science and by the Honjo International Scholarship Foundation. 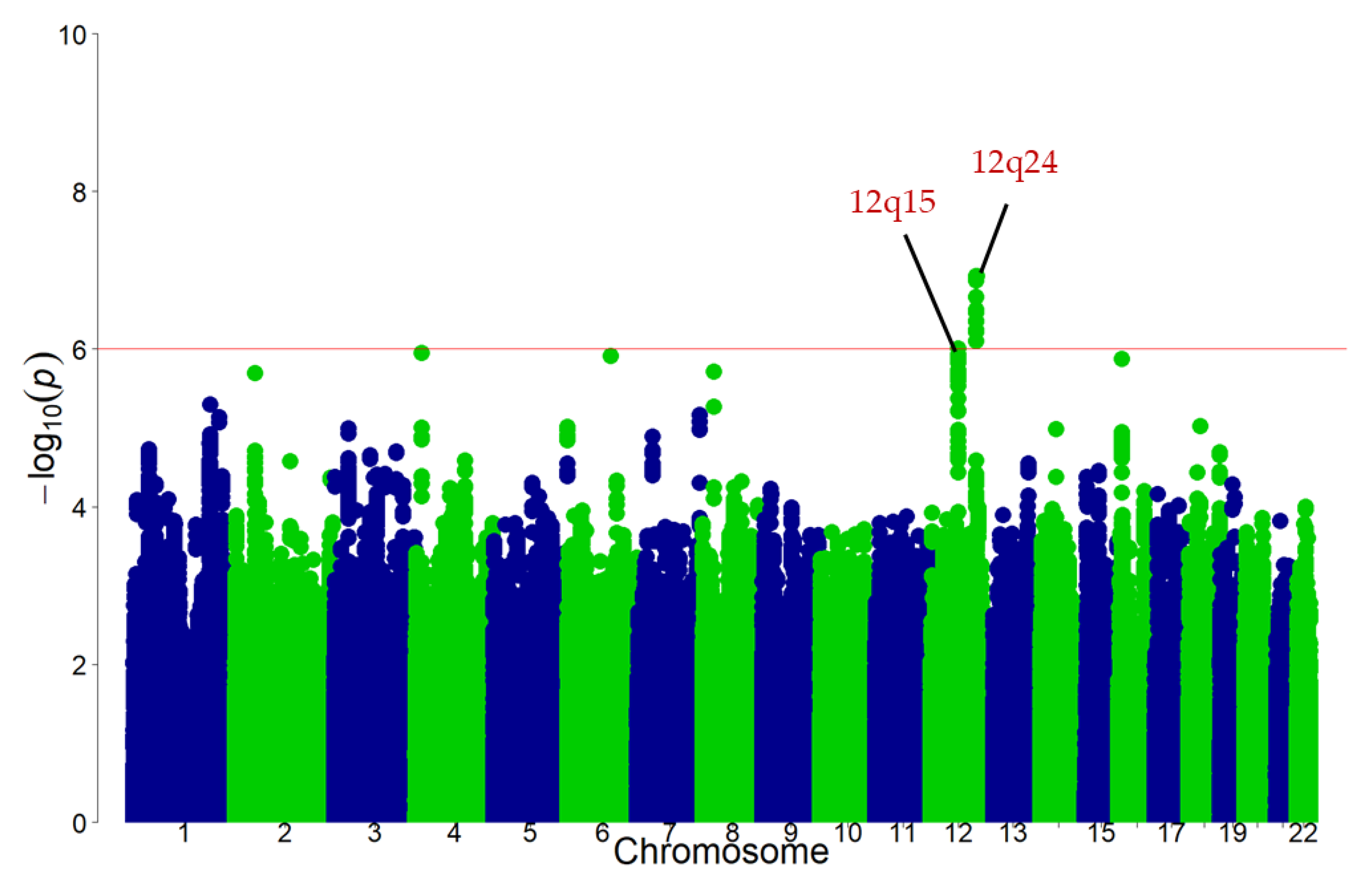 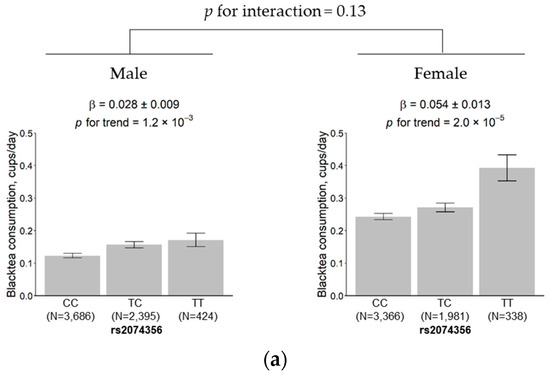 Table 3. Additional adjustment for confounding factors.
Table 3. Additional adjustment for confounding factors.
SE: standard error, BMI: body mass index, PC: principal component.
© 2020 by the authors. Licensee MDPI, Basel, Switzerland. This article is an open access article distributed under the terms and conditions of the Creative Commons Attribution (CC BY) license (http://creativecommons.org/licenses/by/4.0/).
We use cookies on our website to ensure you get the best experience. Read more about our cookies here.
Accept
We have just recently launched a new version of our website. Help us to further improve by taking part in this short 5 minute survey here. here.
Never show this again