Dietary Approaches for Japanese Patients with Diabetes: A Systematic Review

Nutrition therapy plays an integral role in the management of diabetes [1]. Several dietary approaches such as the Mediterranean diet, dietary approaches to stop hypertension (DASH), a vegetarian diet, and a carbohydrate restricted diet have been recommended by the American Diabetes Association (ADA) and reviewed by Ley et al. in The Lancet [2,3]. On the other hand, the Japan Diabetes Society (JDS) has officially recommended only an energy restricted diet since 1965 [4], as it believes that the pathophysiology and food preferences of Japanese patients with diabetes are unique when compared to patients in Western countries [5]. As per the JDS guidelines, energy restriction was calculated based on the ideal body weight as follows: total energy intake (kcal) = ideal body weight (kg = height (m) × height (m) × 22) × physical activity index (obese, 20–25; non-obese sedentary, 25–30; non-obese normal intensity active, 30–35; non-obese high intensity active, 35 and above). In fact, a recent study of the trajectory of body mass index (BMI) in Japanese patients with diabetes has shown it to be continuously normal (approximately 24.4) and not obese [6]. The BMI of Japanese individuals is very different from that of Americans [7] and Europeans [8], suggesting that there must be differences in the pathophysiology as well. However, because the European Association for the Study of Diabetes (EASD) mentioned that energy restriction is not needed in patients whose BMI is lower than 25 [9], the discrepancy in the position of energy restriction between the JDS and the Western countries seems more problematic. Although the JDS guidelines [4] on the dietary recommendations are reportedly based on 86 studies, none of those references support the JDS recommended an energy restriction diet. Eighty-three of these papers were not studies on dietary approach for Japanese patients with type 2 diabetes. The remaining three references were on dietary approaches for Japanese diabetic patients, where one is the ‘eating vegetables before carbohydrate’ diet [10], one is the before-after study on exercise and energy restriction diet which instructed a deficit of 140 kcal/d from the baseline for subjects with metabolic syndrome [11], and the last is the carbohydrate restriction diet [12]. Thus, it is evident that the JDS guidelines are not based on any supportive evidence for energy restriction in diabetic patients with normal BMI, despite the fact that energy restriction is the basis of the consensus in preparing the guidelines by the writing committee [4]. However, since the JDS recognizes that an evaluation of the effectiveness and safety of dietary approaches is needed in their recommendation [5], in this study we have tried to evaluate the effectiveness of the energy restricted diet in Japanese patients with diabetes. Furthermore, in recent years, emerging evidence has suggested that a restricted carbohydrate diet improves glycemic control [13], although it is not yet conclusive, especially in long term follow-ups [1,14]. We have, therefore, evaluated the effectiveness of the carbohydrate restricted diet as well.

Searches of MEDLINE, EMBASE, and Japan Medical Abstracts Society (JAMAS) databases from their inception (MEDLINE 1966, EMBASE 1947, AND JAMAS 1964) until 30 June 2017, were performed. To identify studies related to an energy restricted diet, we used a combination of the following keywords: “low-energy” or “energy-restriction” or “low-calorie” or “caloric-restriction” and “diabetes,” and “Japanese” in the MEDLINE and EMBASE databases. Similarly, for articles related to a carbohydrate restricted diet, we used the terms “low-carbohydrate” or “carbohydrate-restriction,” and “diabetes,” and “Japanese” in the MEDLINE and EMBASE databases. In the JAMAS database, we used the same combination of keywords in Japanese. Other dietary approaches such as, the Mediterranean diet, DASH (dietary approaches to stop hypertension), fat restriction (low fat) diet, low glycemic index (low GI) diet, vegetarian diet, and high-protein diet were excluded because preliminary searches by one author (S.Y.) found no relevant study in Japanese (partly presented in 60th JDS annual meeting in 2017, Nagoya by S.Y.).

The following exclusion criteria were applied: (1) non-Japanese data, (2) non-diabetic patient data, (3) other dietary approaches, (4) unpublished data (including abstracts presented only in scientific meetings), and (5) studies not appropriate for our evaluation such as case series and case reports.
After each search, based on the title and abstract, two authors (S.Y. and Y.K.) extracted relevant reports independently. One author (S.Y.) collected the papers for a full-text evaluation by two independent authors (S.Y and Y.K). Disagreements were primarily resolved through discussions and by consulting a third author (H.N.). We did not perform any quantitative data analysis because our search found few studies that were not enough to perform a meta-analysis.

The risk of bias was assessed against the key criteria: random sequence generation; allocation concealment; blinding of participants, personnel, and assessors; incomplete outcome data; selective outcomes reporting; and other sources of bias, in accordance with the recommendations of the Medical Information Network Distribution Service (Minds) [15].

We reviewed each full-text report to determine its eligibility and extracted and tabulated all the relevant data independently. The extracted data included the characteristics of the subjects (including age, gender), the study design, publication year, follow-up period, and risk parameters. Any disagreement was resolved by consensus among the investigators.

Our systematic review revealed that there are only a few dietary studies in Japanese patients with diabetes. Large-scale trials are needed to more fully evaluate the risks and benefits of an energy restricted diet, which is recommended by JDS. On the other hand, the effectiveness of a carbohydrate restricted diet is supported by limited evidence, at least in the short term. Well-designed and more sophisticated trials are needed to establish evidence-based dietary approaches specifically for these patients.

Our study was supported by the Kitasato Institute Hospital Study Grant. The funders had no role in the design of the study; in the collection, analyses, or interpretation of data; in the writing of the manuscript, and in the decision to publish the results. We would like to thank Editage (https://www.editage.com/) for editing and reviewing this manuscript for English language. 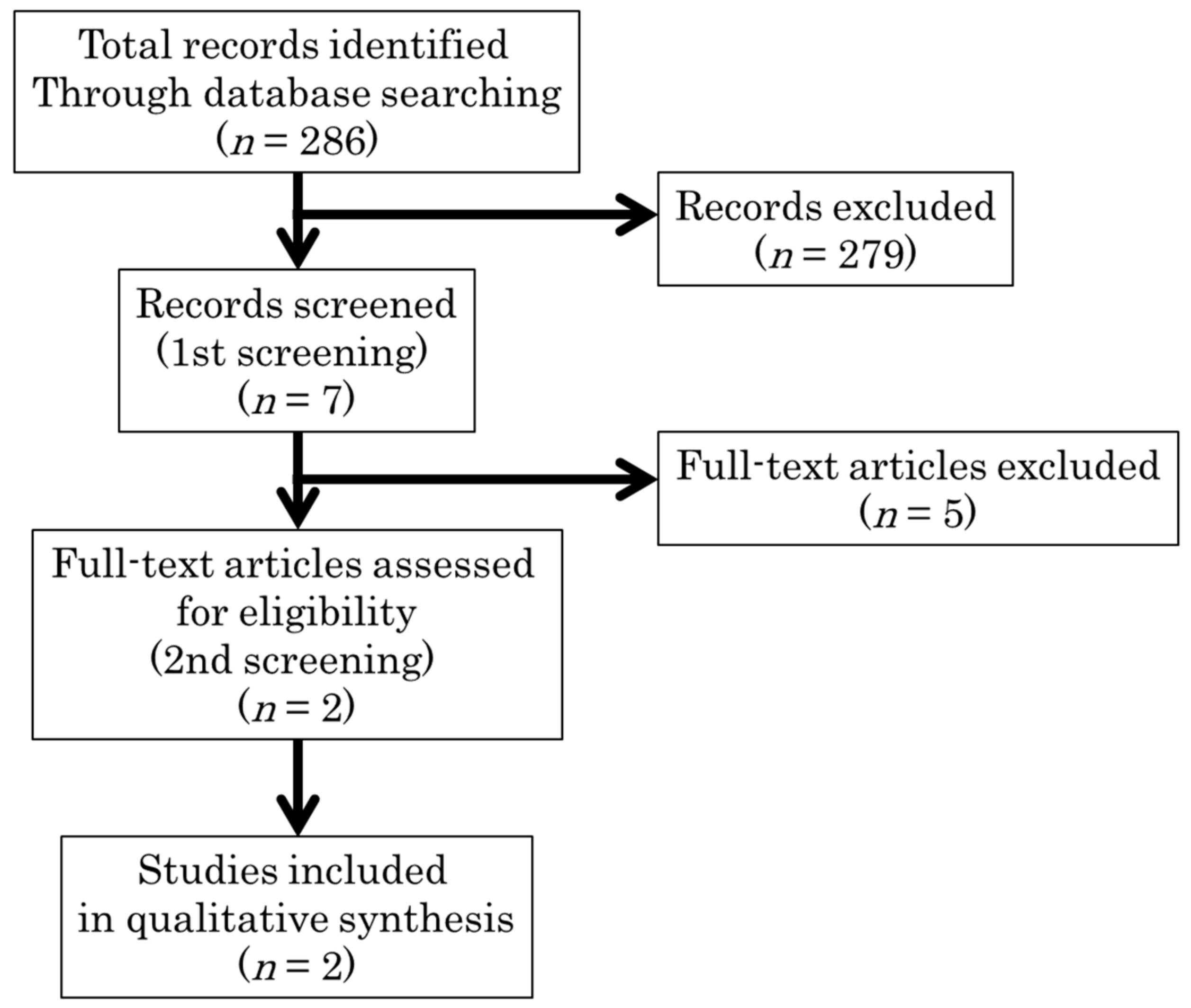 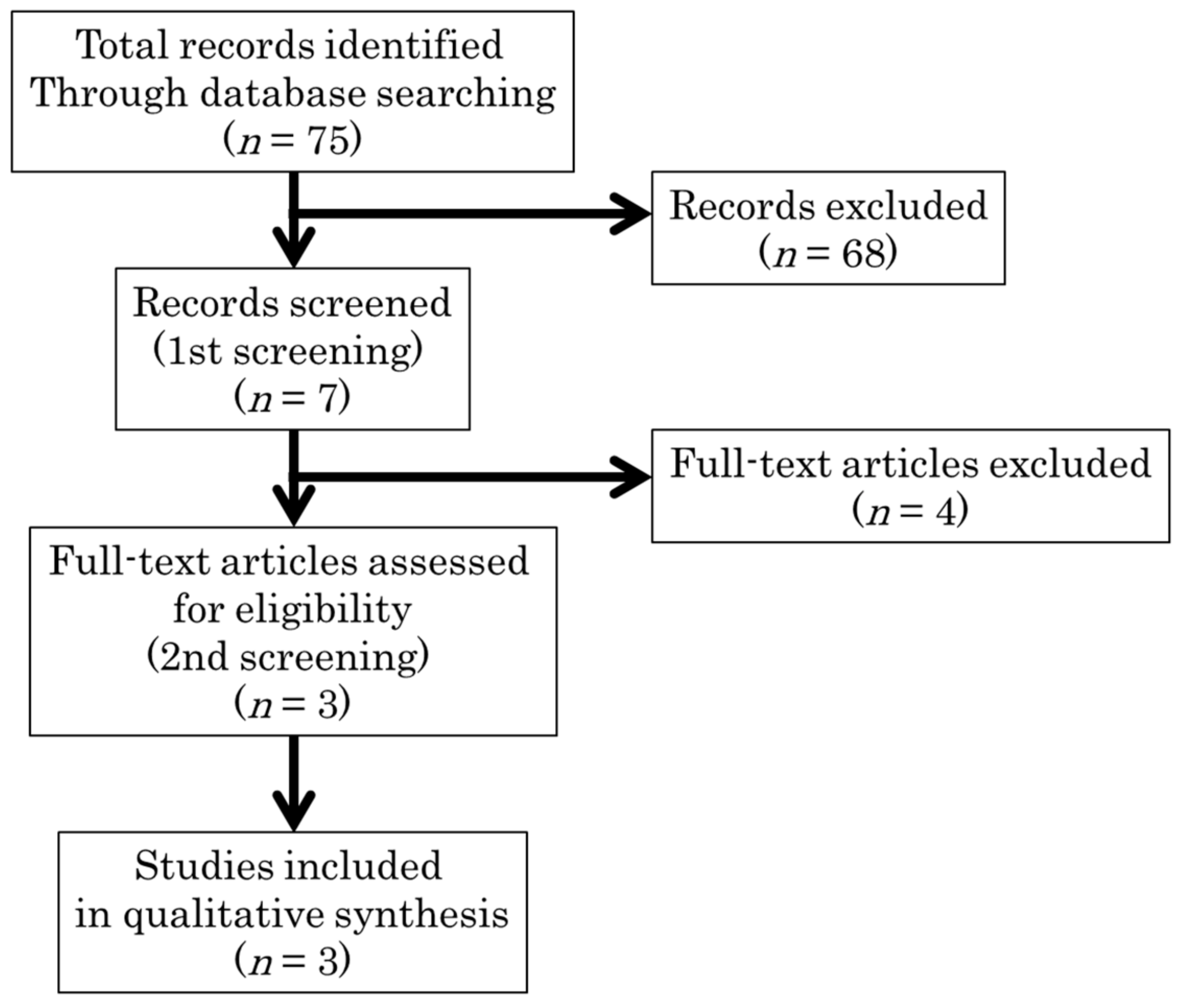