Acute Endothelial Benefits of Fat Restriction over Carbohydrate Restriction in Type 2 Diabetes Mellitus: Beyond Carbs and Fats
Next Article in Special Issue

Lactic acid bacteria metabolites were provided by KOEI Science Laboratory Co. Ltd. (Wako City, Saitama, Japan). Soy milk was heat-treated at 95 °C for 1 h, cooled, and inoculated with 35 strains of 16 species of lactic acid bacteria and cultured at 37 °C for 120 h in a static culture (Figure 1). The culture was subsequently sterilized at 95 °C for 30 min. The resulting lactic acid bacteria-fermented liquid was referred to as the lactic fermentation product (LFP). The LFP contained soy milk substrate and killed lactic acid bacteria. The LFP was filtered to obtain lactic fermentation secretion (LFS) and the residue of LFP (R-LFP). LFS is characterized by the absence of soy milk substrate and killed lactic acid bacteria. The R-LFP was heated to obtain the solid matter. Chloroform and methanol were added to the solid matter to recover lipids, and this was referred to as the lipid components of LFP (LC-LFP). When the weight of the LFP was set to 100%, the weight of the LFS was 80%, R-LFP was 18%, and LC-LFP was 2%. Each sample was adjusted to the same volume with water.

2.3. Grouping of Animals and Administration Methods

2.4. Measurement of Transepidermal Water Loss and Water Content of the Stratum Corneum

All measurements were performed in triplicate for each mouse, and the mean values were calculated. Water content of the stratum corneum and skin was measured using a Cutometer MPA580 (Courage & Khazaka, Cologne, Germany), and TEWL was assessed using a VAPO SCAN AS-VT100 RS (Asahi Techno Lab. Ltd., Yokohama, Kanagawa, Japan).

Cryosections were prepared from tissue samples embedded in 10% formalin in phosphate buffered saline (PBS). Skin sections (10 μm) were stained with hematoxylin and eosin (HE) and analyzed for structural differences using light microscopy.

2.6. Collection of the Stratum Corneum

A glass slide with one drop of cyanoacrylate adhesive was pressed onto the back of a mouse under anesthesia for 1 min and then peeled off slowly to obtain a sample of the stratum corneum.

2.8. Extraction of Lipids and Quantification of Ceramide (AP)

The glass slide used to collect the stratum corneum was soaked in hexane and ethanol (95:5), removed, and the resulting solution was sonicated at 37 °C for 20 min. After filtering, the solution was dried under nitrogen gas. Chloroform–methanol (2:1, v/v) was added to the residue to extract lipids. The extracted sample was separated on a high performance thin layer chromatography (HPTLC) plate (Silica Gel 60, Merck, Darmstadt, Germany). The plate was developed twice using chloroform–methanol–acetic acid (190:9:1, v/v) as an eluent. Subsequently, 10% CuSO4 and 8% H3PO4 aqueous solution were sprayed onto the plate, and the plate was heated at 180 °C for 10 min in a plate heater for visualization. Ceramide was quantified based on the density of the visualized band.

The thickness of the epidermis was measured at the horizontal midpoint of each visual field. Approximately 50 individual measurements were made along the wound margin for each histological section, and the mean thickness was calculated.

The author declar es no conflicts of interest. 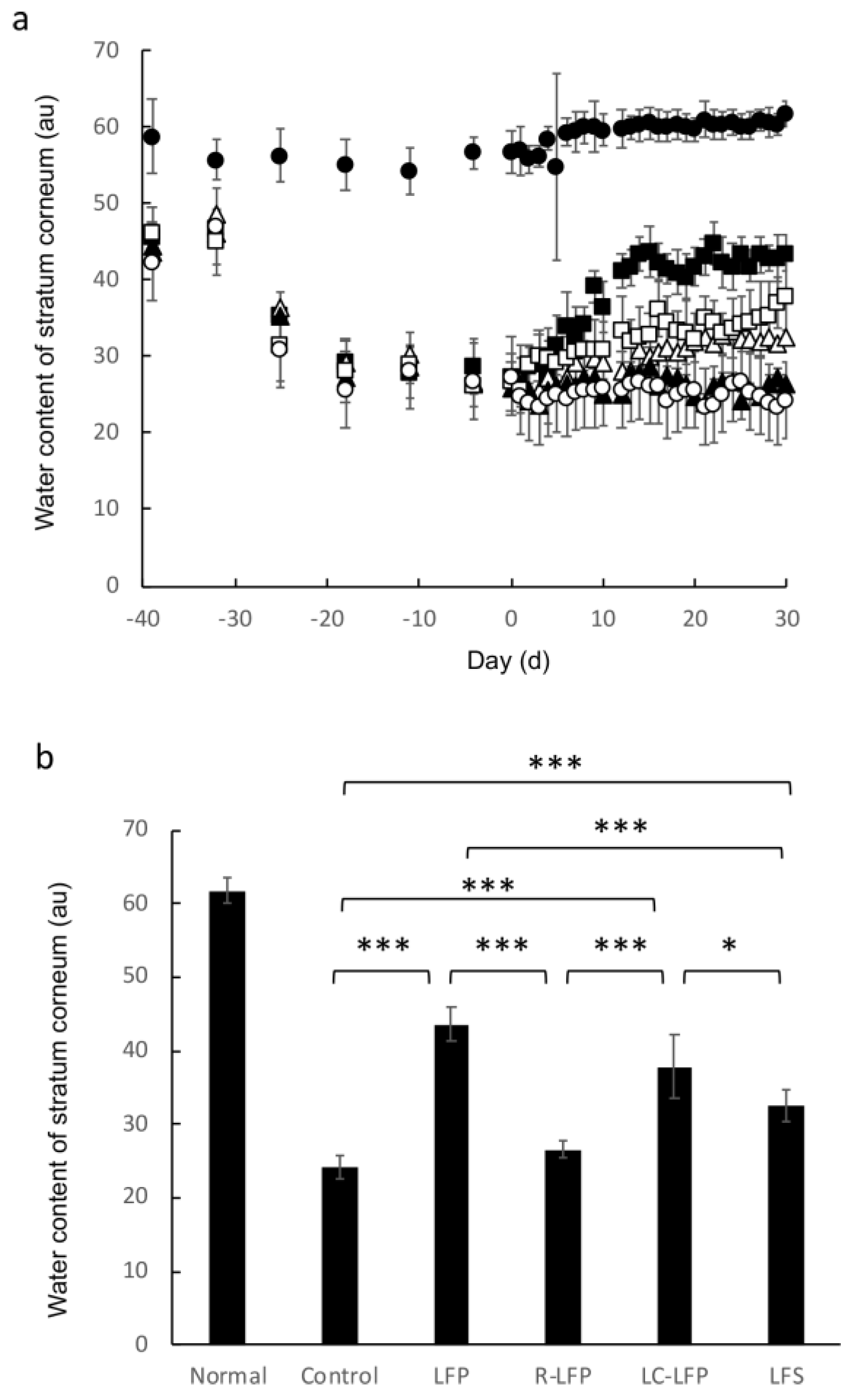 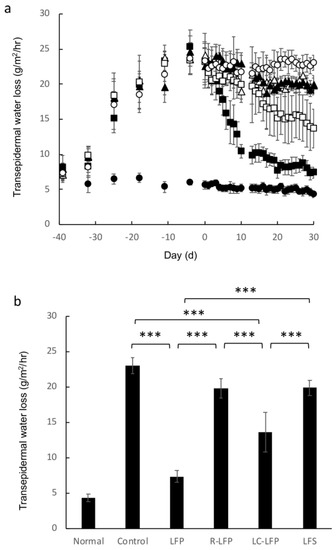 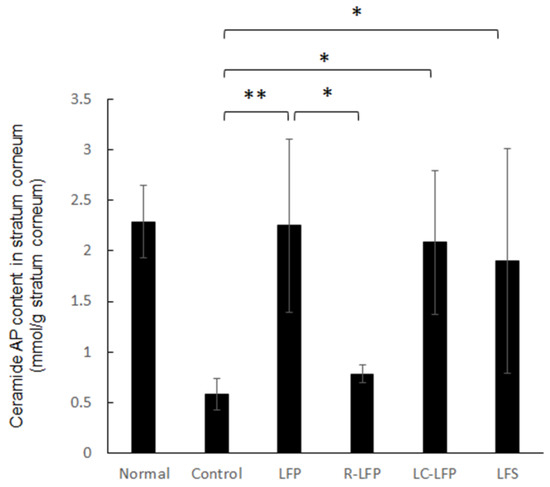 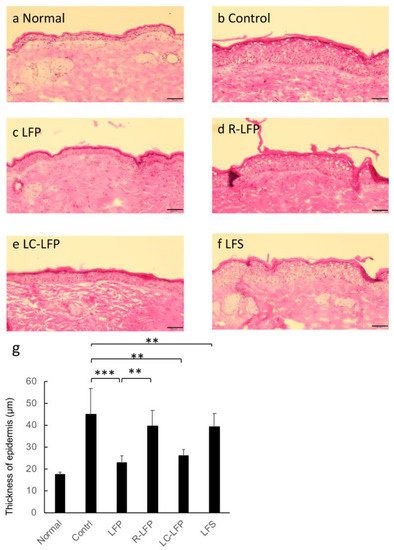 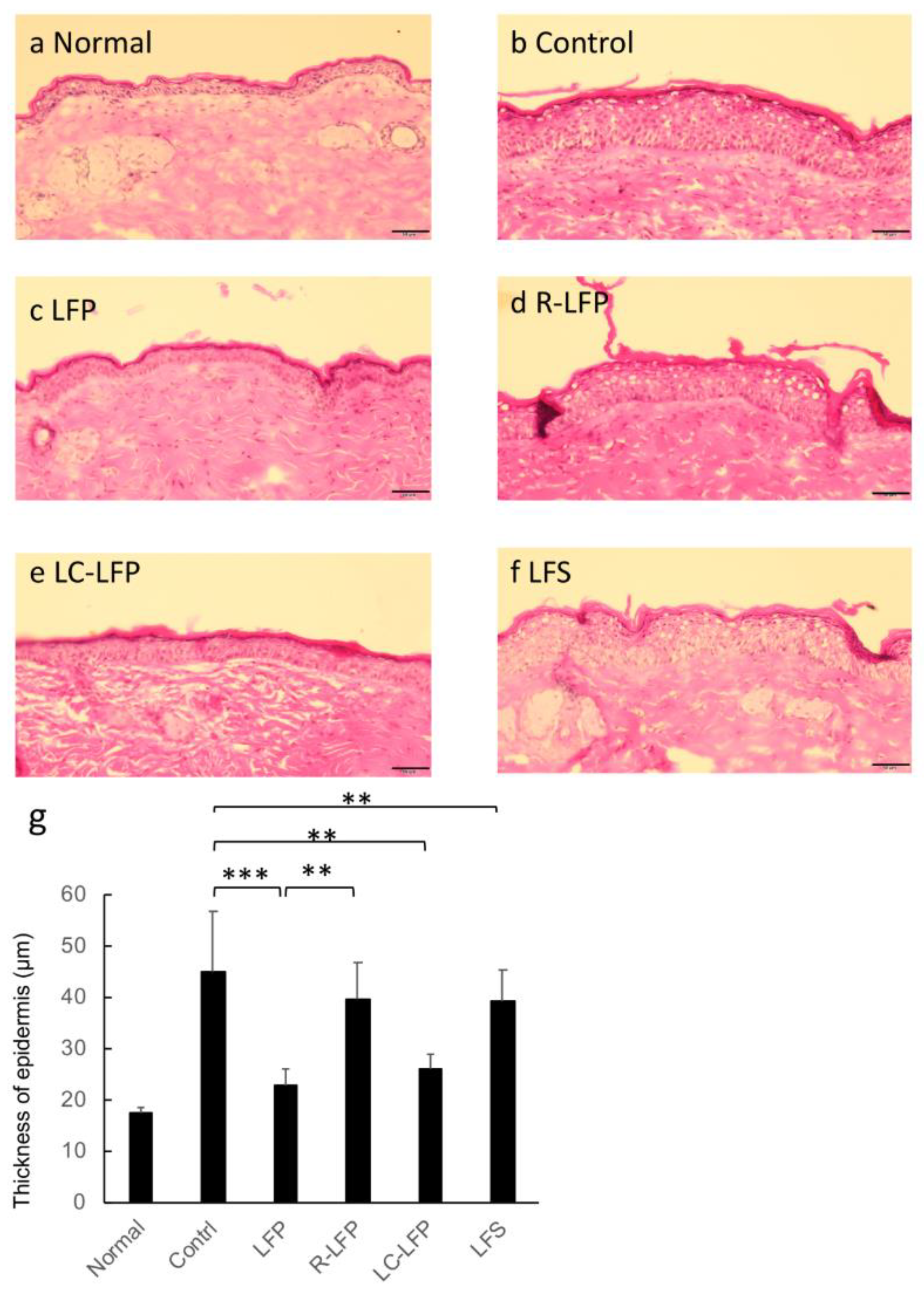 Table 1. Experimental groups in this study.
Table 1. Experimental groups in this study.
© 2018 by the author. Licensee MDPI, Basel, Switzerland. This article is an open access article distributed under the terms and conditions of the Creative Commons Attribution (CC BY) license (http://creativecommons.org/licenses/by/4.0/).
We use cookies on our website to ensure you get the best experience. Read more about our cookies here.
Accept
We have just recently launched a new version of our website. Help us to further improve by taking part in this short 5 minute survey here. here.
Never show this again