Moving from Space-Based to Ground-Based Solutions in Remote Sensing for Archaeological Heritage: A Case Study from Egypt

This paper evaluates the results of a 2016 study examining high-resolution open-source satellite data from 2002–2013 for sites across Egypt that mapped looting and site encroachment. The author features a looted tripartite coffin (now returned to Egypt) to suggest how satellite imagery might narrow down or provide the general provenience of looted objects and their possible site origins. Mapping where looting has occurred, the intensity of the looting, and emerging future threats to sites are important, but there is no established method at present to work backwards from unprovenanced looted items. Through an assessment of when objects enter countries illegally, the time-period of the looted objects, and an analysis of satellite imagery looting data concerning their country of origin, it is possible to suggest a potential provenance for looted objects. This approach shows how satellite data can be integrated into traditional provenance research. This study presents a workflow for how other projects might utilize a similar approach in other countries.
Keywords: open-access; cultural heritage; Egypt; looting; provenance open-access; cultural heritage; Egypt; looting; provenance

This paper furthers research done in a 2016 study using open-access and high-resolution satellite imagery to examine looting and archaeological site changes across Egypt’s Delta and floodplain regions from 2002–2013. The team examined over 1100 “sitescapes” or larger archaeological landscapes (i.e., Luxor) over this 12-year period to assess patterns of looting, landscape change, and threats to ancient sites. Of the 1100 sitescapes, our team identified looting at 279 sites, with over 200,000 looting pits mapped. An unexpected finding involved the increase of looting beginning not in 2011 after the Arab Spring, as preconceived, but in 2009–2010, following the global recession, showing how patterns of looting can be closely linked to periods of economic instability [26].
Given the range of Egyptian antiquities recovered from auction houses, busts, and at key ports, there is a pressing need to establish likely site origins for these pieces [27]. Without chemical testing to match geological/soil samples taken from an as-yet-not-in-existence database of sites across Egypt, there does not appear to be any other way to suggest a potential provenience for said objects. If dirt samples could be taken from looted pieces (which could be found in tiny crevices), and a soil database existed for all of Egypt, then scientists might be able to suggest likely sites or regions of origin for pieces. This would assist with prosecution and returning the objects to their sites of origin and local museums/storehouses, and would aid Egyptologists in studying the objects. Until such a soil database exists and is a proven success, archaeologists must rely on possible sites of origin for objects. The Ministry of Antiquities Recovery and Repatriation unit investigates dozens of cases a year in Egypt and abroad, but does not have potential site provenience data for the thousands of recovered objects in their database from seizures in Egypt or abroad.
This paper attempts to establish the likely provenience for a looted Saite- Early Ptolemaic period (ca., 664 BC–323 BC) tripartite coffin repatriated to Egypt in 2015 (Figure 1) and to establish methods to be replicated by other satellite remote sensing looting studies. For the 2016 Egypt looting project [26], compiling previous excavation and survey reports allowed us to calculate many temporal ranges for sites. We created a detailed database of all the looted and damaged sites from the open-access and high-resolution satellite imagery, including number of looting pits, type of damage to sites, and their date ranges. Some sites only had data from a limited time-period (a single dynasty or period), while others had multiple periods of occupation. This database is kept securely on a private server, accessible only by the author and project collaborators. It is being updated as new imagery becomes available. To protect those sites, and at the request of Egypt’s Ministry of Antiquities, it is not possible to share the database.
During a 2009 raid, US ICE agents found an Egyptian Saite Period sarcophagus, with $2.5 million total of antiquities seized from that location [28]. This case, called “Operation Mummy’s Curse”, began when Special Agent Brenton Easter of the U.S. Department of Homeland Security (DHS) discovered a known looted head of an Iraqi statue, owned by antiquities dealer Mousa “Morris” Khouli. Agent Easter noted additional unprovenanced antiquities for sale on the website of Windsor Antiquities (owned by Khouli) in New York. He examined Khouli’s import records and discovered dozens of antiquities with the United Arab Emirates noted as their origin. Easter visited his gallery and obtained a warrant after Khouli had explained he imported the Egyptian objects from UAE [29]. This violated the National Stolen Property Act [29], which states it is against the law to import cultural treasures in violation of that country’s heritage laws. In Egypt, it is illegal to export any treasures greater than 100 years of age, with all antiquities found after 1983 belonging to Egypt’s government. This applies to all current archaeological projects in Egypt, where special permits must be obtained to take any samples out of the country. Easter found the sarcophagus (part of the tripartite coffin) in Khouli’s garage. Additional finds included another sarcophagus, furniture, wooden boat models from the Middle Kingdom, as well as limestone figures.
Three other individuals faced charges: Salem Alshdaifat (a numismatics dealer); Ayman Ramadan (an antiquities dealer); and Joseph A. Lewis II, a pharmacy company CEO and well-known collector of butterflies and antiquities. They received the equivalent of a wrist slap: Alshdaifat had to pay a $1000 fine (after being accused of assisting transactions between overseas sellers and Khouli), and Lewis had all charges dismissed, despite paying $150,000 for the antiquities. Khouli got a year’s probation, 200 h of community service and half a year of house arrest [30]. No one charged with any Federal antiquities-related crime has gone to jail in the US since 2002, when a judge sentenced ancient art dealer Frederick Schultz to serve 33 months in federal prison [31]. Schultz claimed that as no one technically owned the antiquities in question, they could not be deemed stolen.
As part of National Geographic story on looting in Egypt [32], the author visited an ICE facility in New York, where she met with ICE agents working on the case and shared the preliminary results of the Egypt looting research project with them. During the process of artifact assessment, the author asked if a provisional provenience assignment based on the satellite survey data might assist with the case. A lack of probable cause for antiquities trafficking case will make prosecution unlikely in the first instance. While the establishment of probable cause does not guarantee a case will be heard in court, it at least will make prosecution more likely. Thus, the author developed this research project as a test case: Is it remotely possible to work backwards from a known looted object to a potential site of origin, as mapped from satellite imagery? The implications for a successful test would be significant for archaeologists conducting looting mapping projects across the MENA region, in China, Peru, Mongolia, and any other countries where site looting is clearly visible on high-resolution satellite data.

Looting continues, unabated, across the globe, and urgent attention needs to be given to the issue before many sites are mostly destroyed above ground. Regulating the market presents an enormous challenge with diverse stakeholders [40,41]. Illegal quarrying and unchecked development represent two major threats to sites in Egypt at present, especially in the Dashur and Lisht regions, where illegal quarrying has increased 29,700% percent over time, with hundreds of tombs and even a potential pyramid destroyed [42]. Massive population growth has fueled the need for additional construction materials. This unchecked development, whether in the form of site destruction or encroachment, is of greater risk to sites versus looting. Large fences are not the answer: We simply do not know where all the sites are to protect, or even the limits of their boundaries. We know objects from these sites leave countries, but the timelines and routes they take to western markets are simply not well understood [43], and the laws can be ambiguous [44]. The first step to reducing and ideally stopping looting is the development of a worldwide site looting database. With advents in machine learning, the open-accessibility of new satellite datasets, and crowdsourcing it may be possible to have this database within the next 10 years. Once methods are in place to connect looted sites with objects and the dates those objects may have been removed from countries, an important threshold will be crossed in discouraging their removal in the first place. The antiquities market should be put on notice.

Sarah Parcak is President of the Board of Globalxplorer. She is also an archaeology Fellow with the National Geographic Society. 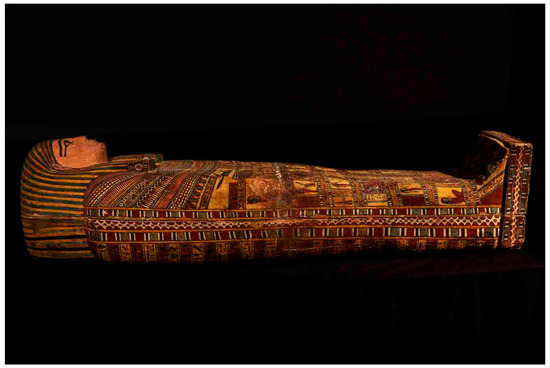