Root-zone soil moisture (RZSM) plays a key role for most water and energy budgets, as it is particularly relevant in controlling plant transpiration and hydraulic redistribution. RZSM data is needed for a variety of different applications, such as forecasting crop yields, improving flood predictions and monitoring agricultural drought, among others. Remote sensing provides surface soil moisture (SSM) retrievals, whose key advantage is the large spatial coverage on a systematic basis. This study tests a simple method to retrieve RZSM estimates from high-resolution SSM derived from SMAP (Soil Moisture Active Passive). A recursive exponential filter using a time constant is calibrated per land cover type, which uses as an intermediate step a long-term ISBA-DIF (Interaction Soil Biosphere Atmosphere—Diffusion scheme) dataset over an area located in Catalonia, NE of Spain. The values thus obtained are then used as an input to the same recursive exponential filter, to derive 1 km resolution RZSM estimates from 1 km SMAP SSM, which are obtained from the original data by downscaling to a 1 km resolution, through the DISPATCH (DISaggregation based on a Physical and Theoretical scale CHange) methodology. The results are then validated with scaled in situ observations at different depths, over two different areas, one representative of rainfed crops, and the other of irrigated crops. In general, the estimates agree well with the observations over the rainfed crops, especially at a 10 cm and 25 cm depth. Nash–Sutcliffe (NS) scores ranging between 0.33 and 0.58, and between 0.37 and 0.56 have been found, respectively. Correlation coefficients for these depths are high, between 0.76 and 0.91 (10 cm), and between 0.71 and 0.90 (25 cm). For the irrigated sites, results are poorer (partly due to the extremely high heterogeneity present), with NS scores ranging between −2.57 and 0.16, and correlations ranging between −0.56 and 0.48 at 25 cm. Given the strong correlations and NS scores found in the surface, the sensitivity of the filter to different values was investigated. For the rainfed site, it was found, as expected, with increasing , increasing NS and correlations with the deeper layers, suggesting a better coupling. Nevertheless, a strong correlation with the surface (5 cm) or shallower depths (10 cm) observed over certain sites indicates a certain lack of skill of the filter to represent processes which occur at lower levels in the SM column. All in all, a calibration accounting for the vegetation was shown to be an adequate methodology in applying the recursive exponential filter to derive the RZSM estimates over large areas. Nevertheless, the relative shallow surface at which the estimates correlate in some cases seem to indicate that an effect of evapotranspiration in the profile is not well captured by the filter. View Full-Text
Keywords: root-zone soil moisture; SMAP; downscaling; DISPATCH; ISBA; land cover; ESA CCI root-zone soil moisture; SMAP; downscaling; DISPATCH; ISBA; land cover; ESA CCI
►▼ Show Figures 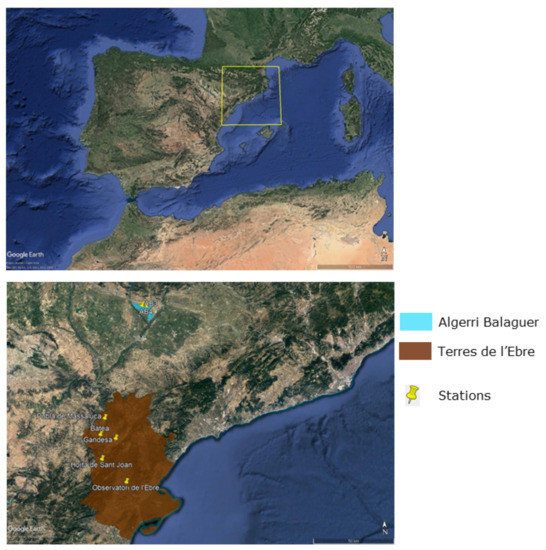