By applying the method with the ancillary and auxiliary data as described in Section 2 and running the operational ECM package using the S-NPP VIIRS reprocessed SDR data as input, we have produced the reprocessed ECM for the period from 1 April 2018 to 11 March 2020. The retrieved cloud properties in the ECM products include four cloud mask types (clear, probably clear, probably cloudy, cloudy), and cloud probability (0.0–1.0). In this preliminary study, we investigated the differences between the operational and reprocessed ECM products for the selected day on 1 May 2018 and chose six granules for detailed comparisons in the cloud mask types and cloud probability. These six granules are located close to the southeast corner of Australia and were chosen under the considerations to (1) avoid the Antarctic region (60S~90S), because the accuracy of ECM in high latitudes (>60o) is less than that between 60S and 60N [26], and (2) include both land and ocean surfaces. There are 14,745,600 pixels included in the six granules on 1 May 2018.

The scientific results and conclusions, as well as any views or opinions expressed herein, are those of the authors and do not necessarily reflect those of NOAA or the Department of Commerce.

This research was funded by NOAA (Grant #NA19NES4320002) to the Cooperative Institute for Satellite Earth System Studies (CISESS) at the Earth System Science Interdisciplinary Center (ESSIC), University of Maryland.

The authors would like to acknowledge the technical support of the NOAA ASSIST team for setting up the ECM package. 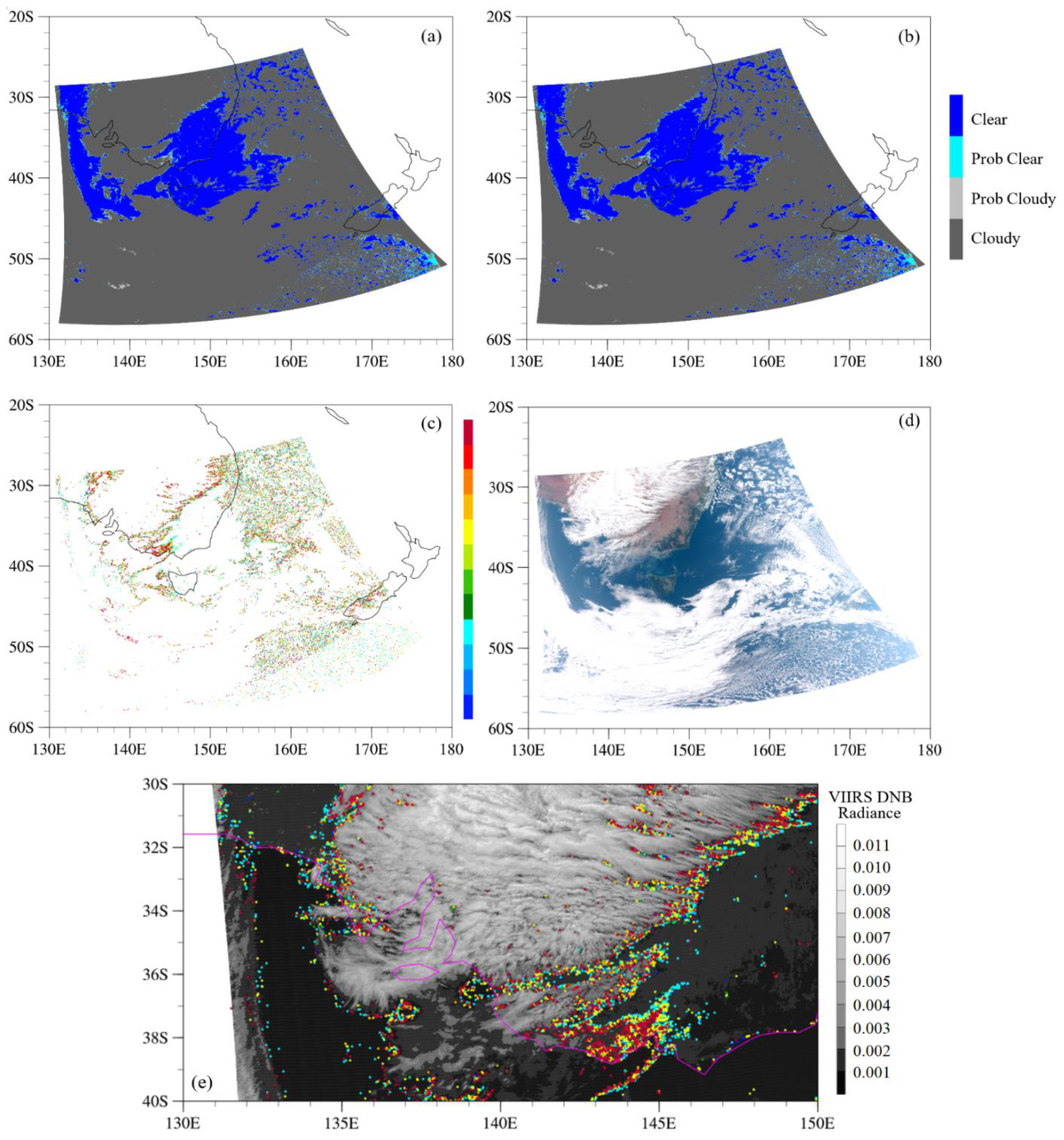