Interannual Variations of TOA Albedo over the Arctic, Antarctic and Tibetan Plateau in 2000–2019
Previous Article in Special Issue

A total of three WWTP study sites (Figure 2) located in Cranfield University (Cranfield, England), Worcester (Worcestershire, England), and Malvern (Worcestershire, England) were selected based on their capacity (i.e., size) and treatment type (TF/AS). The site at Cranfield is located 80 km north-west from London, one kilometer North of Cranfield University. The WWTP serves the university’s facilities, as well as the student (4500) and staff (1500). There are three TFs at this facility. The three TFs are 5.4 m long and they have a diameter of 12.3 m. They have a total of 10 orifices per arm, with the diameter of each orifice being 24 mm [25]. The area covered by each TF is 475 m2. A total of 675 m3 of wastewater per day is treated and discharged into the Chicheley Brook, which flows into the River Great Ouse, an Environment Agency Freshwater Fish Protected Area [26]. Within this site, the treatment train comprises an inlet screen, balance tank, a lamella clarifier, a primary TF, then a second lamella clarifier and TF, and to a final TF before the discharge of the effluent to the Chicheley Brook.
The site at Worcester has a capacity for 130,000 p.e. and it is located near the city center. The only biological treatment used in this WWTP is AS. The site has two AS tanks; the first one is 72 m × 44 m × 2.5 m and the second tank is 65 m × 30 m × 2 m. Both of the tanks have three lanes each with aerobic and anoxic configuration. The normal dissolved oxygen in the aerobic zone is 1.5 mg L−1 and for the anoxic zone is 0.8 mg L−1. The treatment train consists of inlet screening and grit removal, sedimentation tanks, AS process, and sedimentation tank.
The site at Malvern has a capacity for 36,000 p.e. and it is approximately 23 km south-west from Worcester, discharging its effluent to Pool brook. The site treats a total of 4500 m3 of wastewater per day, where two-thirds is treated by six TFs of 32 m diameter, whilst the other third is processed by an additional five TFs of 30 m diameter. The 32 m diameter TFs cover a total area of 735.4 m2 each and have arms of 15.3 m length each with a total of 31 orifices per arm and an orifice diameter of 42 mm. The 30 m diameter TFs cover an area of 642.4 m2 each and they have rotating arms of 14.3 m length, with 29 orifices per arm of 37 mm each in diameter. The treatment train consists of inlet screening, and grit removal, followed by a sedimentation tank and distribution to the TFs. The effluent is then treated in a humus tank to clarify it before discharge.

The collected imagery was divided into two subsets for calibration and validation purposes. The calibration subset was used for the development of the algorithms, whereas the validation (independent) data set was used to test their accuracy. The validation data had a 50:50 ratio of cases depicting “working” and “sub-optimal” or “failure” configurations (Table 3). The set of algorithms was generated in open source software (OpenCV, Microsoft Visual Studio 2017) to detect TF and AS failure. The Core, imgproc, and HighGUI modules were used for the development of the algorithms (OpenCV, Microsoft Visual Studio 2017). For the TFs, the lack of water flow and, therefore, lack of rotation, was detected based on the number of pixels showing a change in pixel color between a baseline image depicting stationary conditions and the performance conditions being tested. The water coming out of the filter generates a pattern on the still water within the tank that presents a color that is slightly lighter than the background water. The algorithm first detects the different colors of the image for each RGB (Red, Green, and Blue) band. Further, the algorithms detect which pixels are in a determined range of colors previously established as reference values for water. These reference values were obtained through visual assessment of the range of R, G, and B combinations that best represented water in all of the calibration images (32) that were collected at Cranfield, Worcester, and Malvern WWTPs. Any pixels within the range of the combined reference values for R, G, and B were classified as “water”, whereas anything outside the range was classified as “other”. The algorithms then transform the image into black and white, where white represents the “water” class and black represents “other”. The ratio of white over all pixels within the image is then estimated; variations in this ratio with respect to the ratio observed for stationary conditions indicate plausible failure or a change in asset performance. For the TF failure to be diagnosed, the variation in the ratio with respect to the stationary conditions should be larger than the average of the ratios obtained for all of the calibration images collected at the TF under scruitiny.
A similar approach was used to detect whether AS’s were operating sub-optimally. Here, the white pixels are used as an indicator of the quantity of bubbles in the tank. The averaged ratio across all of the calibration images was estimated and used as the reference threshold for sub-optimal performance detection. Ratio values that were above the threshold were considered to indicate a change in aeration pattern and, therefore, sub-optimal conditions.

Table 3 summarizes the number of frames used for calibration and validation purposes at each WWTP. A total of 8, 3, and 21 frames that were collected with the Parrot Anafi UAS were used for the development of the algorithms for the study sites at Cranfield, Worcester, and Malvern, respectively.

The variation in the TF ratios of white pixels over total number of pixels differed, depending on the site and TF inspected, with values that range from 1.3% to 2.7% for Cranfield and 8.6% to 7.7% for Worcester. Figure 4 shows typical values and image outcomes obtained for the TFs and ASs algorithms. The threshold values for the classification of an asset as failing or working correctly are not reported, due the confidentiality aspects of the research carried out.
Validation was assessed through a total of 28, 40, and 132 tests at the Cranfield, Worcester, and Malvern WWTPs, respectively (Table 3). Table 4 summarizes the number of validation test carried out under working/failing conditions. The accuracy of the algorithms developed varied between WWTP sites (Table 4) and asset inspected. For the TFs, the best performance was observed at Cranfield WWTP with an accuracy of 81%, whereas the accuracy for the detection of TF failure in Malvern was only 55%. These results were mainly driven by the large number of false negatives identified in Malvern. For the AS at Worcester WWTP, an accuracy of 95% was achieved for the detection of failure scenarios.

The potential for implementation of a combined image processing and unmanned aircraft system (UAS) framework to reduce the maintenance costs of wastewater treatment assets was investigated. Three different quadcopters for image acquisition were tested in three WWTPs, where trickling filters (TFs) and activated sludge (AS) processes were present to illustrate conventionally used assets. The Parrot Anafi UAS obtained the highest quality imagery within the platforms tested. The image analysis algorithm developed was able to identify asset failure with a 55% to 81% accuracy for TFs and 95% for AS. Performance was heavily dependent on ground sampling distance, flight and environmental conditions; evidencing that site specific parameter adaption is required for optimizing the framework. The use of autonomous docking platforms was also investigated with positive results, although regulatory constraints for UASs operations currently limit their implementation. The research demonstrated that the use of image processing and UASs for automatic failure and sub-optimal performance identification can minimize WWTPs maintenance tasks, reducing operators’ site visits to when asset failures occur and, hence, significantly reducing the operational costs for water utilities.

This research was funded by the Andrea Wilson Memorial Bursary, a memorial bursary created in collaboration between Atkins, Severn Trent Water, Scottish Water and Cranfield University.

We thank Andrea Wilson for her legacy and inspiration; she was the first Severn Trent Water UAS pilot working on using UAS for asset inspections. Special thanks to Atkins, Severn Trent Water, Scottish Water and Cranfield University for making this possible. We also thank the reviewers for their constructibe feedback. The manuscript has been considerably improved thanks to their comments. 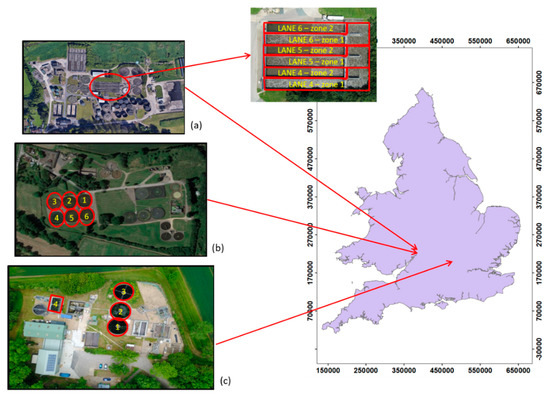 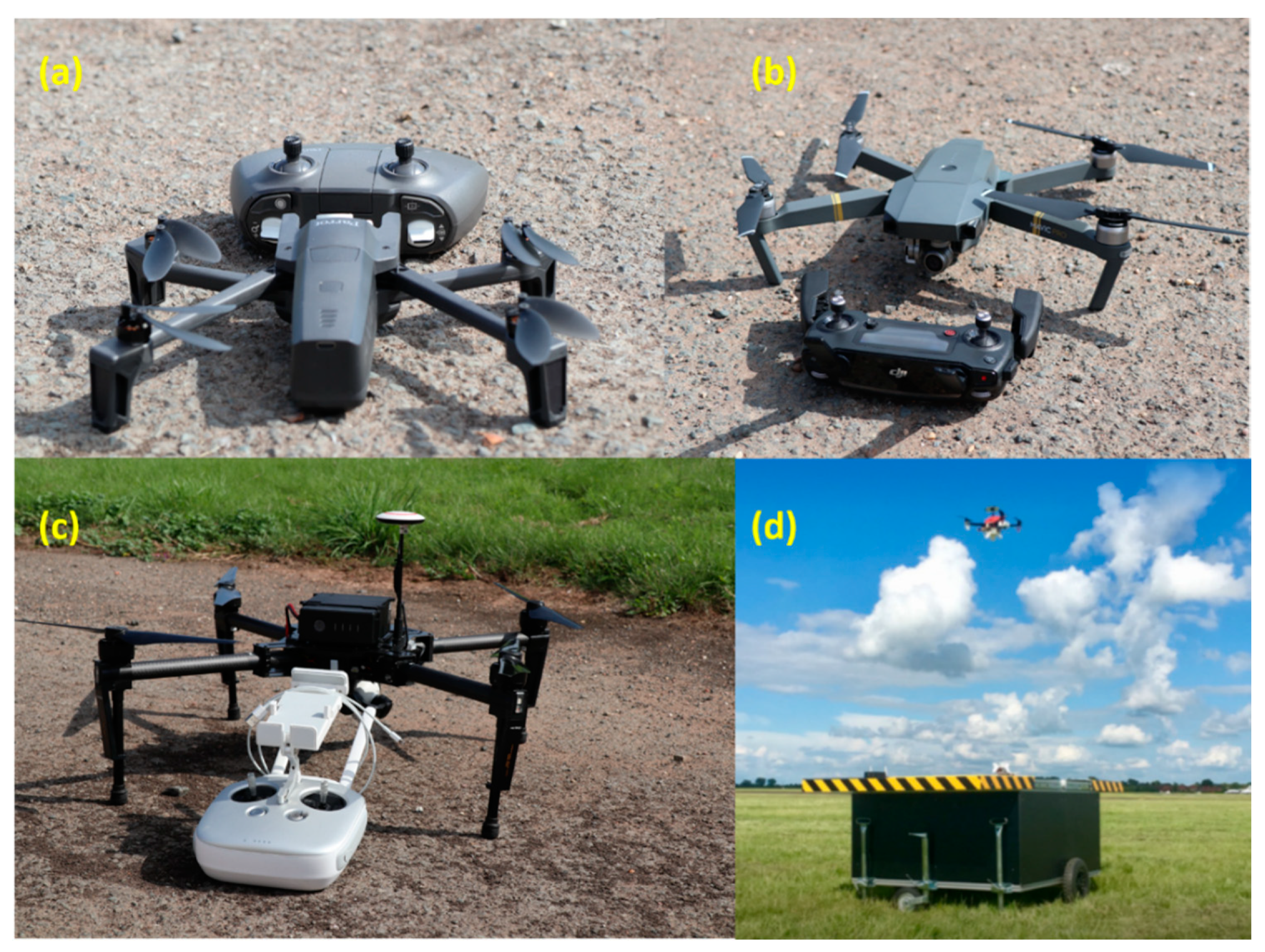 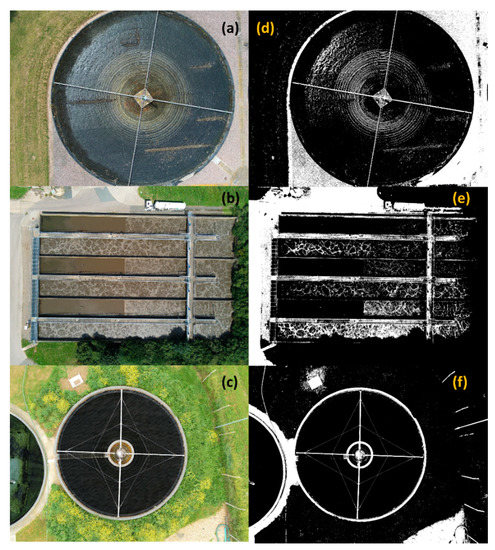 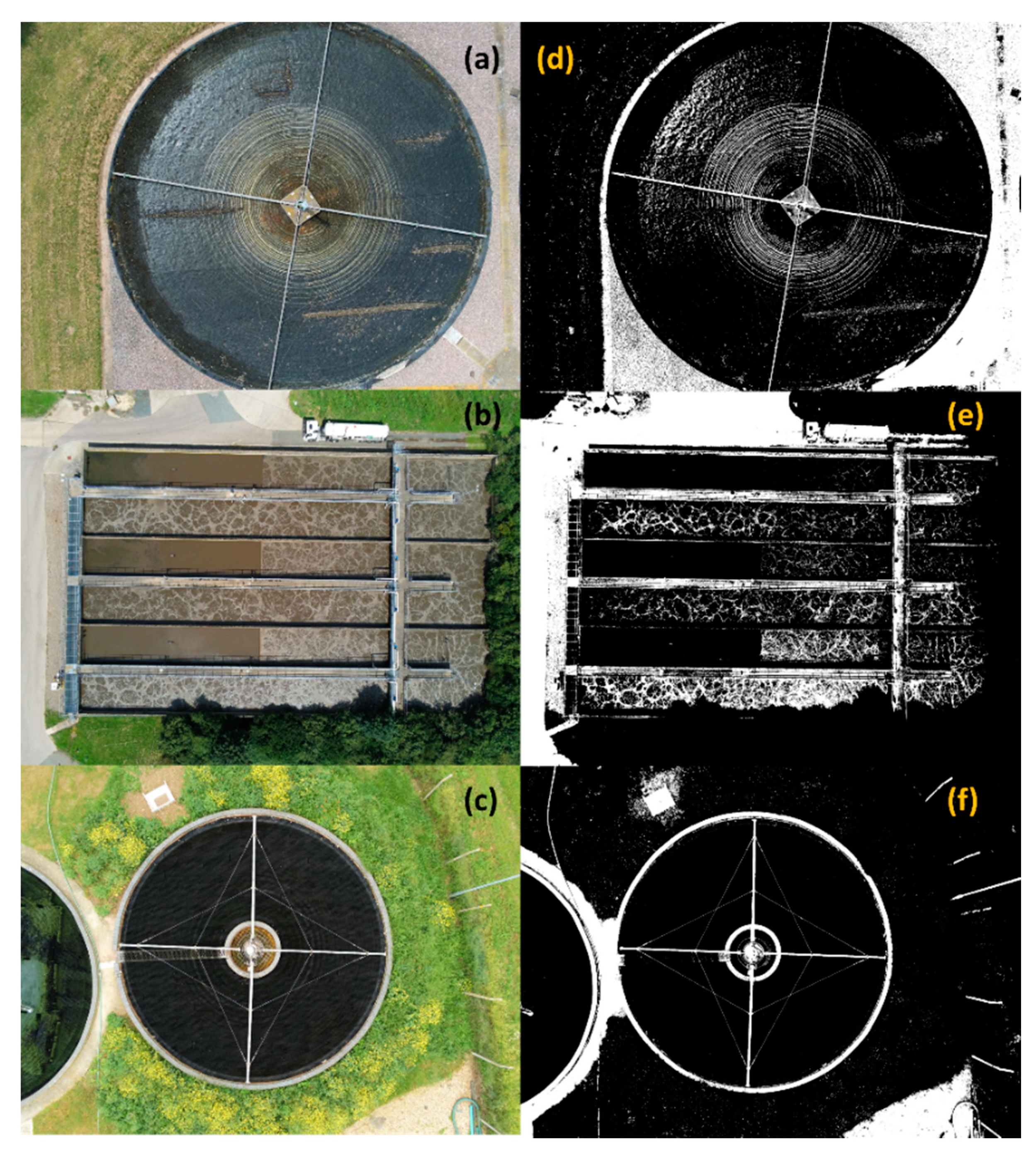