The ICESat-2 mission produces along-track ground topography in forested terrain that includes telemetry data (ATL00), reformatted telemetry (ATL01), science unit converted telemetry (ATL02), global geolocated photon data (ATL03), land vegetation elevation (ATL08), and a land/canopy grid (ATL18) [37,38,39,40,41]. ATL00, ATL01, and ATL02 are original photon data sets without scientific algorithms. ATL03 is the geolocated photon cloud and serves as the input data for each of the higher-level data products such as ATL08 and ATL18. The ATL08 algorithm was developed specifically for the extraction of terrain and canopy heights from the ATL03 photon cloud data, and the ATL08 geophysical data product has a 100 m step size in the along-track direction [33]. The ATL03 product not only includes latitude, longitude, height, and signal photon confidence level of each received photon, but also includes tx_pulse_energy, tx_pulse_skew_est, tx_pulse_width_lower, and tx_pulse_width_upper parameters, which may be related to laser intensity and laser pointing angle [37]. All ICESat-2 data products were acquired from https://search.earthdata.nasa.gov.
Here the ATL03 product parameters were used, including lat_ph, lon_ph, h_ph, geoid, delta_time, signal_conf_ph, sc_orient, tx_pulse_energy, tx_pulse_skew_est, tx_pulse_width_lower, and tx_pulse_width_upper. The names and corresponding descriptions of product parameters are listed in Table 1 [37,38,39]. In order to reduce the influence of noise photons in forested terrain ground topography measurement, a signal_conf_ph of 4 was used as the signal photon parameter evaluation standard.
A diagram of ICESat-2 for estimating ground topography in forested terrain is illustrated in Figure 2. The forward orientation (sc_orient=1) corresponds to ATLAS traveling along the +x direction in the ATLAS instrument reference frame [41,42,43]. The ATLAS signal photon shown in the yellow square represents the photons detected from the gt3r laser channel. The ATLAS footprint shown in the red square represents the photons detected from the gt3l laser channel. The number of photons in the gt3l channel is less than in the gt3r channel, which is due to the backward orientation of ATLAS [43]. The photon level in the along-track direction was selected to calculate the ground topography in forested terrain. In the right figures, the two laser beams are 90 m apart. The ground topography measured by the two laser beams is similar, and the terrain elevation ranges from 130 m–145 m.
Due to the influence of sunlight as well as atmospheric and system noise, a large number of noise photons are present in the ATLAS data, which seriously reduce the ground elevation measurement accuracy. In order to improve the estimation accuracy of ATLAS photon data, NASA proposed a Differential, Regressive, and Gaussian Adaptive Nearest Neighbor (DRAGANN) method and ATL08 data classified algorithm to filter out noise photon data and classify ground photons [41,42,43]. In order to explore the estimation accuracy of forested terrain from ATLAS data, this contribution chose to associate the ATL08 classified label with the ATL03 photon data and used the ground signal photons flag mentioned in ATL08 as ground photons to establish an ATLAS-based DTM (Table 2) [37].
To assess the accuracy of the six beam-ATLAS DTM, the DTM obtained from the ATLAS data was compared with airborne discrete-return LiDAR data, collected for the same longitude and latitude using the multi-sensor instrument G-LiHT [44]. G-LiHT provides distributed laser pulses for measuring ground topography and canopy heights (Table 3) [45].
Both Level 2 and Level 3 products along the flight transects were generated from airborne LiDAR data from the G-LiHT science team. The DTM has a 1 m-resolution and was released as a Tag Image File Format (TIFF) profile. The DTM was assessed to validate the ground topography accuracy [44,45]. The trajectory of the G-LiHT KML (Keyhole Markup Language) data (blue line) and ATLAS data (green line) illustrates the location of the study area of the NASA EARTHDATA (Figure 3). This illustration also includes two G-LiHT DTM profiles used in the study, AMIGACarb_Augusta_FIA_Sep2011_l16s597_DTM.tif and AMIGACarb_Augusta_FIA_ Sep2011_ l40s557_DTM.tif, respectively.

The primary challenge of this contribution centers on reducing the influence of noise photons on the ground elevation data derived from ICESat-2 data, distinguishing canopy signal photons and ground signal photons, and matching the ATL03, ATL08, and G-LIHT data. Although ATLAS data has more noise photons, the NASA official team used the DRAGANN and an algorithm for determining Land Vegetation along-track to provide classification labels (classed_pc_flag) for the photon data [43]. In this contribution, the ground signal photon classification label ATL08 is used for ground photons, and the DTMATLAS will be established based on ATL03 data and ATL08 label. This contribution presents a quantitative assessment of the ground topography in forested terrain using ATL03 and ATL08 data compared to airborne G-LiHT LiDAR data.
The geolocation between the ATLAS and G-LiHT data is not completely along orbit; therefore, this paper proposes an approach based on the ATL03 profile to match these two datasets (Figure 3). To clearly illustrate the proposed methodology, an overview of the major steps is exhibited in Figure 4 and described as follows:
(1) Identifying study site. In this step, we combine ATL03 lat_ph, lon_ph, and G-LiHT KML profile and identify the study site.
(2) Obtain parameters from the ATL03 and ATL08 data by matching different channels under the same orbit conditions using time tags (delta_time in ATL03 HDF5 profile). To extract the photon’s height (h_ph which is relative to the WGS-84 ellipsoid), latitude (lat_ph) and longitude (lon_ph), signal_conf_ph, sc_orient, tx_pulse_energy, tx_pulse_skew_est, tx_pulse_width_lower, and tx_pulse_width_upper parameters from the ATL03 HDF5 profile, combine the geoid and h_ph by interpolating. Extract the photon classification parameters (classed_pc_flag), classed_pc_indx, and ph_segment_id parameters from the ATL08 HDF5 profile.
(3) Establishing the relationship between ATL03 and ATL08 data photon classification parameters by classed_pc_indx, ph_segment_id and applying each photon classification label from ATL08 to each photon data from ATL03.
(4) Establishing the DTMATLAS. The photons with a signal confidence flag from high confidence (signal_confidence = 4 in ATL03 HDF5 profile) and photon classification parameter (classed_pc_flag=1 in ATL08 HDF5 profile) were used to establish the DTMATL03.
(5) Obtaining the DTMG-LiHT. In this step, we extract the latitude-longitude information from DTMATL03 to match the DTMG-LiHT profile corresponding position generated from G-LiHT and generated DTMG-LiHT with the corresponding ATLAS footprint latitude-longitude. If the absolute difference between the elevation of ATLAS ground photons and the corresponding elevation of the DTMG-LiHT is more than 20 m, this photon was classified as an invalid ground photon.
(6) Assessing the performance of ICESat-2/ATLAS multiple channels photon data. In this final step, we compare the DTMATL03 profile with the corresponding DTMG-LiHT profile, compute and analyze the evaluating indicator from different channels. In order to quantify the influence of different laser intensity parameters and laser pointing angle parameters on the estimation accuracy of ground elevation, corresponding four parameters as follow: tx_pulse_energy, tx_pulse_skew_est, tx_pulse_width_lower and tx_pulse_width_upper are extracted and analyzed the relationship between the four parameters and elevation errors.
The Figure 5 shows the DTM files of G-LiHT and ATLAS photon data corresponding to the two tracks in the study area. The green dots are ATLAS footprints.

The G-LiHT data in the study was acquired in 2011 and are not temporally coincident with ICESat-2/ATLAS. However, the availability of aerial-based LiDAR data for the study area makes it feasible to validate the ground topography from ATL03. The ATL03 gt3l channel photon data and gt3r channel photon data over the study are plotted with the G-LiHT data shown in Figure 6 and Figure 7, respectively. The scatterplots of the ATL03 (gt3l and gt3r) ground elevations versus the G-LiHT ground elevations are shown in Figure 8 and Figure 9. The statistical indicators, namely the RMSE, MAE, R2, ME, Pearson correlation coefficient, Spearman correlation coefficient, and Kendall correlation coefficient are listed in Table 4.
Figure 6 and Figure 7 show the comparisons of elevations from the ATLAS DTM and G-LiHT DTM for multiple channels, and both are referenced to the WGS84 geoid. The ATLAS DTM (blue line) and G-LiHT’s DTM (red line) had a similar performance (Figure 6 and Figure 7). The ATLAS gt3l channel (weak beam) photon cloud contains fewer signal photons than the gt3r channel (strong beam). The photons near the blue line and red line denote the ground topography photons. A t-test showed that no significant difference exists between these two regression lines in Figure 8 and Figure 9 at a 95% confidence level. The ATLAS gt3r channel (Figure 7 and Figure 9) signal photons show a clearer depiction of the ground topography than the ATLAS gt3l channel (Figure 6 and Figure 8).
The R2 of the all experiments are higher than 0.99 (Table 4). The mean ME and RMSE values of all ground photons are 0.3 m and 0.75 m, respectively. For gt1l, gt1r, gt2l, gt2r, gt3l, and gt3r, the ME values are −0.05 m, 0.27 m, 0.59 m, 0.04 m, 0.45 m, and 0.49 m, and the RMSE values are 0.69 m, 0.55 m, 0.80 m, 1.03 m, 0.78 m, and 0.64 m, respectively. In general, the statistical indicators for pointing right (namely strong beam) perform better than those for pointing left (namely weak beam) for all data sets. A possible reason is that the signal photon density from the strong beam channels is significantly higher than that of the weak beam channels.
All laser intensities and laser pointing angles from the ATL03 product performed well in the study site (Table 4, Figure 8 and Figure 9). The ATL03 data have good ground elevation estimation accuracy, and the ATL08 algorithm can effectively filter out noise photon and classify ground photons in the forested terrain ground topography estimation process.

In this contribution, ICESat-2 data is used to measure ground topography in forested terrain using different channels. The retrieved ground topography was validated by experiments with G-LiHT airborne data at different laser pointing angles and laser intensity types on the same route. Based on the results, the following conclusions can be drawn:
(1) Both qualitative and quantitative results indicate that at all laser intensities and laser pointing types resulted in a mean R2 = 1.00 and mean RMSE = 0.75 m, highlighting the ability of the ATL03 and ATL08 data to retrieve ground elevations.
(2) A significant correlation exists between the tx_pulse_energy parameters and elevation error. There is no significant correlation between tx_pulse_skew_est, tx_pulse_width_lower, tx_pulse_width_upper parameters and elevation error.
These conclusions give valuable insight into the ground topography in forested terrain using different ATLAS channels. Nevertheless, there are still many issues to be addressed in the future. Since ATLAS data is still in the research stage, we only considered the effects of laser pointing angles and laser intensity on retrieving ground topography. Other factors (e.g., canopy height, canopy cover, etc.) influencing the results were not considered. Therefore, the effects of other factors on retrieving ground topography over forested terrain using ATLAS data should be thoroughly examined in the future.

J.H., Y.X. and L.Q. conceived and designed the experiments; J.H. performed the experiments; J.H. and Y.X. analyzed the data; L.Q. contributed materials; J.H., Y.X. and A.G. wrote the paper; Y.X. secured funding for the project; A.G. polished the language of the manuscript. All authors have read and agreed to the published version of the manuscript.

This work is supported by the National Key R&D Program of China (Grant Number: 2017YFD0600904), the Fundamental Research Funds for the Central Universities (Grant Number:2572019AB18), and the Key Laboratory of Satellite Mapping Technology and Application, National Administration of Surveying, Mapping and Geoinformation (KLSMTA-201706).

We thank the editor and anonymous reviewers for reviewing our paper. 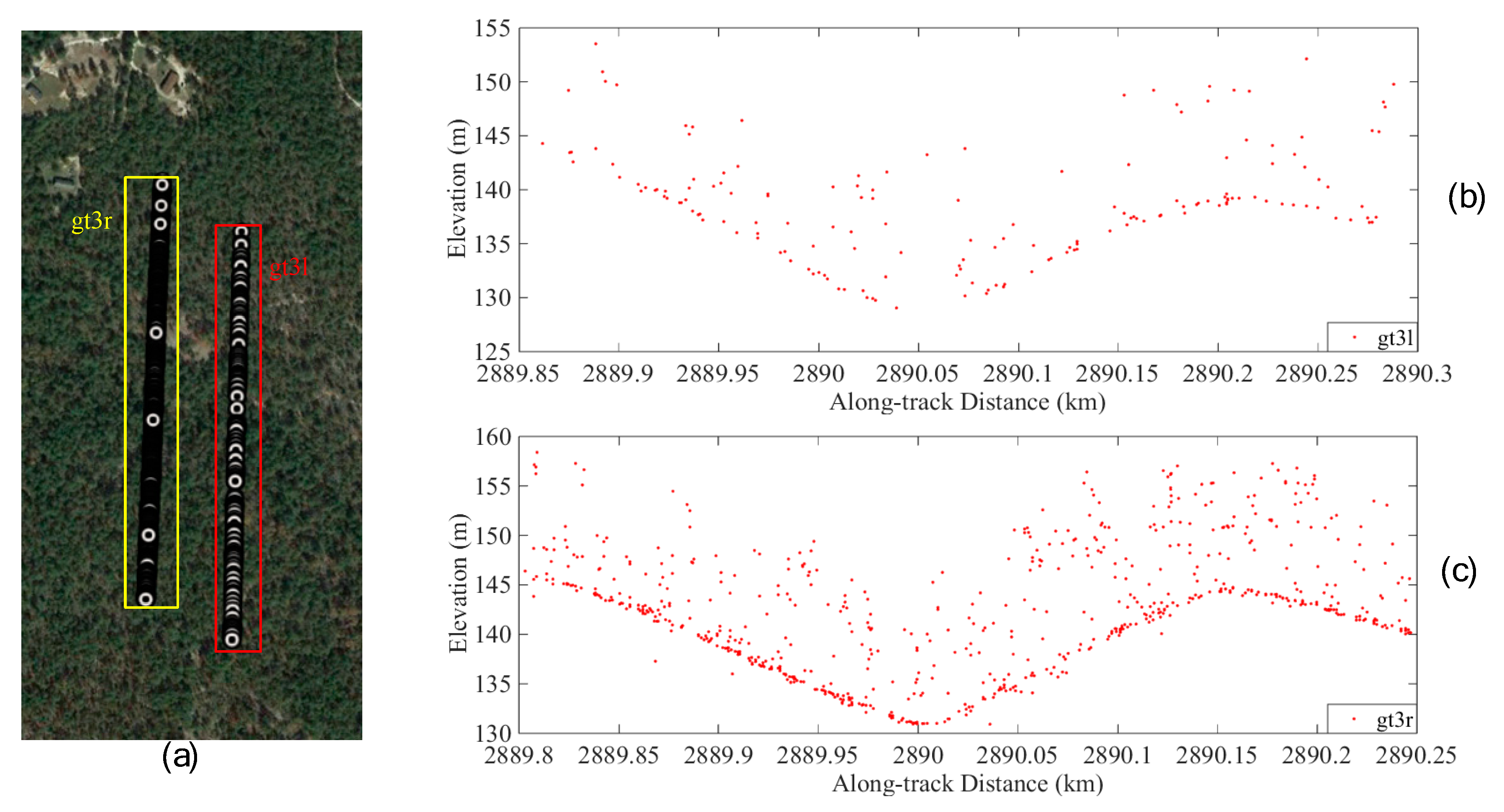 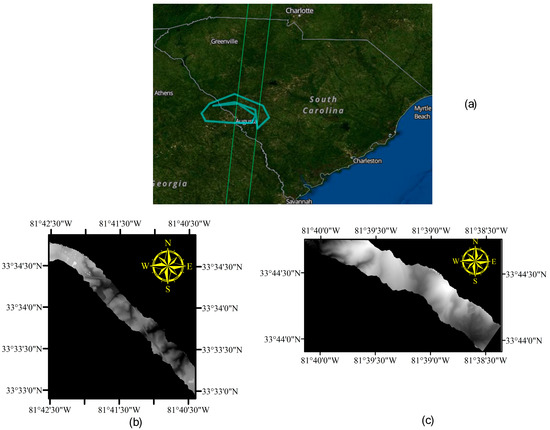 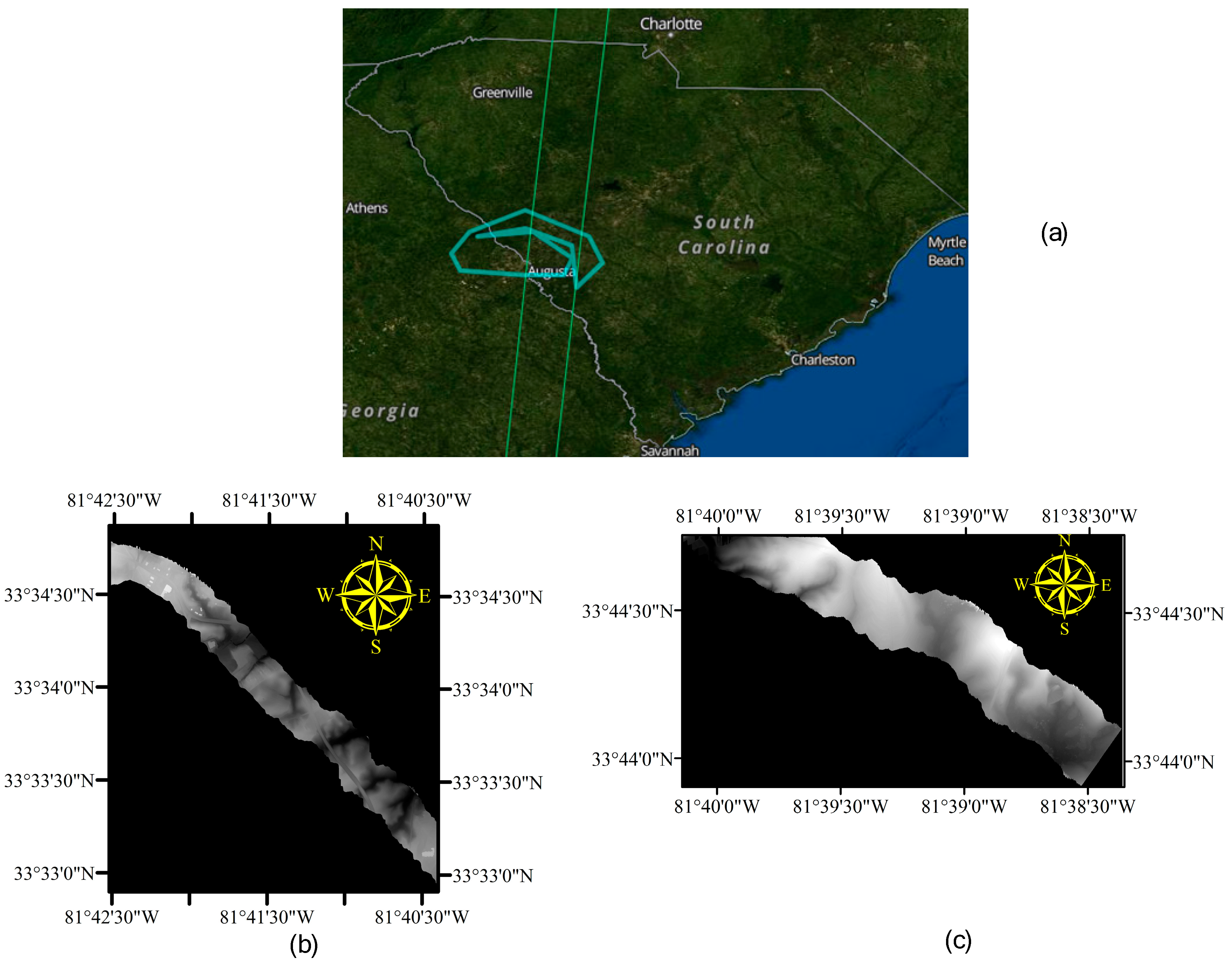 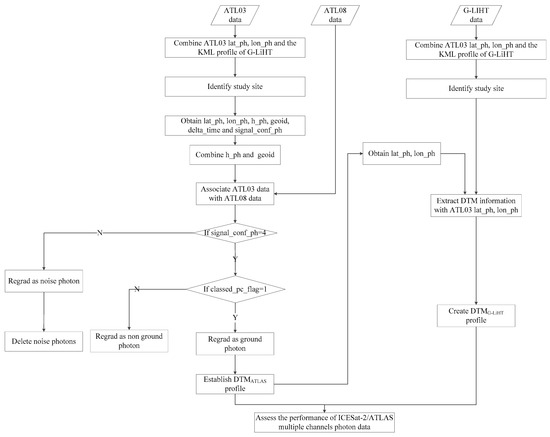 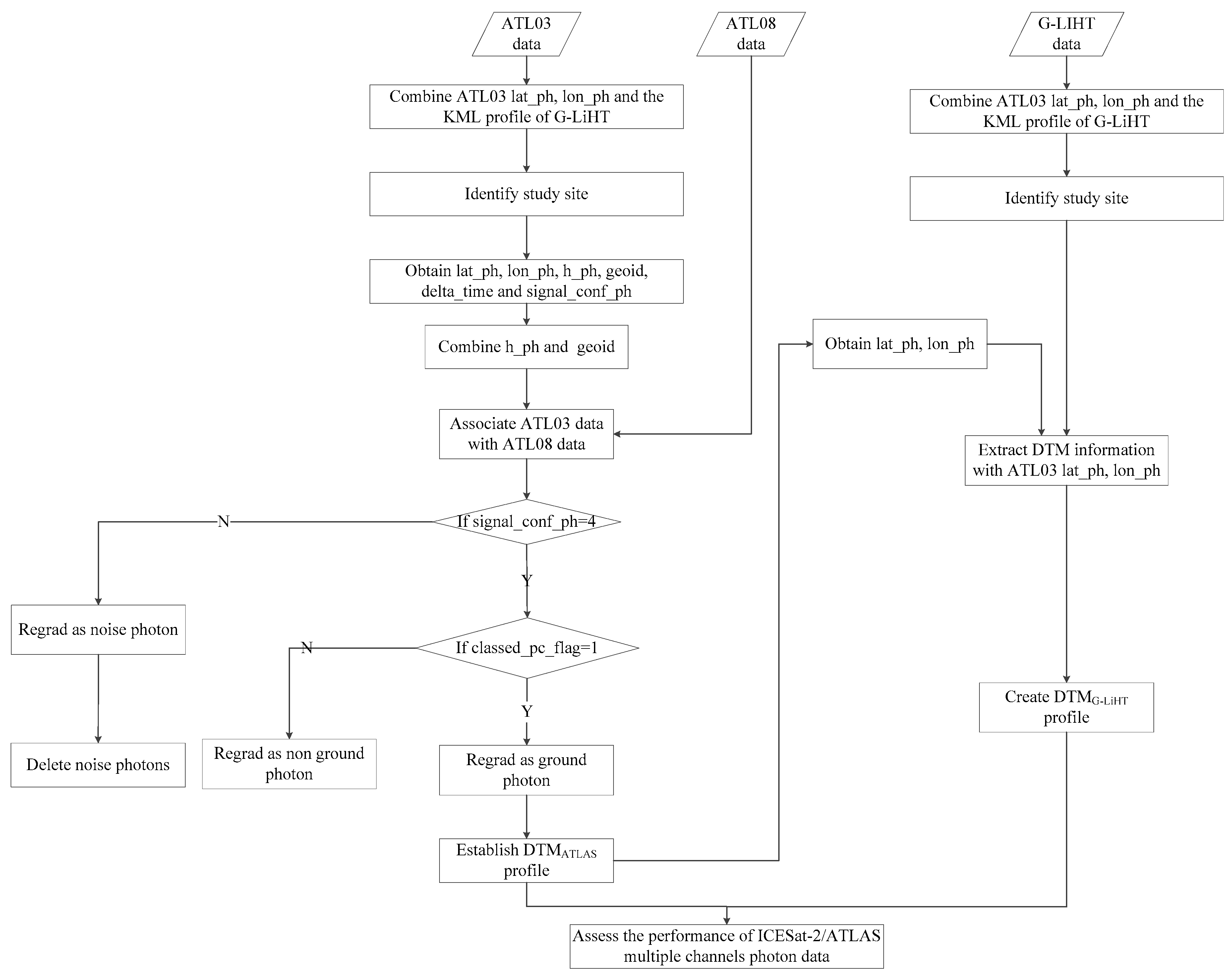 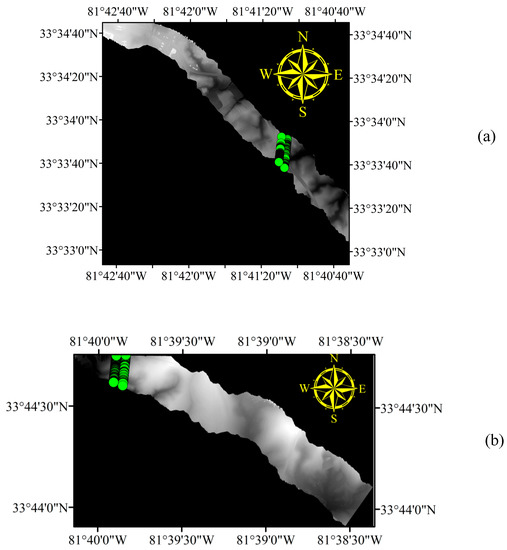 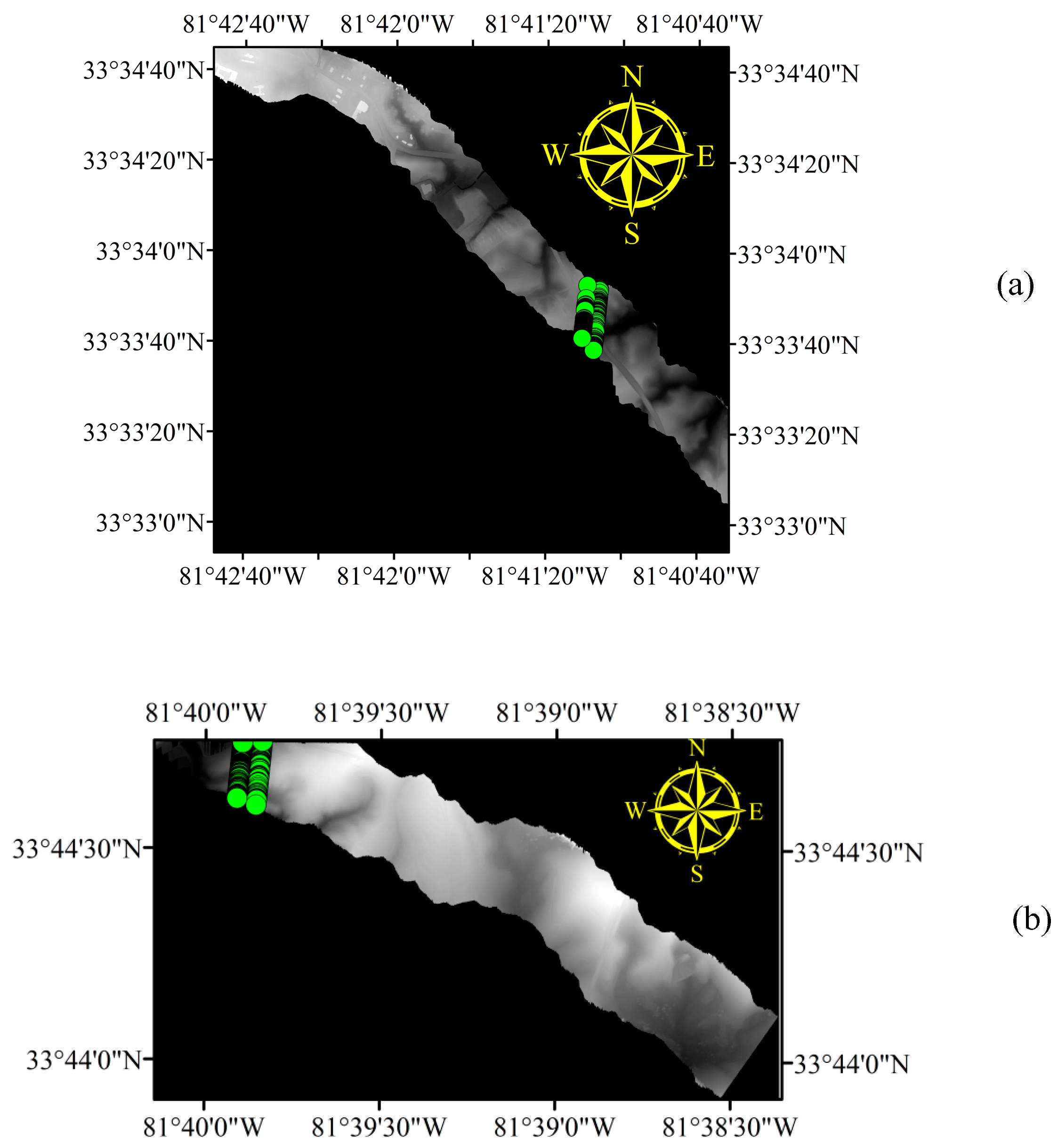 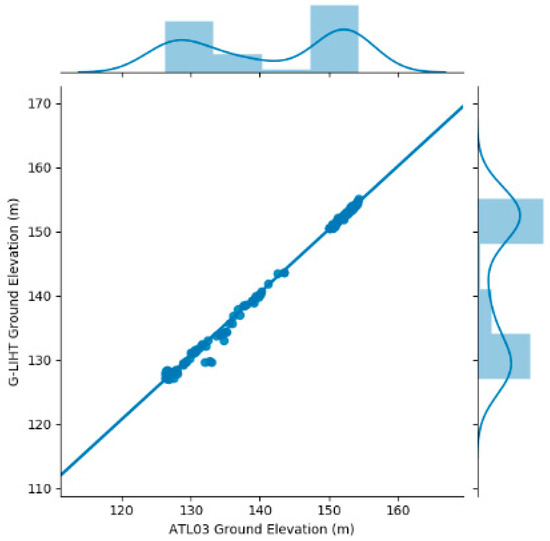 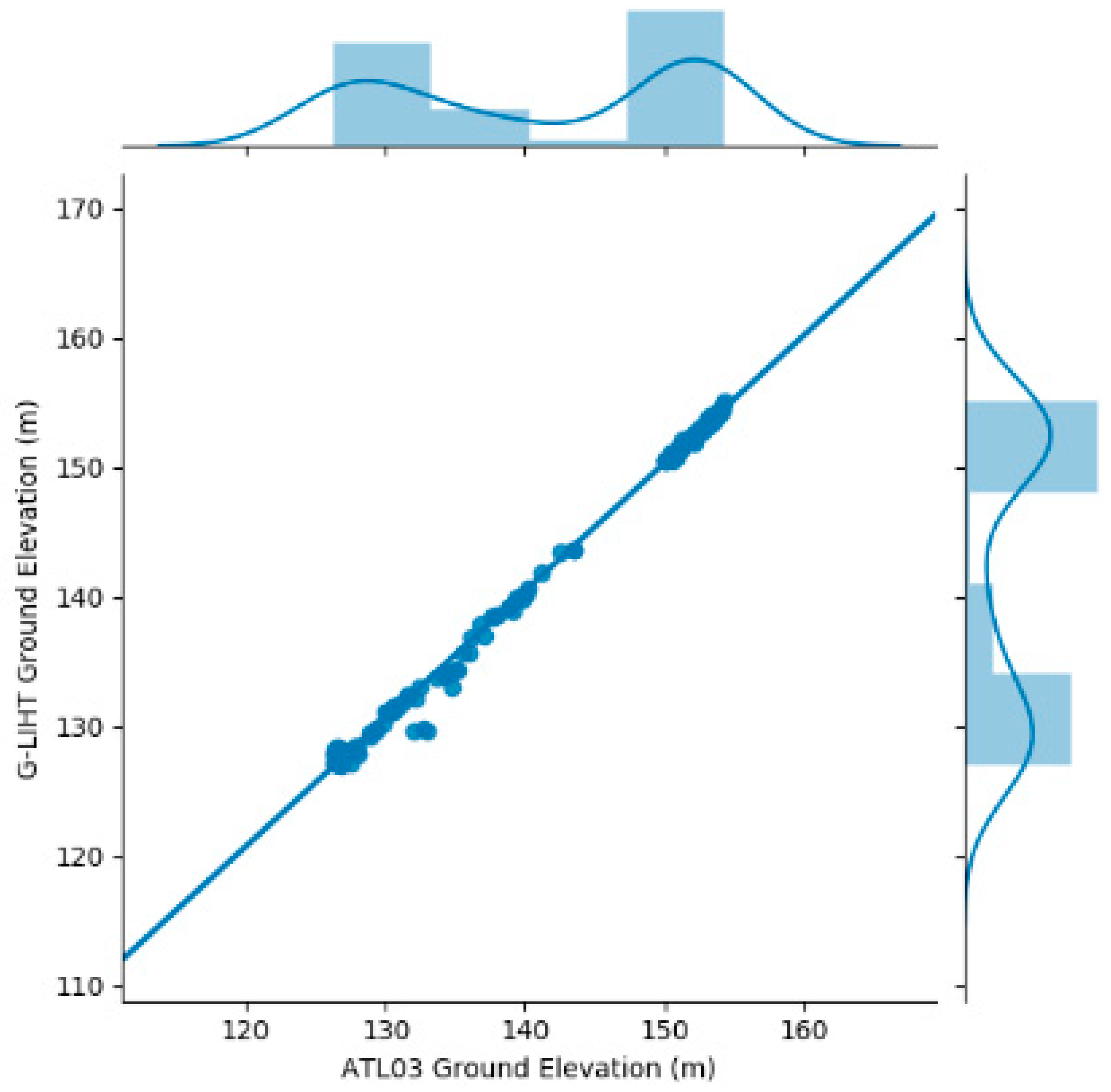 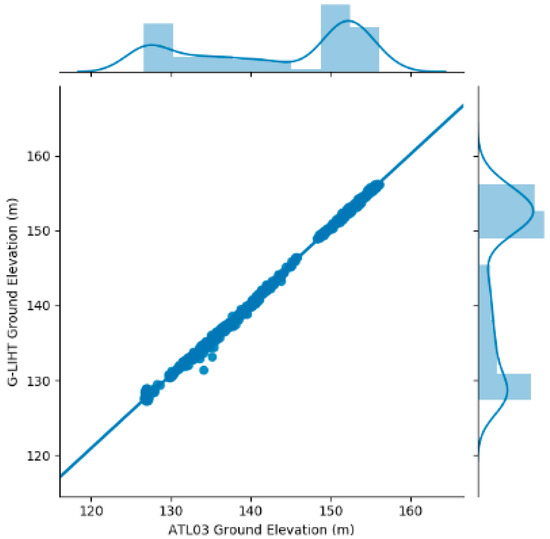 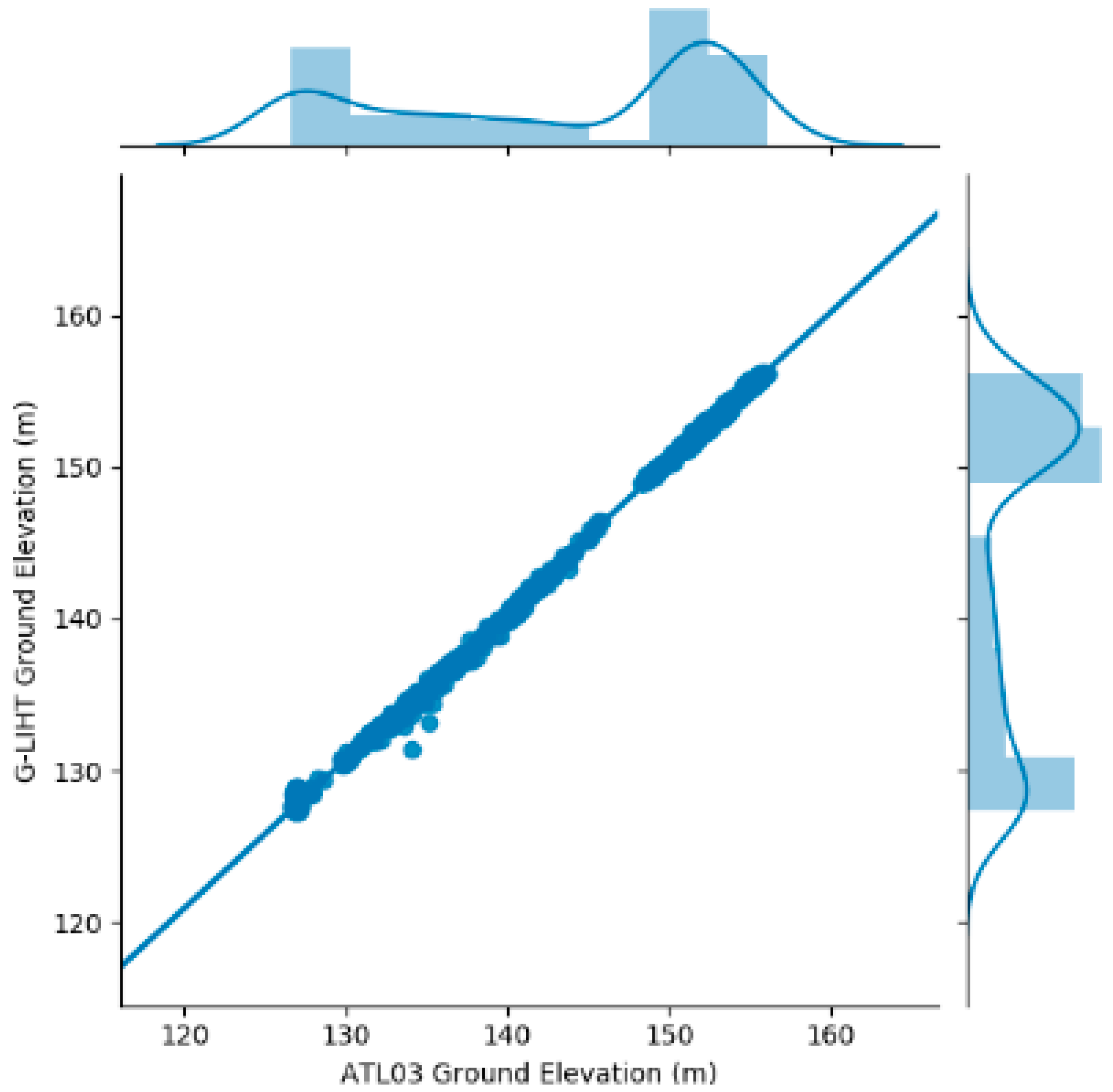