Digital 3D documentation methods such as Image-Based Modelling (IBM) and laser scanning have become increasingly popular for the recording of entire archaeological sites and landscapes, excavations and single finds during the last decade. However, they have not been applied in any significant degree to miniature incisions such as graffiti. In the same period, Reflectance Transformation Imaging (RTI) has become one of the most popular methods used to record and visualize this kind of heritage, though it lacks the benefits of 3D documentation. The aim of this paper is to introduce two new ways of combining IBM and RTI, and to assess these different techniques in relation to factors such as usability, time-efficiency, cost-efficiency and accuracy. A secondary aim is to examine the influence of two different 3D processing software packages on these factors: The widely used MetaShape (MS) and a more expensive option, RealityCapture (RC). The article shows that there is currently no recording technique that is optimal regarding all four aforementioned factors, and the way to record and produce results must be chosen based on a prioritization of these. However, we argue that the techniques combining RTI and IBM might be the overall best ways to record miniature incisions. One of these combinations is time-efficient and relatively cost-efficient, and the results have high usability even though the 3D models generated have low accuracy. The other combination has low time- and cost-efficiency but generates the most detailed 3D models of the techniques tested. In addition to cost-efficiency, the main difference between the 3D software packages tested is that RC is much faster than MS. The accuracy assessment remains inconclusive; while RC generally produces more detailed 3D models than MS, there are also areas of these models where RC creates more noise than MS. View Full-Text
Keywords: digital documentation; IBM; reflectance transformation imaging (RTI); structure from motion (SfM) photogrammetry; archaeology; graffiti; epigraphy digital documentation; IBM; reflectance transformation imaging (RTI); structure from motion (SfM) photogrammetry; archaeology; graffiti; epigraphy
►▼ Show Figures 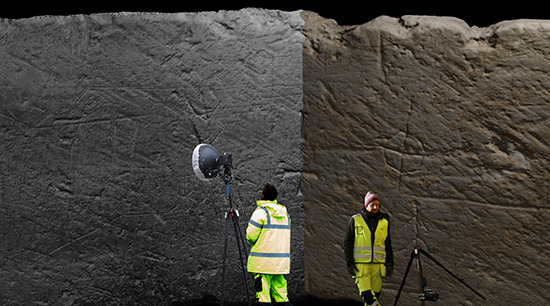