:
In this study, satellite radar observations are employed to reveal spatiotemporal changes in ground surface height of peatlands that have, and have not, undergone restoration in Central Kalimantan, Indonesia. Our time series analysis of 26 scenes of Advanced Land Observation Satellite-1 (ALOS-1) Phased-Array L-band Synthetic-Aperture Radar (PALSAR) images acquired between 2006 and 2010 suggests that peatland restoration was positively affected by the construction time of dams—the earlier the dam was constructed, the more significant the restoration appears. The results also suggest that the dams resulted in an increase of ground water level, which in turn stopped peat losing height. For peatland areas without restoration, the peatland continuously lost peat height by up to 7.7 cm/yr. InSAR-derived peat height changes allow the investigation of restoration effects over a wide area and can also be used to indirectly assess the relative magnitude and spatial pattern of peatland damage caused by drainage and fires. Such an assessment can provide key information for guiding future restoration activities.
Keywords:
peatland; subsidence; restoration monitoring; InSAR; time series analysis

In 1996, the Indonesian Government initiated the One Million Hectare Mega Rice Project (MRP) in Central Kalimantan (Indonesia). The principal objective of the MRP was food (rice) production in the area between the Sabangau River in the west, the Kahayan and Kapuas Rivers in the south and the Barito River in the east (Figure 1). The area was divided into four blocks (A, B, C, and D) according to the rivers’ boundaries (light blue curves) in the MRP project, and the city of Palangkaraya is located in the north of Block C [16]. Large-scale deforestation was initiated in January 1996 to prepare the land for rice paddies, which involved mostly clear-felling the peat swamp forest and evacuating a massive network of in excess of 4400 km of drainage channels across the deep peat domes; some drainage channels were up to 30 m wide and 10 m deep [15,16,33].
In July 1999, the MRP was closed down because the area had been over-drained by the channels and unable to store water needed for agriculture irrigation. Consequently, the area was largely abandoned and is currently ‘unproductive’ and susceptible to flooding [35]. The drainage of the peatland caused by the network of extensive channels results in peat oxidation, subsidence, and regular outbreaks of large-scale fires [13,35,36]. Seven types of land cover dominate this area (Figure 1), i.e., shrub swamp, shrub, settlement, secondary swamp forest, rice field, primary swamp forest and clearing [34]. Most of the shrub swamp and rice field areas can be characterized as destroyed, abandoned and/or fire-damaged, and only a small part of the rice field area is still in use [14]. Note that the land cover data shown in Figure 1 was released in 2009 and an assumption was made in this study that there was no obvious land use change over the satellite observation period of 2006–2010.
In July 2004, hydrological restoration commenced in Block A under the CCFPI (Climate Change Forests and Peatlands in Indonesia) project, with the construction of five large drainage channel dams; 19 additional drainage channel dams were built in this area between 2007 and 2008, funded by the Central Kalimantan Peatland Project (CKPP). Between June and September 2005, seven dams were constructed in Block C within the framework of the Academy of Finland funded KEYTROP (Keys for Securing Tropical Peat Carbon) and the EU-funded RESTORPEAT (Restoration of Tropical Peatland for Sustainable Management of Renewable Natural Resources) projects [15,16]. The dams in Block A are similar to those in Block C in terms of size and design [15,16,37].

Figure 3a shows the final mean height change rate (mean velocity) map along line of sight. Note that the negative value means the surface is moving away from the satellite (‘subsidence’), while the positive value means the surface is moving towards the satellite (‘uplift’). The total number of partially coherent pixels is 859,118 (1,374,913 in total), covering ~62% of the study area, and approximately 73 points/km2 at the case of 90 m resolution. With extensive channels areas in all blocks, subsidence signals can be observed clearly, the largest subsidence rate is more than 5 cm /yr. While the central part of Block C shows uplift signals. Between 2006 and 2010, the mean velocities for Block A, B, C and D are −1.1 1.0 cm/yr, −0.8 1.2 cm/yr, 0.03 1.4 cm/yr and −0.3 1.2 cm/yr respectively. In terms of area, 49% of the study area showed loss in surface height (less than −0.7 cm/yr), 15% retained similar surface height (between −0.7 cm/yr and 0.7 cm/yr), and 37% increased in surface height (greater than 0.7 cm/yr). Figure 3d shows the final root mean square (RMS) of the mean velocity with an average RMS of 0.45 cm/yr.
The spatial pattern of the surface height changes appears to be associated with land use. No obvious surface height change can be observed in Palangkaraya city (NW corner of the study area) during the observation period, which is as would be expected. The drained shrub swamp area in Block B has the largest rate of decrease in surface heights. Much of this rice field areas in Blocks A, C and D show decrease patterns in surface heights. The cleared area has relatively small decreases in surface heights ranging from 0 to 2 cm/yr. In the center of Block C, signals in the secondary swamp forest area show increased surface heights during the observation period, with rates of up to ~3 cm/yr.

Figure 5 shows the evolution of peatland height at four points between 2006 and 2010. These four points are distributed in different land uses and have not undergone restoration. In Figure 5a, Point CL located in the cleared area shows peat height to be decreasing at a mean rate of −0.8 cm/yr. Point FS, located within a shrub swamp area (Figure 5b), had the greatest rate of decrease in surface height, by 17 cm during the dry seasons of 2007 to 2008, and 8 cm during 2008 to 2010, a total of 25 cm from 9 July 2007 to 1 September 2010. By checking Landsat images, fire scars can be found from the dry season of 2007 in this area, which may explain why surface lowering was greater between the dry seasons of 2007 to 2008 than during the following two years. Points in the rice field (RF) area exhibited relatively contestant rates of surface height decrease approximately −1.0 cm/yr (Figure 5c). Point SF in the swamp forest shows an increase in surface height with a rate of 1.4 cm/yr. The signals of increasing surface height could be due to the accumulation of peat and /or water-logging changing peat structure (Figure 5d), as this area is not drained by extensive channels.

Here we show that InSAR time series analysis of L-band data may be of considerable value in monitoring restoration effects in peatlands. Our analysis suggests that the restoration does have an impact and its effectiveness increases with construction time—the earlier the dam is constructed, the more significant the restoration is. The InSAR time series also provides insight in the likely relative magnitude and spatial pattern of damage to peatland caused by drainage and fires. To confirm the value of using InSAR time series, targeted fieldwork would help corroborate the InSAR understanding and also offer insight into why there are periods and areas of loss of coherence. With such security of understanding the community could proceed to using InSAR time series to make temporal and regional assessment of a landscape response to anthropogenic activity and guide future restoration activities. With this capacity InSAR offers a great advantage over field-based point observations by offering regional coverage, and provides a practical way to monitor peatland height changes continuously and globally, with the archived JERS/ALOS-1 dataset and the operational ALOS-2.

Zhou was supported by the National Natural Science Foundation of China (Grant No. 41804017), by the Strategic Priority Research Program of the Chinese Academy of Sciences (Grant No. XDA19070104), by a China Scholarship Council (CSC) scholarship and the University of Glasgow. The work was supported the UK Natural Environment Research Council (NERC) through the Centre for the Observation and Modelling of Earthquakes, Volcanoes and Tectonics (COMET) and the GAS and LICS projects (Ref: NE/H001085/1 and NE/K010794/1 respectively) as well as the ESA-MOST DRAGON-3 projects (Ref: 10607 and 10665). METI (Japanese Ministry of Economy, Trade and Industry) and JAXA (Japan Aerospace Exploration Agency) retain ownership of the original ALOS PALSAR data used for this study, which were distributed by the Earth Remote Sensing Data Analysis Center.

Thanks to Stefano Tebaldini for reviewing this paper before submission. 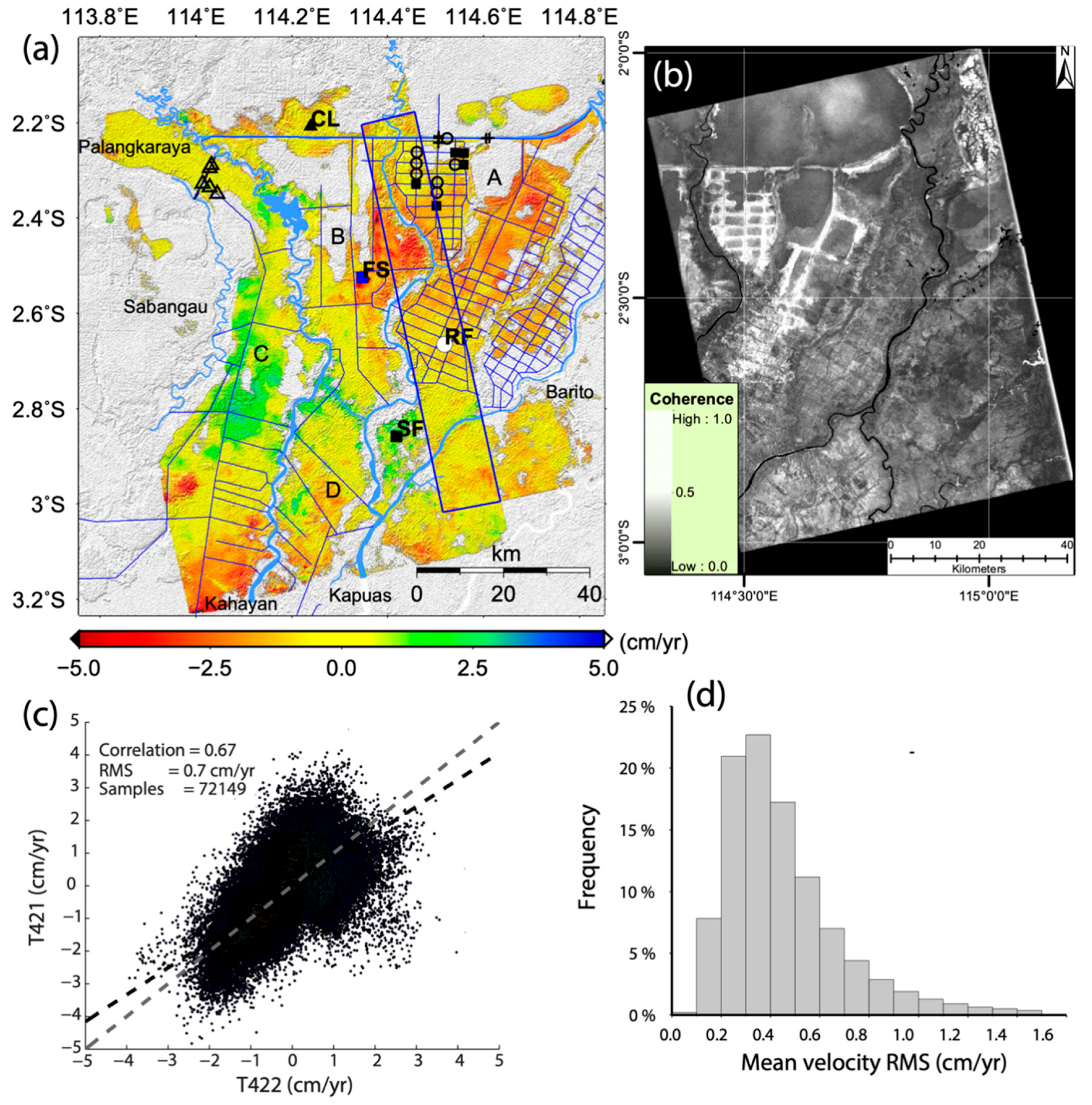 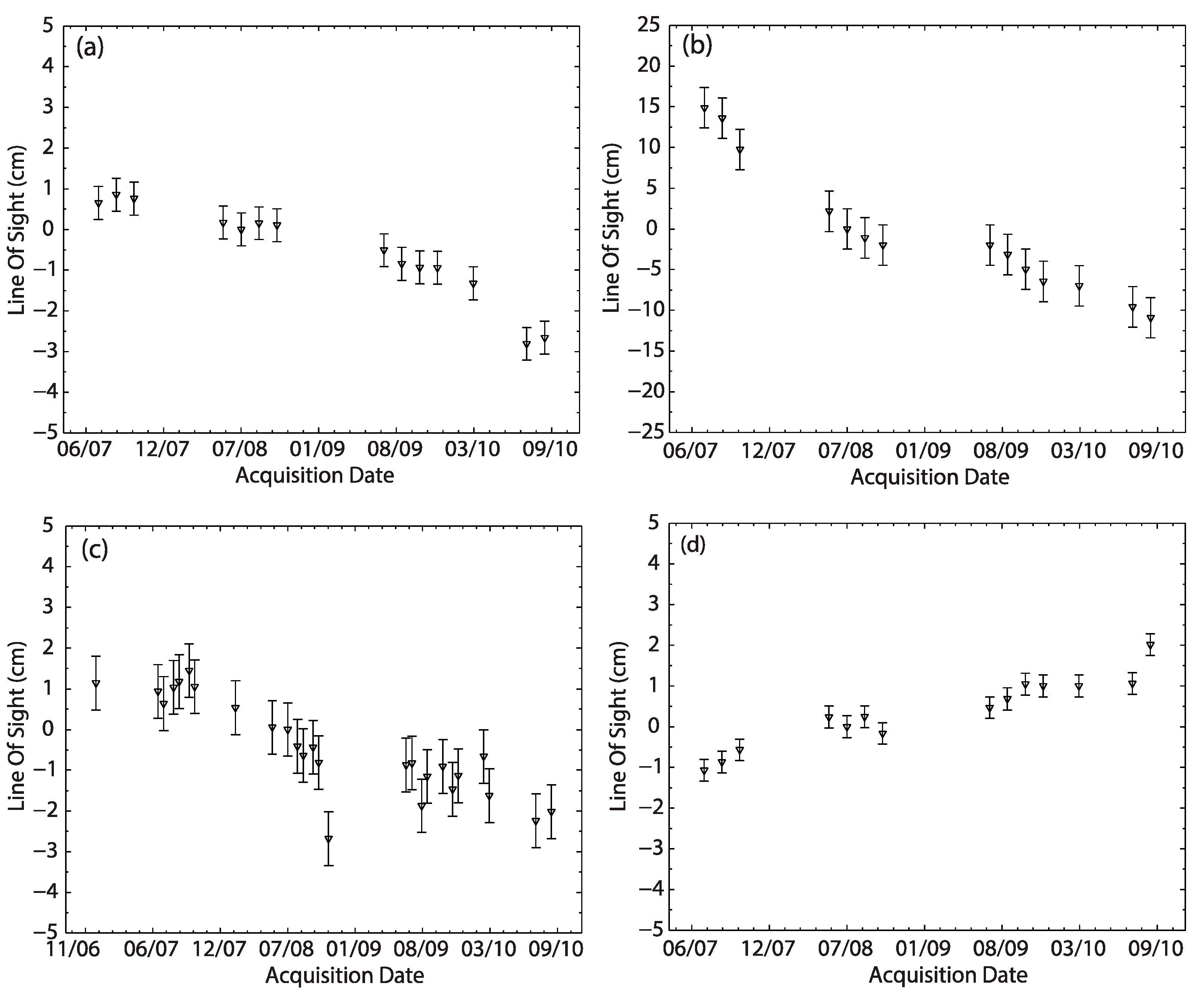 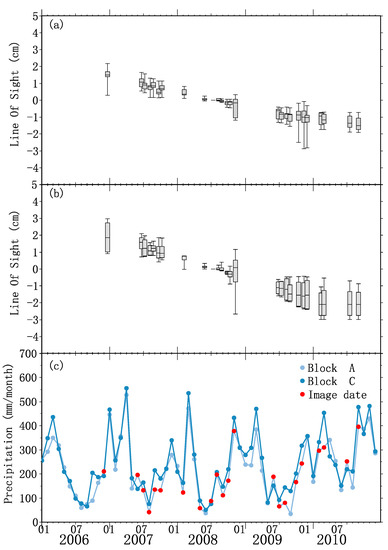 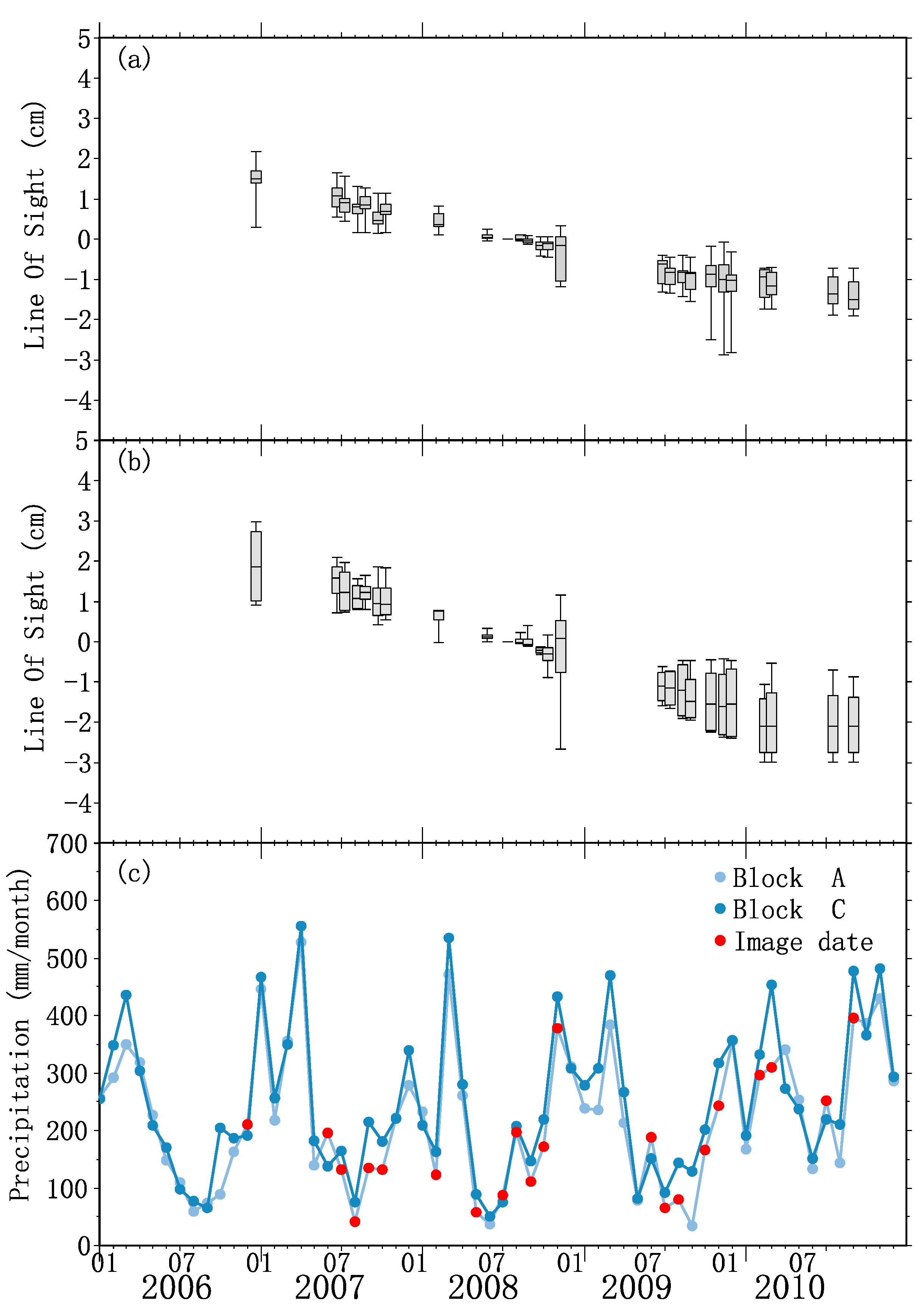