The aim of this study is to explain individuals’ engagement in sustainable waste management behaviors (SWMBs) based on the application of protection motivation theory (PMT). SWMBs include waste avoidance, green purchasing, reuse and recycle, and waste disposal behaviors. Considering the amount of solid waste generation per capita per day during the past 10 years, the statistical records from the Bangkok Metropolitan Administration (BMA) illustrate the increasing trend of solid waste generation from 1.18 kg per capita per day in 2005 to 1.28 kg per capita per day 2015. Many scholars have asserted that human beings should alter their behaviors to successfully reduce their environmental impact. Several environmental problems (e.g., air pollution, water pollution, and odors) caused by waste disposal are consequences of human behaviors; therefore, citizens’ engagement in SWMBs should be widely promoted. This study applies PMT to explore how individuals’ SWMBs are influenced by their perceived threats caused by environmental contamination from waste disposal and their perceived coping capability. The Bangkok metropolitan area was selected as a case study because it has faced serious waste management problems, caused by increasing amounts of solid waste over the last ten years. Questionnaire surveys were administered to 193 public and private office workers residing in the city of Bangkok. Multiple linear regression analyses were performed to justify the effects of individual threat appraisal and coping appraisal on SWMB engagement. The results illustrated that respondents’ self-efficacy could explain all types of SWMBs. On the contrary, response efficacy was not a significant predictor of all behaviors. People’s perceived severity of adverse consequences caused by pollutants could significantly explain their waste disposal and reuse and recycle behaviors, and the perceived probability of being impacted by pollutants could explain only reuse and recycling behaviors. Thus, PMT may be well suited for explaining low-cost and simple SWMBs that require less effort. To promote people’s engagement in each type of SWMB, different communication campaigns should be established. View Full-Text
Keywords: sustainable waste management behaviors; protection motivation theory; pro-environmental behaviors; threat appraisal; coping appraisal sustainable waste management behaviors; protection motivation theory; pro-environmental behaviors; threat appraisal; coping appraisal
►▼ Show Figures 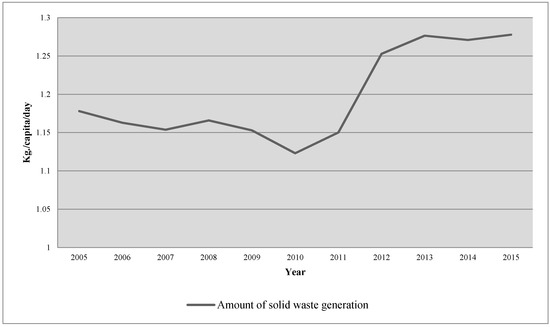