Underground Potential for Urban Sustainability: Mapping Resources and Their Interactions with the Deep City Method
Previous Article in Journal

Rural–Urban Linkages and Sustainable Regional Development: The Role of Entrepreneurs in Linking Peripheries and Centers

The demography of cities in the 21st century will be shaped, to a large extent, by migration. This paper argues that the rights-based approach to urban policy advocated in the preparatory work of Habitat III, the UN Conference on Housing and Sustainable Urban Development to be held in October 2016 in Quito, Ecuador, may not be conducive to this goal. The approach lacks a contextual and dynamic understanding of urbanization. It implicitly assumes that a growing and expansive urban economy would primarily benefit the rich and harm the poor. The resulting containment policies to stop “urban sprawl” and defend “the right to the city” can, however, be counterproductive if adopted in cities in less developed countries (LDCs) that grow fast due to internal migration. Attempts to limit urban growth may merely lead to more informal settlements, less affordable housing, and increasing costs of doing business. In other words, it may benefit the rich and harm the poor. LDCs should, therefore, refrain from adopting defensive urban policies mostly advocated by more developed countries (MDCs) and, instead, plan for sustainable urban expansion designed to improve access to essential urban services and to create a level playing field for newcomers in business. In this context, urban policies may build upon the basic insights of the late urbanist Jane Jacobs. She recognized that the vital function of cities is to provide affordable infrastructure and an institutional environment that enable migrants and other marginal urban communities to contribute to urban prosperity and problem-solving with their skills, networks, and entrepreneurial minds. The resulting social and economic empowerment increases access to essential human rights and ensures that cities become more inclusive, resilient, and sustainable. View Full-Text
Keywords: migration; urbanization; entrepreneurship; innovation; urban expansion; Jane Jacobs migration; urbanization; entrepreneurship; innovation; urban expansion; Jane Jacobs
►▼ Show Figures 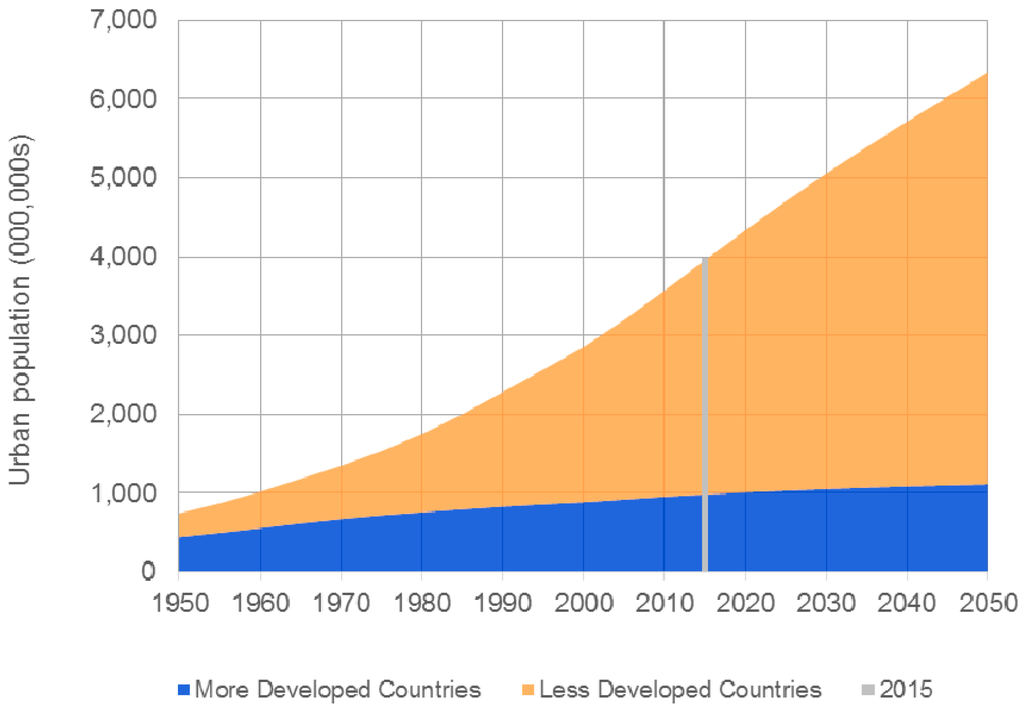