Soil organic carbon (SOC) conservation in agricultural soils is vital for sustainable agricultural production and climate change mitigation. To project changes of SOC and rice yield under different water and carbon management in future climates, based on a two-year (2015 and 2016) field test in Kunshan, China, the Denitrification Decomposition (DNDC) model was modified and validated and the soil moisture module of DNDC was improved to realize the simulation under conditions of water-saving irrigation. Four climate models under four representative concentration pathways (RCP 2.6, RCP 4.5, RCP 6.0, and RCP 8.5), which were integrated from the fifth phase of the Coupled Model Intercomparison Project (CMIP5), were ensembled by the Bayesian Model Averaging (BMA) method. The results showed that the modified DNDC model can effectively simulate changes in SOC, dissolved organic carbon (DOC), and rice yield under different irrigation and fertilizer management systems. The normalized root mean squared errors of the SOC and DOC were 3.45–17.59% and 8.79–13.93%, respectively. The model efficiency coefficients of SOC and DOC were close to 1. The climate scenarios had a great impact on rice yield, whereas the impact on SOC was less than that of agricultural management measures on SOC. The average rice yields of all the RCP 2.6, RCP 4.5, RCP 6.0, and RCP 8.5 scenarios in the 2090s decreased by 18.41%, 38.59%, 65.11%, and 65.62%, respectively, compared with those in the 2020s. The long-term effect of irrigation on the SOC content of paddy fields was minimal. The SOC of the paddy fields treated with conventional fertilizer decreased initially and then remained unchanged, while the other treatments increased obviously with time. The rice yields of all the treatments decreased with time. Compared with traditional management, controlled irrigation with straw returning clearly increased the SOC and rice yields of paddy fields. Thus, this water and carbon management system is recommended for paddy fields. View Full-Text
Keywords: paddy field; soil organic carbon; denitrification decomposition (DNDC); climate change paddy field; soil organic carbon; denitrification decomposition (DNDC); climate change
►▼ Show Figures 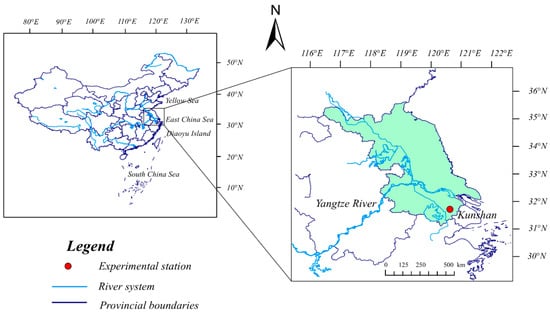