Digital Entrepreneurship and its Role in Innovation Systems: A Systematic Literature Review as a Basis for Future Research Avenues for Sustainable Transitions
Next Article in Special Issue

The optimization of the cost and CO emissions in earth-retaining walls is of relevance, since these structures are often used in civil engineering. The optimization of costs is essential for the competitiveness of the construction company, and the optimization of emissions is relevant in the environmental impact of construction. To address the optimization, black hole metaheuristics were used, along with a discretization mechanism based on min–max normalization. The stability of the algorithm was evaluated with respect to the solutions obtained; the steel and concrete values obtained in both optimizations were analyzed. Additionally, the geometric variables of the structure were compared. Finally, the results obtained were compared with another algorithm that solved the problem. The results show that there is a trade-off between the use of steel and concrete. The solutions that minimize CO emissions prefer the use of concrete instead of those that optimize the cost. On the other hand, when comparing the geometric variables, it is seen that most remain similar in both optimizations except for the distance between buttresses. When comparing with another algorithm, the results show a good performance in optimization using the black hole algorithm. View Full-Text
Keywords: CO2 emission; earth-retaining walls; optimization; black hole; min–max discretization CO2 emission; earth-retaining walls; optimization; black hole; min–max discretization
►▼ Show Figures 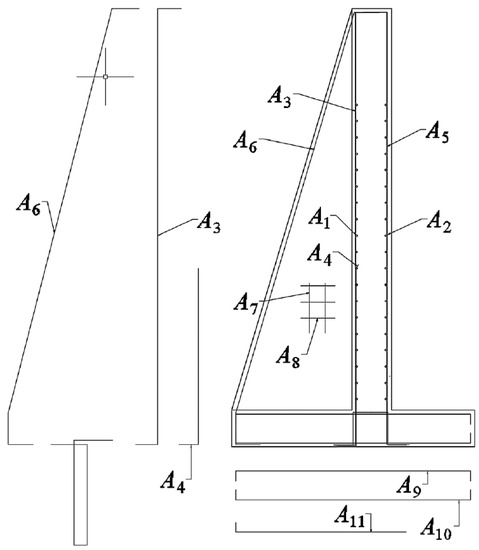