“May the Smoke Keep Coming Out the Fireplace”: Moral Connections between Rural Tourism and Socio-Ecological Resilience in the EUME Region, Galicia
Previous Article in Journal

Traditional agroforestry systems (TAFS), which integrate crops with wildlife, are important reservoirs of human culture and technical experiences with a high capacity for biodiversity conservation. Our study aimed to evaluate the capacity of TAFS to conserve the floristic diversity of tropical dry forests (TDF) in the Tehuacán-Cuicatlán Valley, Mexico. We compared TAFS and TDF by measuring their forest cover, floristic composition, and structure, in addition to documenting the motivations of people to maintain native vegetation in their agricultural fields. We conducted a restricted randomized sampling of perennial plant species, including nine sites of TAFS and nine of TDF to determine the alpha, beta, and gamma diversity. Furthermore, we conducted semi-structured interviews with peasants who managed the agricultural plots we studied. We also performed workshops with people of the communities where surveys were performed. Our findings show that TAFS can maintain, on average, 68% of the species (95% of them native to the region) and 53% of the abundance of individuals occurring in the adjacent TDF. TAFS harbour 30% (39 species) of plants endemic to Mexico. Total species richness of TDF and TAFS were similar, as well as the effective number of species or communities estimated for the alpha, beta, and gamma diversity, but differed in the abundance of individuals. The high species turnover recorded in TDF (72%) and TAFS (74%) has profound implications for conservation, suggesting that it would be necessary to maintain several sites in order to conserve the regional diversity of native vegetation. Material, non-material, and regulatory contributions were reported to be the reason that peasants take into account maintaining natural vegetation. TAFS associated with TDF in the region (also called “Apancles”) contain an important richness, diversity, and endemism of components of natural ecosystems, as well as provide multiple socio-ecological contributions. These systems could represent a viable alternative to reconcile biological conservation with social well-being. View Full-Text
Keywords: agroforestry; Apancles; biocultural diversity; biodiversity conservation; traditional plant management; Tehuacán-Cuicatlán Valley; tropical dry forest conservation agroforestry; Apancles; biocultural diversity; biodiversity conservation; traditional plant management; Tehuacán-Cuicatlán Valley; tropical dry forest conservation
►▼ Show Figures 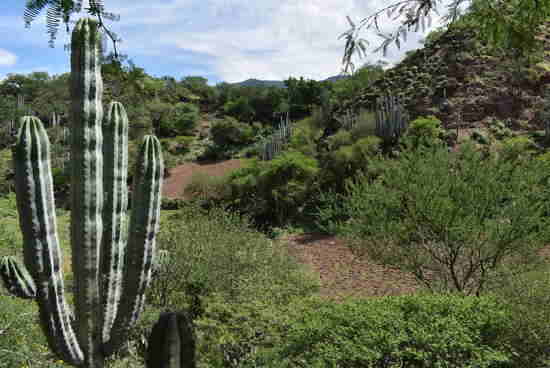