At present, accompanied with the support of the national programmatic document “Vision and Actions on Jointly Building Silk Road Economic Belt and 21st-Century Maritime Silk Road”, China Railway Express, which refers to the international container rail lines running between China and Europe, as well as countries along “The Belt and Road”, has maintained the momentum of rapid development.
According to the requirement of construction planning, the east, middle and west corridors of the China Railway Express has been formed. The west corridor (the red line in Figure 1), with the largest freight volume and highest benefit among the three corridors, mainly delivers goods from the central region of China towards Europe via the Alataw Pass railway station (a little through Khorgos). The middle corridor (the yellow line in Figure 1), which mainly carries goods from central China and north China, leaves China from Erenhot Pass railway station and finally reaches Europe, whereas the goods of the east corridor (the green line in Figure 1) mainly come from the southeast coastal areas of China and leave the country through Manzhouli Pass railway station and then continue on to Europe. By the beginning of 2019, 59 cities in China had opened their China Railway Express lines, amounting to a total of 65 lines. The total number of trains has exceeded 13,000, reaching 49 cities in 15 European countries and covering major regions of the Eurasian continent. In this paper, we chose Alataw Pass railway station in the west corridor as an example, which is the most representative case.
China Railway Express has greatly promoted China–Europe trade, but there are still problems such as the imbalance of the number of outbound and inbound trains caused by trade deficit, and the poor connection between trains resulting in a long dwell time in railway port stations, which are crucial links in transportation organization of China Railway Express, considering its long-term and sustainable development.
Due to the different gauges between China and Kazakhstan, as well as Russia and Mongolia, the inbound and outbound trains of China Railway Express are supposed to transship in the railway port stations. However, on account of the independent operation of China Railway Express in each city, it is possible for the trains to arrive at railway port stations intensively, which would result in the limitation of operation capacity of stations, and the transit delay time of the trains being too long to give play to the time advantage of China Railway Express over sea transportation. As a result, the efficiency of customs clearance is seriously affected.
The further development of the China Railway Express is based on the sound transportation network and advanced transshipment equipment; moreover, it needs to be guaranteed by scientific and efficient transportation organization. The problems arising in railway port stations will become a bottleneck restricting the sustainable development of China Railway Express without optimization and improvement. Given all this, this paper focuses on the operation waiting time and equipment capacity of Alataw Pass railway station, and models this problem using mathematical methods, and addresses some properties of the problem. Finally, we provide a solution algorithm to generate promising distribution organization schemes, which has important theoretical value and practical guiding significance to improve the operational efficiency of China Railway Express, while concurrently providing better services for high-volume transportation.
The rest of this paper is organized as follows: After explaining the contributions of this work in light of a literature review of transportation organization of China Railway Express and container multimodal transportation in Section 2, Section 3 describes the problem this paper studies and formulates the problem using mathematical methods and then states some constraint conditions. Subsequently, Section 4 builds upon these results to introduce a heuristic procedure. The algorithm is tested through two sets of data in Section 5. Finally, conclusions and future research directions are given in Section 6.

The mathematical formulas introduced in this paper use the following parameters and binary variables.

The dwell time of containers at Alataw Pass railway station is from the arriving moment of inbound China Railway Express to the departure moment of returning trains. Therefore, the capacity and efficiency of the container distribution organization for China Railway Express can be described by the total container-hours at Alataw Pass railway station. The shorter the containers stay at the port station, the higher turnover efficiency the containers will receive. Moreover, the improvement of container turnover efficiency is conducive to promoting mass railway transport, which is an environmentally-friendly mode of transportation in itself. The method of calculating the total container-hours at Alataw Pass railway station can be represented as Figure 3.
Within a period, the number of containers at the railway port station is in constant change with the arrival of inbound trains and departure of the returning trains at time Tk. In Figure 3, we use the horizontal axis to represent time and the vertical axis to represent container volume, so the shaded part in the Figure is the total container-hours which can be calculated through the Equations as follows:
As a result, the objective function is:

At present, a genetic algorithm is a heuristic algorithm often used to solve optimization problems. It can be used to generate a reasonable solution to optimize a goal. A genetic algorithm has no fixed rules and is easy to grasp, which has been favored by most scholars in the field of transportation. Therefore, based on the idea of a genetic algorithm, this paper explores the solution method with container allocation of the distribution organization optimization model. The process of the genetic algorithm designed in this paper is shown in Figure 4.
The specific algorithmic process is described as follows:
Step 0: Organization schemes of returning trains. Each chromosome represents an organization scheme, which includes the direction and the departure time of returning trains. The total number of all non-zero figures in the code represents the total number of returning trains planned to run in the period T, as shown in Figure 5.
Step 1: Population initialization. Set up the basic data needed by the algorithm such as population size, the maximum number of iterations, cross probability and mutation probability. Then, loop through step 0 until the initial population size is met.
Step 2: Fitness calculation. Judge whether each individual satisfies the constraint conditions after obtaining the scheme from chromosome information. If so, the fitness is calculated which is the reciprocal of the objective function.
Step 3: Selection operation. During each successive generation, the selection operation is performed by preserving the excellent individuals to breed a new generation, by which the search speed can be effectively improved. In this paper, we randomly screen out individuals by means of roulette.
Step 4: Crossover operation. A new population is generated by exchanging some information between two chromosomes using two-sites crossover method and then mixing with the parent. Besides this, randomly select the site to supplement the missing information or randomly delete the redundant information to make the new chromosomes meet the coding requirements. An example is shown in Figure 6.
Step 5: Mutation operation. Real valued mutation is chosen to generate a new individual which is performed by randomly selecting a chromosome in population and changing the code of one site. Figure 7 shows the detailed mutation operation process of an example.
Step 6: Termination conditions judgment. Determine whether the maximum number of iterations is met. If so, go to step 7, else return to step 2.
Step 7: Output results. The optimal individual is obtained. The end.

In this section, the Alataw Pass railway station on the west corridor of China Railway Express is taken as an example. The tracks of standard-track yard I and II at Alataw Pass railway station are both standard tracks with 1435 mm gauge. There are 7 arrival and departure tracks and 10 shunting tracks in standard-track yard I, and 7 arrival and departure tracks and 17 shunting tracks in standard-track yard II. The wide-gauge yard, which is mainly used for inbound trains, has 10 arrival and departure tracks as well as 15 shunting tracks and 2 lead tracks. Moreover, the Alataw Pass railway station is also equipped with transshipping yards, which have 3 pairs of tracks especially for containers transshipping.
According to the different number of China Railway Express to all directions, we consider four inland stations (Figure 8). Wuhan, Zhengzhou, Chongqing, Chengdu, are destinations which have had the largest freight volume as well as the number of trains in recent years. We respectively take experiments in case of direct and assembled transportation organization modes, according to long-term and strategic development of China Railway Express.
The experiments are performed on a Notebook with 1.90 GHz Intel Core i3 processor, with 8 GB of RAM and the programming language is MATLAB R2016a.

This work was supported by the National Key R&D Program of China (grant number 2018YFB1201403), the Fundamental Research Funds for the Central Universities (grant number 2018YJS073) and the Civil Aviation Administration of China Major projects (No: 201501). 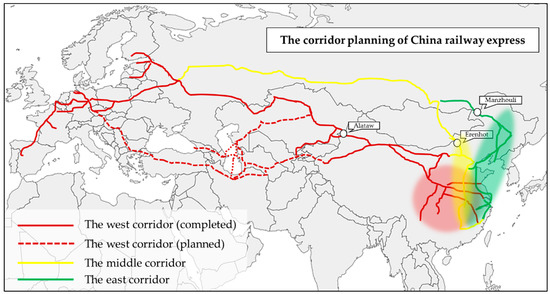 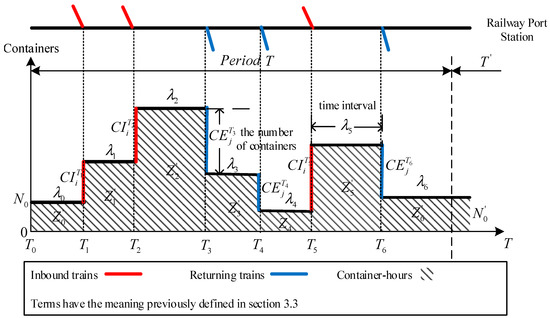 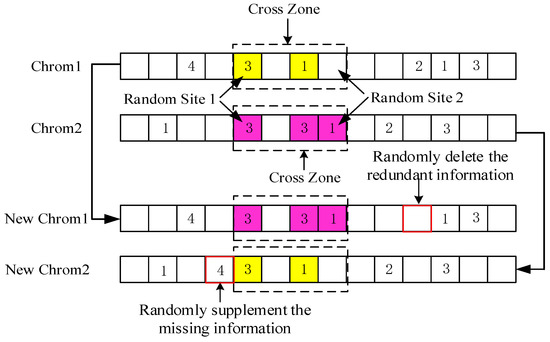 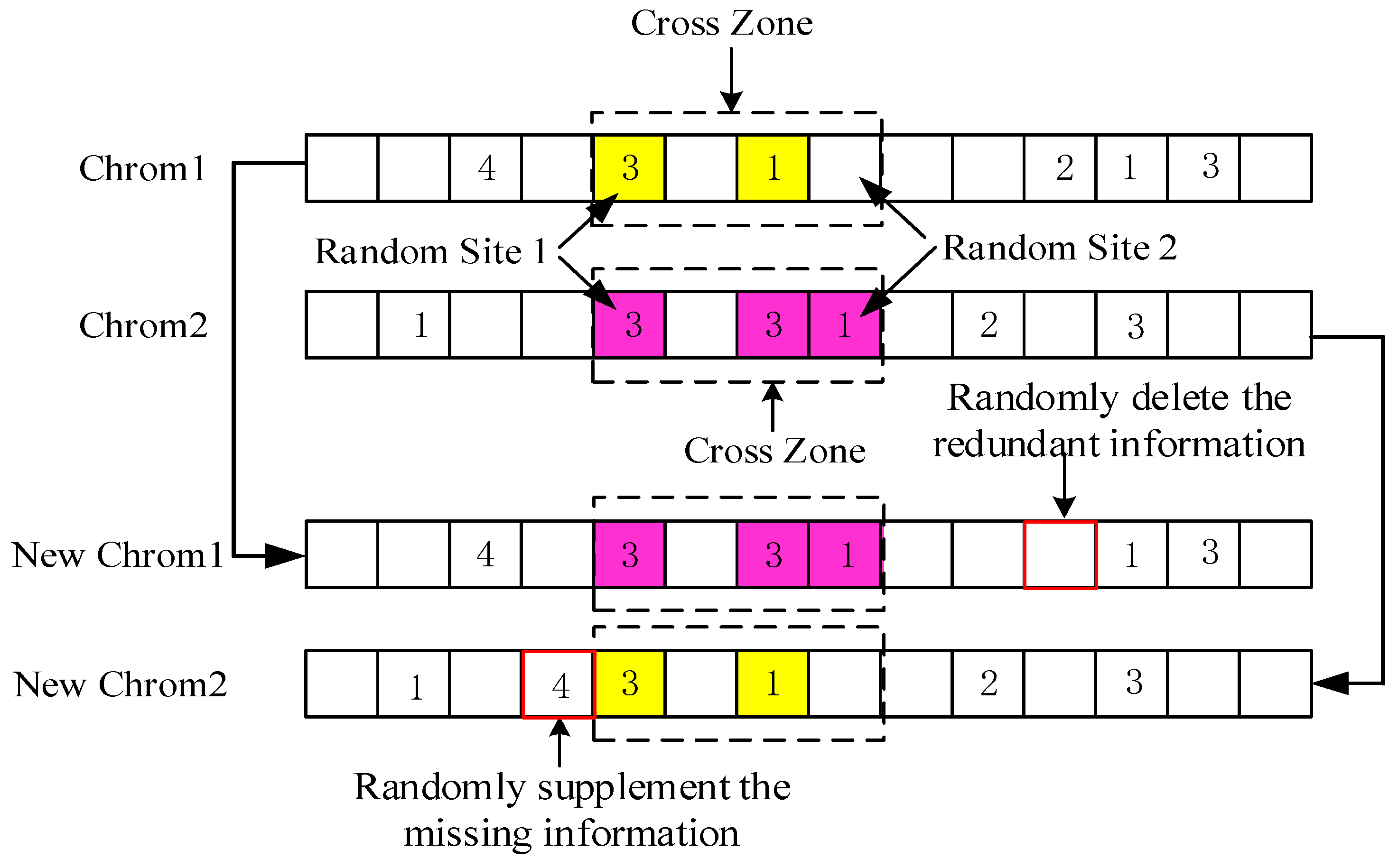 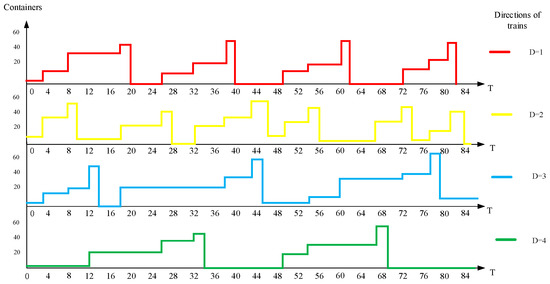 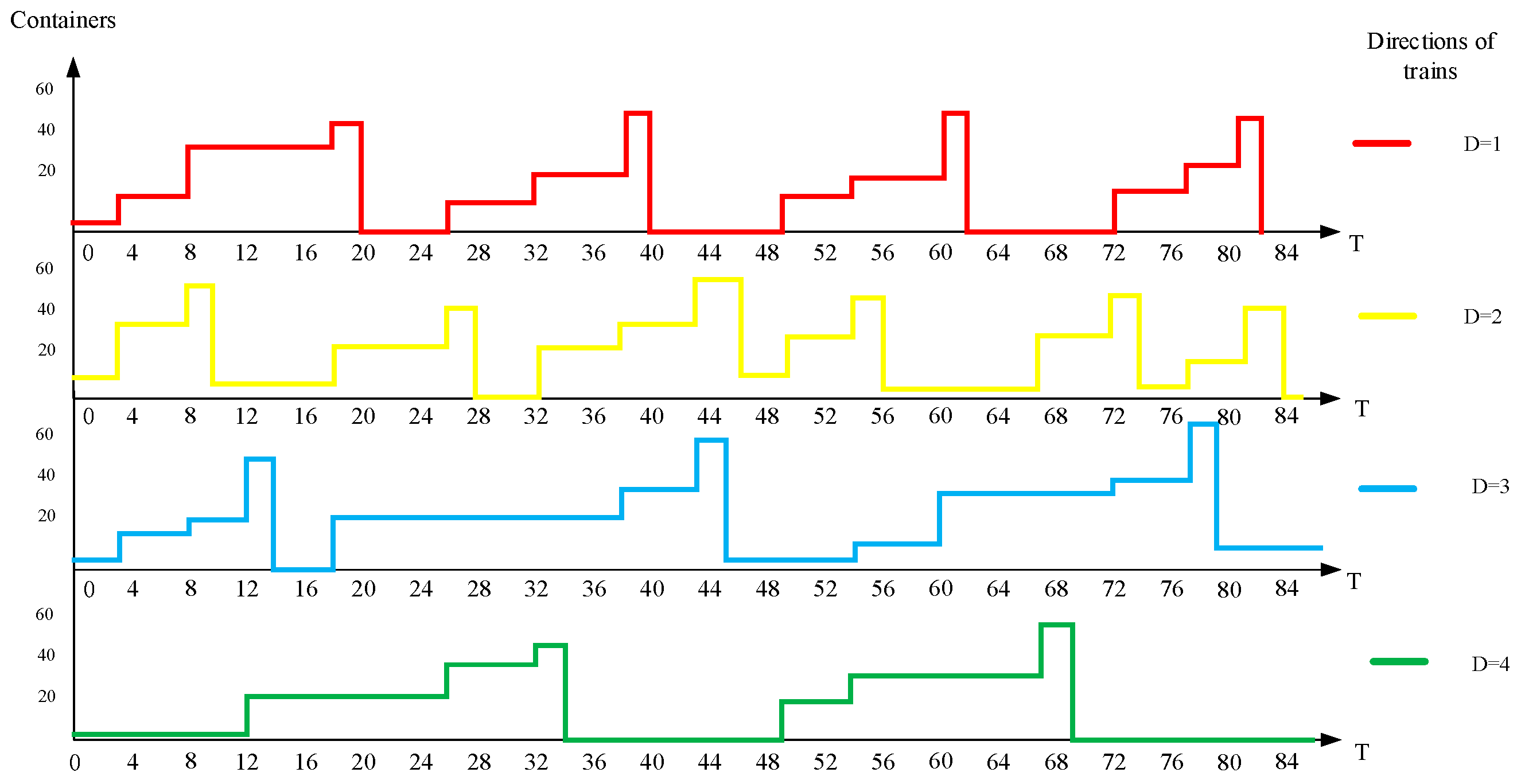 Table 7. Distribution organization scheme of 15 returning trains.
Table 7. Distribution organization scheme of 15 returning trains.
Notes. Term refers to the returning trains, refers to the finish time of loading containers on the returning train , has the meaning of destinations of trains and has the meaning of the number of containers on the returning train leaving at time (see Section 3.3).
© 2019 by the authors. Licensee MDPI, Basel, Switzerland. This article is an open access article distributed under the terms and conditions of the Creative Commons Attribution (CC BY) license (http://creativecommons.org/licenses/by/4.0/).
We use cookies on our website to ensure you get the best experience. Read more about our cookies here.
Accept
We have just recently launched a new version of our website. Help us to further improve by taking part in this short 5 minute survey here. here.
Never show this again