Moving to Private-Car-Restricted and Mobility-Served Neighborhoods: The Unspectacular Workings of a Progressive Mobility Plan
Previous Article in Journal

Decentralized Valorization of Residual Flows as an Alternative to the Traditional Urban Waste Management System: The Case of Peñalolén in Santiago de Chile

The majority of scientific agencies in the field of medicine and health, including the World Health Organization, consider radon gas a very harmful element for humans. This element, in its gaseous state, is radioactive and is present in almost all land in which buildings are implanted, especially in granitic soils, which present higher levels of radon gas. Nongranitic soils have traditionally been considered to have low radon levels. In addition to the contributions made by this article, it is very relevant that there are many countries, including Spain, in which the technical codes for their construction regulations do not include the maximum radon dose that a building can hold so that it is not harmful to humans nor do they hold the measures necessary to remedy excessive accumulation. The main objective of this research is to demonstrate the need for ventilation in buried works. To do this, a comparison is made between two railway tunnels in the urban fabric of the city of Alicante: one of them is in operation (Benacantil Mount) and the other is in the excavation phase (Serra Grossa). When underground railway installations are planned, they are equipped with large air ventilation systems due to the pollutants generated by ground exposure. These mechanical systems consist of suction turbines that expel the air to the outside. Research shows that radon gas is an indicator of an area’s air quality. In addition, ventilation in railway tunnels (mechanical and natural) allows for air renewal and improves the air quality. View Full-Text
Keywords: underground construction; air quality; ventilation; sustainability; healthy architecture; construction materials underground construction; air quality; ventilation; sustainability; healthy architecture; construction materials
►▼ Show Figures 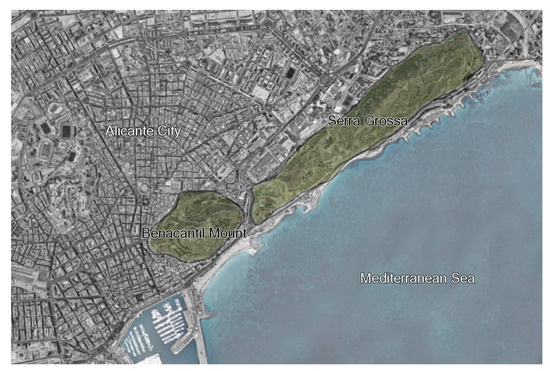