Then we can define the meta directional output distance function as where g = (gy,gb) represents the directional vector. By this function, the desirable outputs can be expanded maximally on the direction gy while contracting the undesirable outputs on the direction gb. Additionally, here λ implies the technical cap between observations and the meta-frontier.
In our study, constrained by resources and regulatory or other environmental factors, coal-fueled power plants in China and Korea are divided into two groups due to the existence of sub-technology sets, where the group-frontier can be defined as
Thus the kth group directional output distance function can be represented as:
Furthermore, according to Zhang et al. and Du et al., we assume all group production sets belong to S, and define S = (S1∪S2), which is demonstrated in Figure 1 [30,32]. We assume that AB is the group environmental efficiency (GEE) measured by group frontier, and AC is the meta-frontier environmental efficiency (MEE), measured by the meta-frontier; BC is the meta-technology ratio (MTR) between the group frontier and the meta-frontier.
According to Bai et al. (2016), the aforementioned meta and group directional output distance function have five properties [56]:

Additionally, the meta-directional distance function satisfies the translation property below, which is convenient for calculation:
On the production frontier, the inefficiency value is 0, so we set 0 as the dependent variable. We get the equation below if we put DDF into the SFA model:
As for the meta-frontier, the concavity property should be satisfied. The concavity implies that, under fixed inputs, if the desirable outputs increase by αgy and the undesirable outputs decrease by αgb, then the value of the function will be reduced by α.
As depicted in Figure 1, there is a meta-technology ratio (MTR) between the meta-frontier inefficiency (AC) and group frontier inefficiency (AB) because the efficiency estimated by the meta directional output distance function is based on all groups.
The MTR measures the ratio of the environmental efficiency of a certain group stochastic function relative to the potential environmental efficiency that is defined by the meta-frontier function. The MTR implies the technology difference for the given group according to the currently available technology for power plants in that group, and can be expressed as follows:
To solve the SFA problems, we need a specific functional form. In our study, we estimate the directional output distance function by the quadratic functional, which satisfies the translation property. By expanding Equation (6), we get the equation below:
By taking the undesirable output b as the dependent variable, we get the following equation: where y and b represent the desirable output (electricity) and the undesirable output (CO2 emissions), respectively. In addition, k, l, and e represent capital input, labor input, and energy input, respectively. g represents the direction vector, i = 1, 2, ..., N represents each power plant. vi represents the random errors and ui represents the inefficiency.
Following Fare et al. and Chung, we estimate the MACs of each power plants by the equation that follows [54,55]: where qi represents the value of MACs and pi represents the feed-in tariff.
We get Equations (12) and (13) if we put the specific form of the directional distance function into Equation (11):
Thus, the equation for estimating MAC can be denoted as:
By calculating the coefficient value of each variable in the above equations, the environmental efficiency and emissions reduction cost of each power plant can be estimated.

As shown in Table 1, we selected 92 coal-fueled power plants in Shanghai and 53 coal-fueled power plants in Korea as our study sites. These cover all the coal-fueled power plants with an installed capacity above 10 MW in Shanghai and Korea. The data came from the Shanghai electric power corpus (2015) and the Korea Electric Power Corporation’s Statistics of Electric Power (2015) [21,57]. We used the installed capacity as capital input (k), the coal consumption as the energy input (e), the number of employed staff as the labor input (l); these were our three input variables. Additionally, we used each power plant’s gross electricity generation as the desirable output (y) and carbon dioxide emissions as the undesirable output (b); these were our two output variables. The data on electricity prices (P) are collected from the feed-in tariff of each coal-fired power plant of Shanghai and Korea in 2015.
However, there are no carbon dioxide emissions data available. Therefore, by following the criteria published on the website of the International Panel on Climate Change and the NRDC’s National Coordination Committee Office on Climate Change and Energy Research Institute, we calculated CO2 as follows [58]: where E indicates the amount of consumption of coal, CF indicates the transformation factor (tons of carbon/TCE), CC indicates the carbon content, and COF indicates the carbon oxidation factor, which estimates the percentage of actual carbon when combustion happens. The figure “44/12” indicates the ratio of the weight of one carbon atom combined with two oxygen atoms to the weight of a carbon atom. The ‘CF’ reported by the Korean Ministry of Knowledge Economy is used to estimate the CO2 emissions.
All data are based on the year 2015 and thus the empirical experiment is a cross-sectional comparative analysis between Korea and Shanghai. As shown in Table 3, the average scale of coal-fueled power plants in Korea is larger than that in Shanghai, while the standard deviation is similar.

Along with the sustainable developmental strategy, the question of preventing and controlling pollution is regarded as urgent by both China and Korea. Indeed, how to effectively protect the environment has become one of the thorniest issues of this century.
The Paris Agreement, signed in 2015, laid the foundation for the establishment of carbon trading market mechanisms, especially through international cooperation. Compared with sectoral or domestic ETS, international coordination can improve the efficiency of ETS, while substantially reducing emissions, to compensate for sector-specific costs of ETS and ultimately improve political acceptability. Harmonization may have the potential to avoid distributional effects and contribute to the environmental and economic benefits.
China and Korea are two major CO2 emitters, together accounting for about 30% of the total CO2 in the world. The two countries are not only geographically close, but also have a huge amount of trade volume with each other. In addition, both governments have shown willingness to cooperate on ETSs. Therefore, it is necessary to investigate the feasibility of international ETS cooperation between them. To avoid differences in economic scale, population size, and economic development stage, we selected Shanghai as a pilot region to cooperate with Korea. First of all, Shanghai is the most developed region in China and the closest to the stage of Korea’s economic development. Second, the formation of Shanghai’s metropolitan area is of special importance in China. It not only promotes economic development and the district integration in the Yangtze Delta, but also serves as a model for the development of the whole country. Third, the national carbon market trading center of China was established in Shanghai, because of its developed financial industry base, as well as its special status in China’s political and economic arena, and its good performance as a pilot carbon market.
The environmental efficiency results from coal-fueled power plants in Shanghai and Korea revealed that the group environmental efficiency is at a high level in both Shanghai and Korea, reaching 0.9289 and 0.9218, respectively, indicating that green economic policies and the establishment of ETS have played a positive role in these two regions and the exploration and application of new technology have been very successful. However, as to the meta-frontier environmental efficiency results, the value of coal-fueled power plants in Korea is 0.8023, which is higher than that in Shanghai. This result indicates that coal-fueled power plants in Shanghai are more likely to improve their environmental efficiency through benchmarks in international ETS cooperation. Large-scale ultra supercritical pressure units have been put into operation in Korea; meanwhile, the government and companies in Korea have invested significantly in carbon capture and storage technology.
This study also estimated the CO2 MAC of coal-fueled power plants in Shanghai and Korea. The results revealed that the real market price is much lower than our MAC results. In the Shanghai-Korea international ETS market, policymakers should impose a carbon tax, adjust their carbon emissions quotas, and introduce more regulatory measures—especially for coal-fueled power plants—to fill the gaps of 85.15% and 67.6%, respectively, of coal-fueled power plants in Shanghai and Korea. Otherwise, coal-fueled power plants will frequently act as buyers in the ETS market because the extremely low market price cannot stimulate coal-fueled power plants to further invest in pollution-reducing technology and improve environmental efficiency. In addition, although the difference in environmental efficiency between coal-fired power plants in Shanghai and in Korea is not large, the MAC difference reaches 73.7% due to the large difference in feed-in tariffs between these two regions. We suggest that policymakers should focus on the CO2 MAC differences caused by huge feed-in tariff differences to avoid equity problems when building the structure of the Shanghai-Korea ETS cooperation. For instance, compared with power plants in Shanghai, policymakers should set a looser cap and a higher offset for Korean plants. To reduce the impact of feed-in tariffs on carbon trading in the market, it would also be effective to arrange a higher quota or lower carbon tax for coal-fueled power plants in Korea.
However, long-term trends cannot be identified in our study because we used cross-sectional data instead of panel data. Both Shanghai ETS and Korea ETS have been established for less than five years. When more panel data have been collected, future studies may be possible for more precise and valuable results. 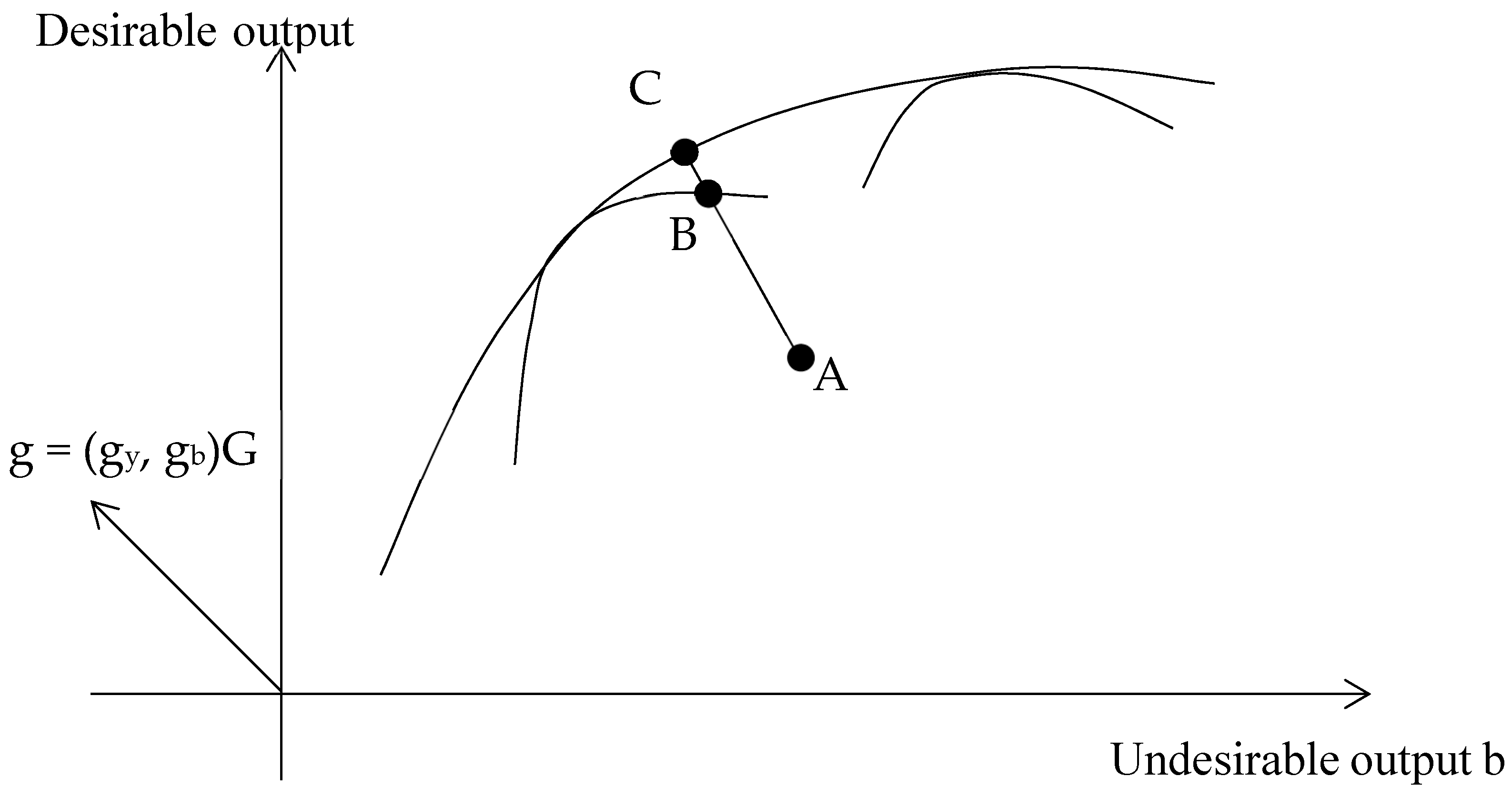 Table 6. CO2 MAC results (in U.S. dollars/ton).
Table 6. CO2 MAC results (in U.S. dollars/ton).
© 2019 by the authors. Licensee MDPI, Basel, Switzerland. This article is an open access article distributed under the terms and conditions of the Creative Commons Attribution (CC BY) license (http://creativecommons.org/licenses/by/4.0/).
We use cookies on our website to ensure you get the best experience. Read more about our cookies here.
Accept
We have just recently launched a new version of our website. Help us to further improve by taking part in this short 5 minute survey here. here.
Never show this again