Impacts of Urbanization and Associated Factors on Ecosystem Services in the Beijing-Tianjin-Hebei Urban Agglomeration, China: Implications for Land Use Policy
Previous Article in Journal

Article
Differences in Urban Built-Up Land Expansion in Zhengzhou and Changsha, China: An Approach Based on Different Geographical Features
by

Changsha is located in the middle reach of the Yangtze River. Changsha has six core districts and one county, and hosts two county-level cities that are within five national development zones and nine provincial industrial zones. It is the center for politics, economics, culture, science–education, and business in Hunan province. Its annual GDP reached 851.113 billion RMB in 2015, up by 9.9 percent over the previous year, which included an added value of 34.178 billion RMB from the primary industry, an added value of 447.82 billion RMB from the secondary industry, and an added value of 369.015 billion RMB from the tertiary industry. In 2015, the registered population was 6.804 million in the city, and it has increased rapidly every year.
Changsha has a total area of 11,816.0 km2, and its built-up area is 363.69 km2. The city has an annual mean temperature of 18.6 °C. The maximum temperature exceeds 37.8 °C in summer and drops to a minimum of −0.1 °C in winter. The climate is mild and the seasons are clear. From the topography and the geomorphology, the terrain is complex. It comprises alluvial plains on both sides of the Xiangjiang River, and mountains and low hills are around the city. Dawei Mountain is the highest mountain in Changsha and is 1607.9 m above sea level. Cezhan Lake has the lowest elevation in Changsha and is 23.5 m above sea level. The Xiangjiang River flows from south to northwest across the city.

Zhengzhou is an important city in the central region of China (112°42′ E–114°14′ E, 34°16′ N–34°58′ N). It is the country’s important integrated transport hub, the core city of the Central Plains Economic Zone, and is located in the south of the North China Plain along with the Yellow River. The city is the political, economic, cultural, science–education, and business center of Henan province. Its annual GDP reached 731.15 billion RMB in 2015, up by 10.0 percent over the previous year, which included the primary industry contributing an added value of 15.090 billion RMB, the secondary industry contributing an added value of 360.42 billion RMB, and the tertiary industry contributing an added value of 355.64 billion RMB. The city’s population was 9.569 million in 2015.
In addition, Zhengzhou has six districts, five county-level cities, and one county. It has a total area of 7446 km2, and a built-up area of 437.6 km2. The temperature ranges from 2.15 °C to 25.9 °C. Winter is dry and cold, and rain and snow are scarce. Spring is dry with a little rain. Summer is hot and autumn is cool. From the topography and the geomorphology, Zhengzhou includes minor mountains in the Southwest, and the built-up area of Zhengzhou is mainly comprised of alluvial plains. The Yellow River runs along the region and delineates the northern boundary of Zhengzhou (Figure 2).
This study analyzes the urban built-up land expansion in Zhengzhou and Changsha. Zhengzhou and Changsha are both in China’s abdomen, and are both national center cities. Also, they are connected by a North–South axis and are crossed by the main traffic road that connects the South and North. Zhengzhou is the capital city of Henan province, which carries 5000 years of history in China. Changsha is the capital of Hunan province, which carries the history of the modern Chinese military revolution and the development of the Chinese Communist Party. In summary, considering the extreme similarities between the cities, this study would analyze the characteristics of urban built-up land expansion purely from the perspective of geographical features, so as to deeply reveal the mechanism that underlies urban built-up land expansion.

We used multispectral remote sensing images to study the urban land expansion process, which included the Landsat TM images for 1990, 1995, 2000, and 2005, and the Landsat ETM+ images for 2008 and 2010. The resolution of the remote sensing image data is 30 m × 30 m. We used a combination of supervised classification and manual interpretation (using ENVI5.3 and maps in Google Earth) to classify and interpret the images. The processing resulted in five major classes: cultivated land, green land (forest, grassland), water, built-up land, and unused land. These five major classes contained 25 subtypes. The built-up land class included urban built-up land, rural built-up land, and other built-up land, which are the main types of land that reflect urban land expansion.
In addition to using the mentioned remote-sensing data, this paper also used two types of nonremote sensing data: one type to reflect the features of natural geography, and the other to reflect the features of human geography. The natural geography data included a digital elevation model (DEM) from the geospatial data cloud platform (http://www.gscloud.cn), and data on a river system that have been derived from the visual interpretation of remote-sensing images for Changsha and Zhengzhou. Also, we had collected a large amount of statistical data from the statistics bureau. These data included demographic and economic data, such as population, GDP, and industrial structure data, statistical data on population, which mainly referred to the census registered population, and statistical data on industrial structure, including the classifications of primary industry, secondary industry, and tertiary industry. The DEM was mainly utilized to analyze the topography of an urban expansion boundary and restrictive topographical factors for regional urban development.

This paper established a set of landscape metrics that link geographical features with urban built-up land expansion. The metrics were mainly selected from area and edge metrics, shape metrics, and aggregation metrics. The set included the number of patches (NP), the patch density (PD), the largest patch index (LPI), the perimeter–area fractal dimension (PAFRAC), the contagion index (CONTAG), and the interspersion and juxtaposition index (IJI). Among the metrics, the PAFRAC reflects the shape complexity across a range of spatial scales (patch sizes); the shape is regular and simple if the value is close to 1, which also indicates that the degree of human interference is greater; conversely, if the value is close to 2, the shape is complex. The CONTAG describes the degree of agglomeration or extension in the landscape. The dominant patch type has a good connection to the landscape when the CONTAG value is larger; on the contrary, when the CONTAG value is smaller, the landscape is characterized by a variety of landscape types and the degree of landscape fragmentation is high. The IJI reflects the landscape isolation distribution characteristics of those patch types that are severely restricted by certain natural conditions; a landscape has a better isolation distribution with higher values of IJI. All of the landscape metrics that have been chosen are related to the geographical features, especially the natural geographical features, and have been calculated through the Fragstats 4.2 platform.

The variables for urban built-up land intensive use were chosen from the land input intensity and the land output efficiency. Land input intensity refers to the funds or labor that are put into the land, and is the consequence of human activities. Land output efficiency refers to the economic value that is gained on a unit of land. Therefore, this paper chose the fixed assets investment per unit of land (FAIPUL), the public finance expenditure per unit of land (PFEPUL), the population density (PODE), the GDP per unit of land (GDPPUL), the land-use elasticity coefficient of population (LUECP), and the land-use elasticity coefficient of GDP (LUECGDP) as the indicators to reflect the degree of urban built-up land intensive use, all of which are related to the geographical features, especially the human geographical features.

4.1. The Comparsion of the Geographical Features

As can be seen from Figure 4, the indicators of human geographical features have shown regular and continuous growth in the two cities; however, the growth rate is different. The two cities exhibited different trends in household population growth. Zhengzhou’s household population showed explosive growth during the next two decades; however, Changsha’s increased slowly (Figure 4a). The growth trend of different industrial output value was different. The output value of Changsha’s primary industry had always been higher than that of Zhengzhou’s. However, the growth trends of the secondary industry and the tertiary industry were similar, which led to the amount of gross domestic product being basically the same from 1990 to 2010 (Figure 4b,c,d,g). In addition, Changsha’s public finance expenditure growth trend was similar to Zhengzhou’s, and Changsha’s investment volume growth trend was also similar to Zhengzhou’s. Nevertheless, Changsha’s public revenue fluctuated sharply in 2008; afterward, the amount of public revenue in Changsha was larger than that in Zhengzhou’s (Figure 4e,f,h).

4.2. The Natural Geographical Features and the Landscape Metrics of Urban Built-Up Land

4.3. The Human Geographical Features and the Level of Urban Built-Up Land Intensive Use

Whether it was the fixed assets investment per unit of land (Figure 6a), the public finance expenditure per unit of land (Figure 6b), or the GDP per unit of land (Figure 6d), the growth rate of Changsha had been faster than that of Zhengzhou during the past two decades, which shows that the level of built-up land intensive use in Changsha was higher than that in Zhengzhou, and the land-use efficiency in Changsha was higher at the same time. From another point of view, the urban built-up land expansion in Zhengzhou was more obvious in terms of changes in human geographical features, as economic and social development have both had a strong dependence on the built-up land expansion.
Judging from the population density (Figure 6c), the density became smaller as time went by in both cities, and Zhengzhou’s population density was lower than Changsha’s. However, Zhengzhou’s population was larger than Changsha’s, which shows that the built-up land use in Zhengzhou was more extensive than that in Changsha. From the perspective of the land-use elasticity coefficient of population (Figure 6e) and the land-use elasticity coefficient of GDP (Figure 6f), Changsha showed a negative value in 2000. The reason for this was that the value of land growth in the built-up land was negative according to the original data. On the other hand, the value of the two indicators was larger before 2000, which reveals that land was not the major driving factor of economic growth at that time. However, after 2000, the two indicators showed violent fluctuations. The value of the two indicators in Changsha has been larger than the value of the two indicators in Zhengzhou since 2005, which shows that population and economic growth in Zhengzhou were becoming increasingly dependent on the expansion of urban built-up land, while the dependence of Changsha on urban built-up land was lower.
Regarding the regularity of human geographical features, the level of built-up land intensive use does not show regular changes in the human geographical features; on the contrary, it presents greater volatility. This shows that the expansion of urban built-up land is driven by the human geographical features. More importantly, it is also affected by other factors such as relevant land use policies and the natural geographical features.

4.4. The Differentiation Analysis of the Influence of Human and Natural Geographical Features

H.Z. and Z.W. conceived and designed the research. J.C. analyzed the data. Z.W. wrote the paper. H.Z. revised the paper, H.Z. and Z.W. contributed equally to this work. All authors have read and approved the final manuscript.

Research on the performance evaluation and promotion mechanism of urban construction land under the background of new urbanization: 71673258.

This work was supported by the National Natural Science Foundation of China (Grant No. 71673258). 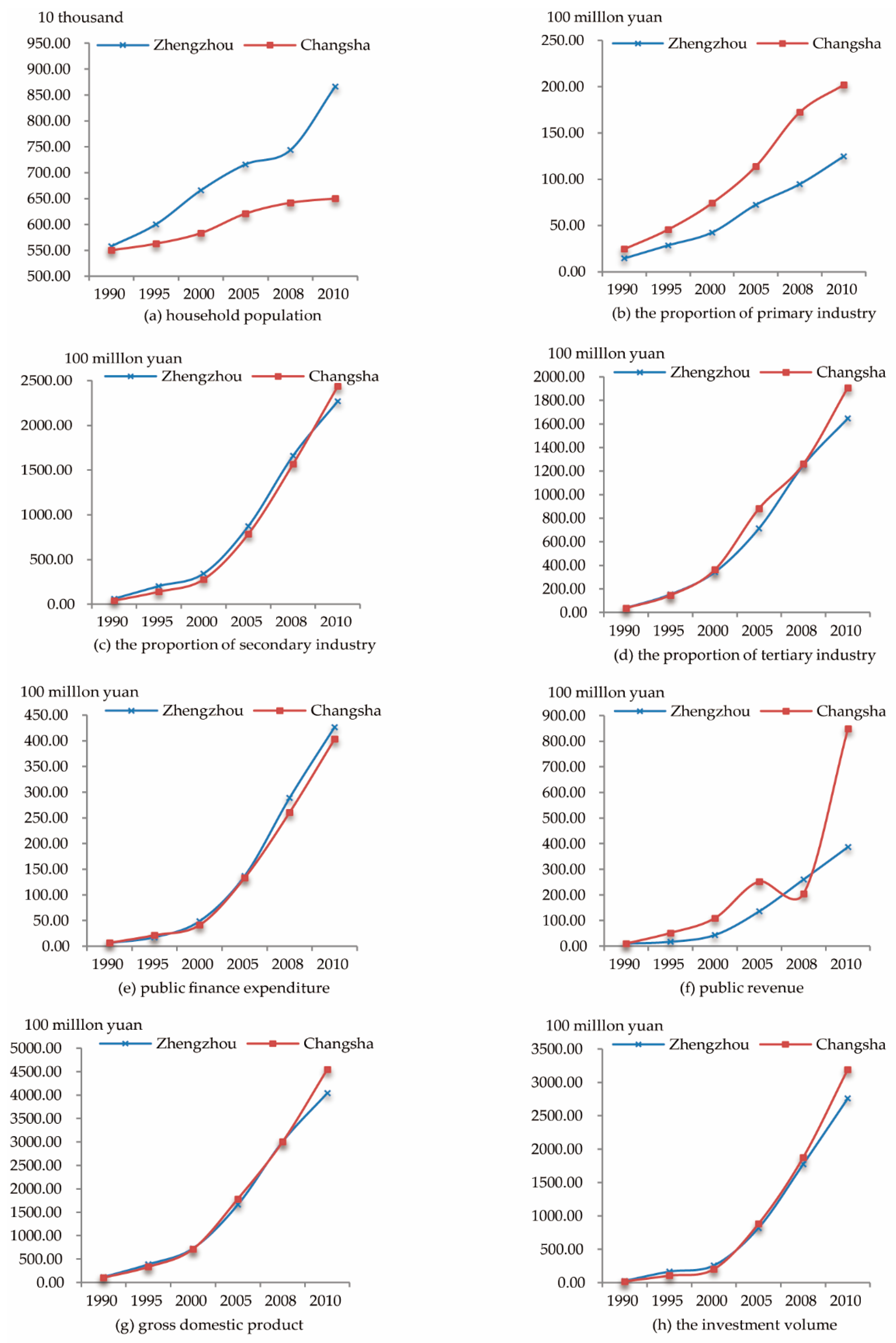 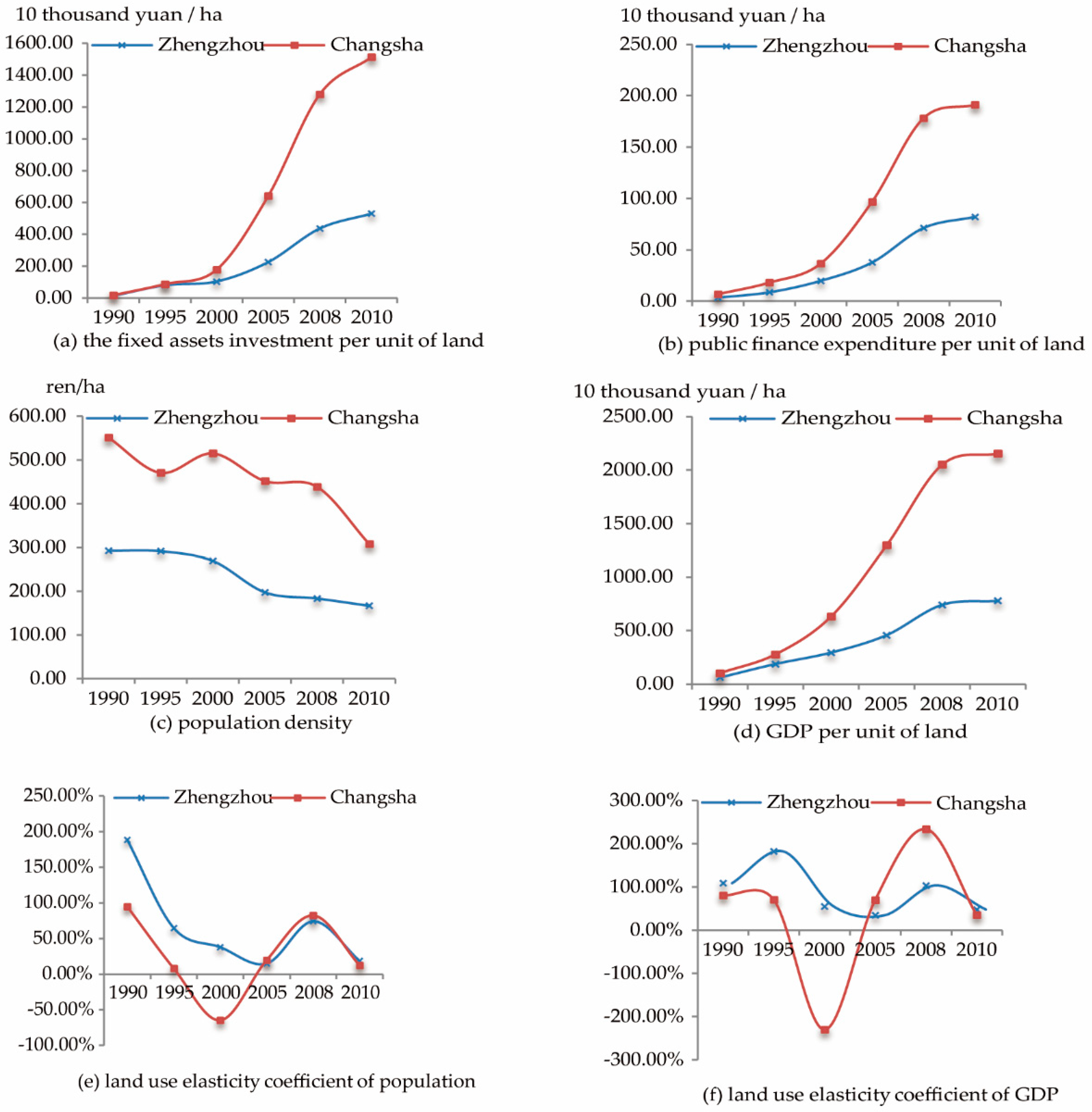