Background: The respiratory system is one of the main entrance gates for infection. The aim of this work was to compare the appearance of specific mucosal pro-inflammatory and common anti-microbial defence factors in healthy lung tissue, from an ontogenetic point of view. Materials and methods: Healthy lung tissues were collected from 15 patients (three females and 12 males) in the age range from 18 to 86. Immunohistochemistry to human β defensin 2 (HBD-2), human β defensin 3 (HBD-3), human β defensin 4 (HBD-4), cathelicidine (LL-37) and interleukine 17A (IL-17A) were performed. Results: The lung tissue material contained bronchial and lung parenchyma material in which no histological changes, connected with the inflammatory process, were detected. During the study, various statistically significant differences were detected in immunoreactive expression between different factors in all lung tissue structures. Conclusion: All healthy lung structures, but especially the cartilage, alveolar epithelium and the alveolar macrophages, are the main locations for the baseline synthesis of antimicrobial proteins and IL-17A. Cartilage shows high functional plasticity of this structure, including significant antimicrobial activity and participation in local lung protection response. Interrelated changes between antimicrobial proteins in different tissue confirm baseline synergistical cooperation of all these factors in healthy lung host defence.
Keywords: healthy lungs; factors; immunity; respiratory system; local defence healthy lungs; factors; immunity; respiratory system; local defence

This study was approved by the Ethics Committee for Clinical Research of Medicine and Pharmaceutical Products at Pauls Stradins Clinical University Hospital Development Foundation in Latvia (Nr. 230113-17L, 2013). The study was conducted at the Institute of Anatomy and Anthropology, Latvia. All of the patients gave their informed written consent to participate in the study. The respiratory system material was obtained from 15 patients, 12 of them being males in the age range from 19–86 years and 3 of them females in the age range from 18 to 59 years. Tissues were not associated with inflammation or any other pathology. The material was collected during postmortem autopsy from persons who died in an accident and not from respiratory tract disease or during lung operation. Tissue material was collected from Pauls Stradins Clinical University hospital and Riga Stradins University Anatomy and Anthropology institute archive (lung tissue material) collection. The autopsy material contained bronchial wall tissue including cartilage from main and lobar bronchi, and lung parenchymal tissue. The lung tissue material used in the study was obtained at autopsy 12–24 h after the biological death of patients.
For patient selection, to exclude as many co-factors and confounders as possible, inclusion and exclusion criteria were developed.
Inclusion criteria: (1) A patient older than seven years (age when the lungs are considered morphologically mature and corresponding to the lung morphology of an adult individuals); (2) the obtained lung tissue sample histologically complies with the requirements of the tissue sample determined in the study and contains bronchial material (and/or lung parenchymal material).
Exclusion criteria: (1) Pathological finding in the lung tissue material (inflammatory cell infiltration, chronic inflammation, etc.); (2) acute or chronic lung disease in medical history; (3) lung oncological disease; (4) no bronchial and/or pulmonary material is found in the tissue section. The causes of death were accidents or fatal self-harm (trauma to body parts and organs, suicides that were not compatible with life). The causes of death of 6 individuals were associated with acute cardiovascular failure and/or ischemic heart disease (cause of death—cardiac arrest).

The lung tissue material contained bronchial and lung parenchyma material in which no histological changes connected with inflammatory process were detected.

The study was conducted according to the guidelines of the Declaration of Helsinki, and approved by the Ethics Committee for Clinical Research of Medicine and Pharmaceutical Products at Pauls Stradins Clinical University Hospital Development Foundation in Latvia (Nr.230113-17L, 2013). 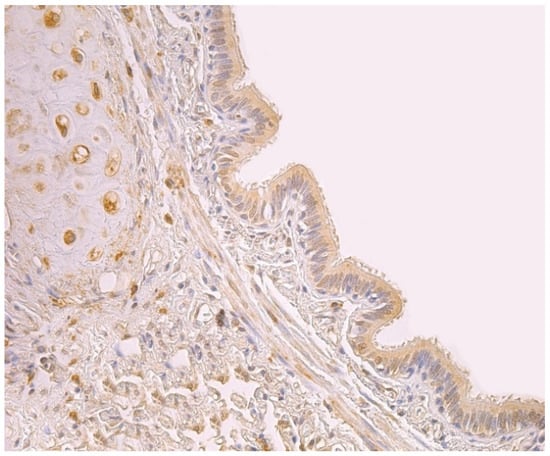 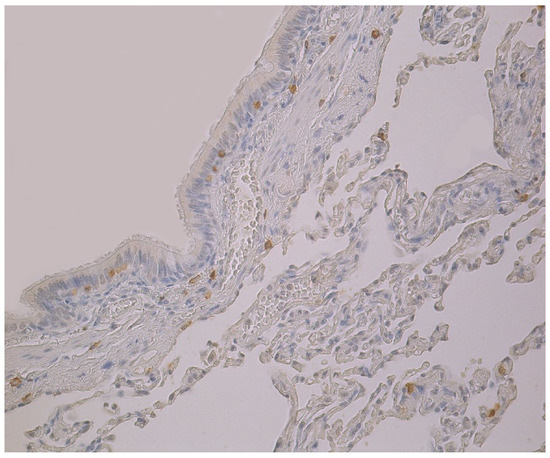 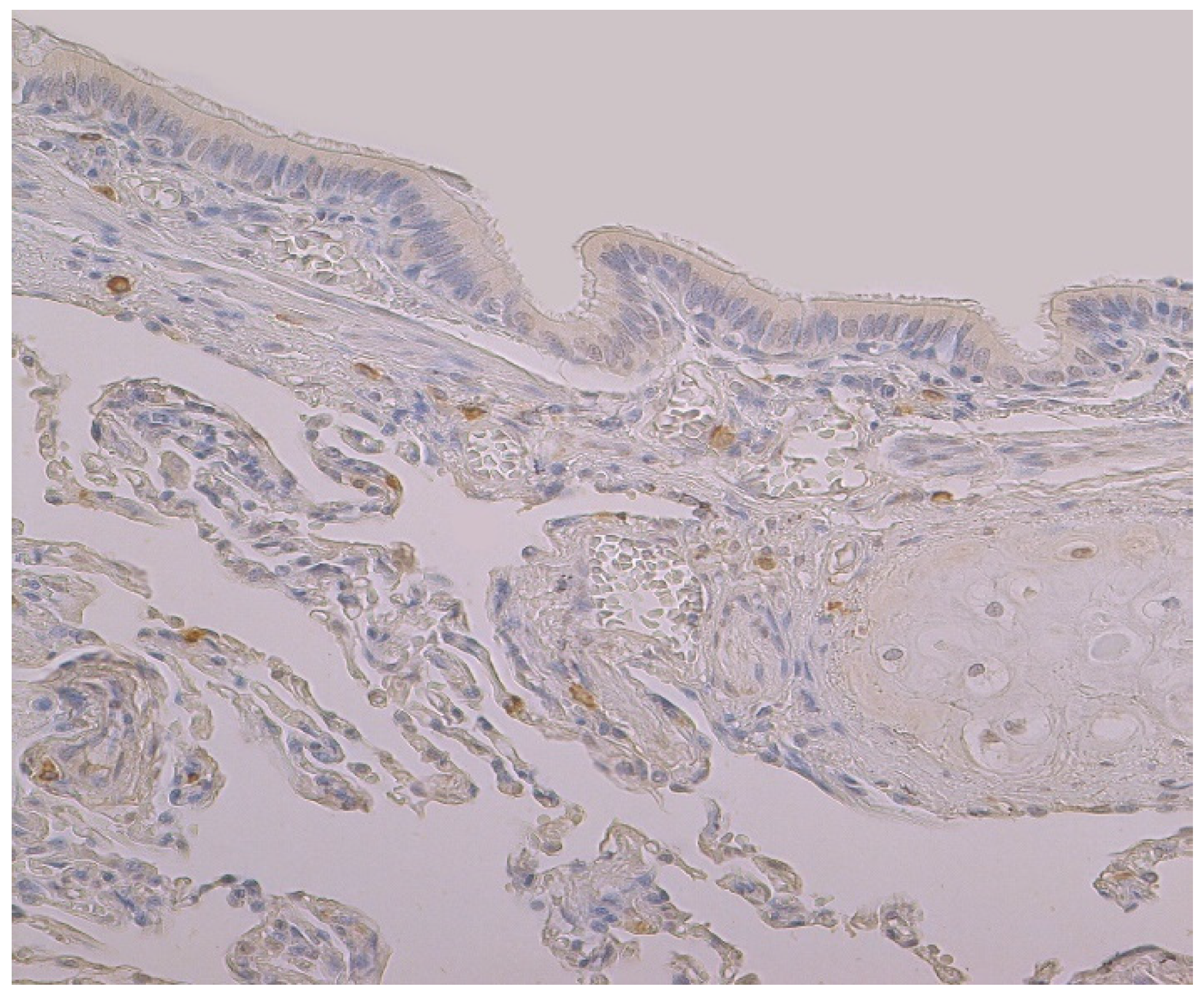 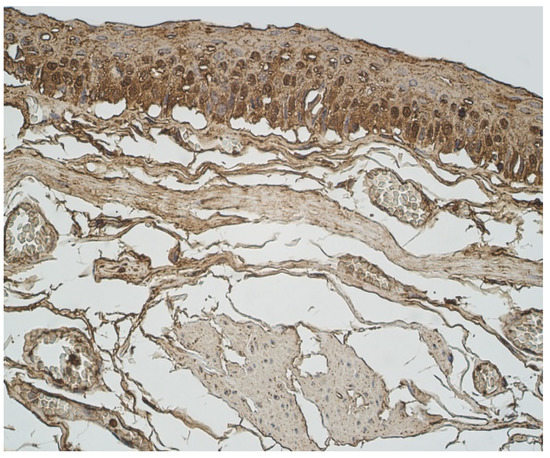 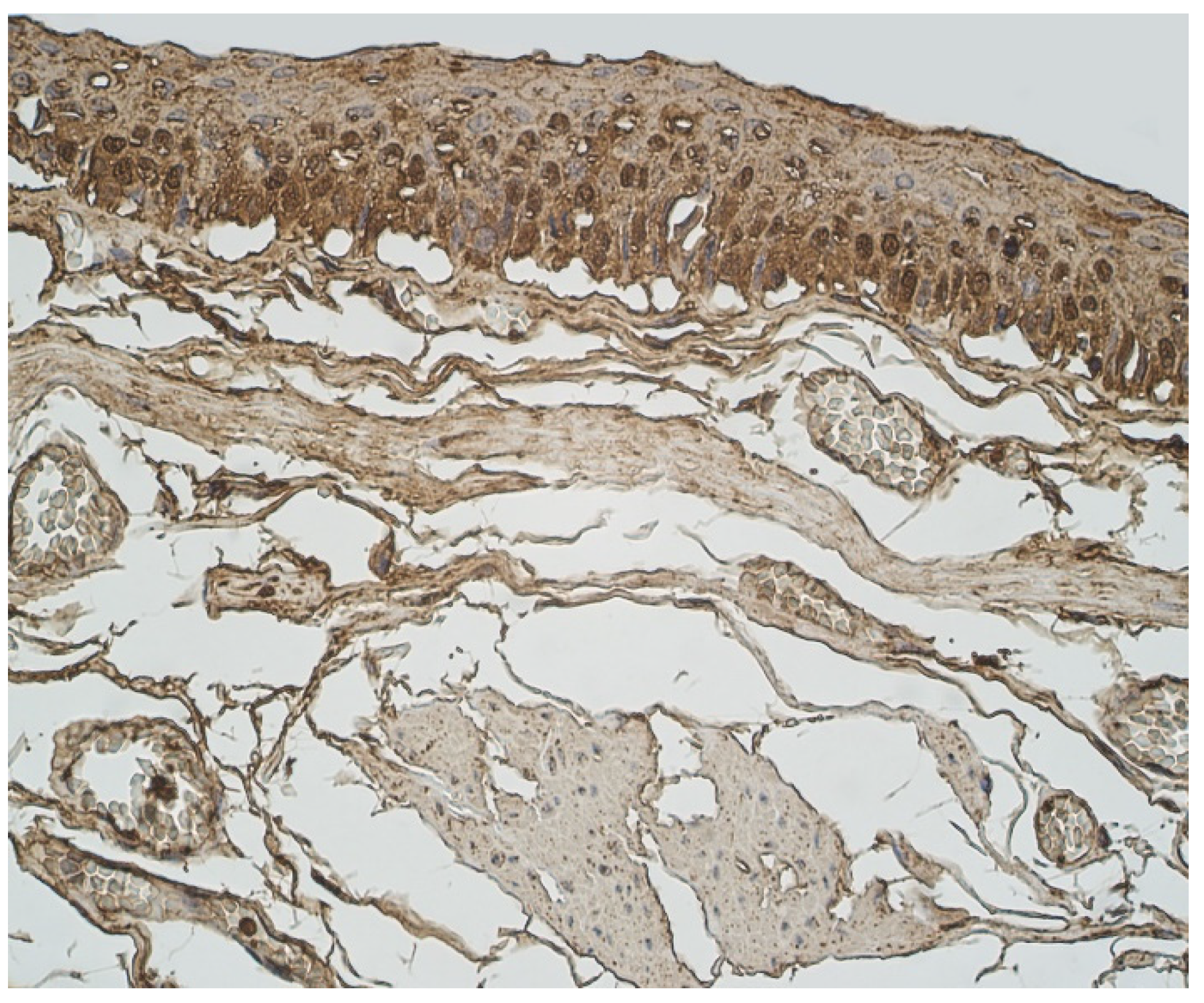