A Rare Case of Posterior Fossa Tumor and Central Precocious Puberty: Case Presentation and Review of the Literature
Previous Article in Journal

Impact of Body Mass Index on the Age of Relapsing-Remitting Multiple Sclerosis Onset: A Retrospective Study 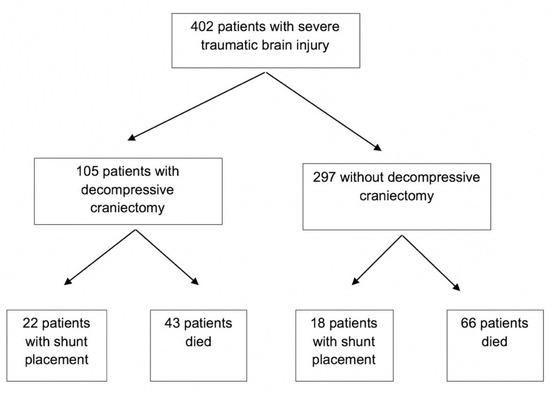 Hansen Deng
Dr Deng is a Neurosurgery Resident at the University of Pittsburgh Medical Center (UPMC; Pittsburgh, PA, USA). He received his MD from University of California San Francisco School of Medicine. He has authored over 40 peer-reviewed publications in neurosurgery and neurotrauma with special focus on traumatic brain injury, spine and spinal cord injury, biomarkers, genetics, and outcomes. Along with optimizing operative management of brain and spina trauma patients, his goal is to advance evidence-based clinical practices in the neurocritical intensive care unit.

Ezequiel Goldschmidt
Dr Goldschmidt is an Assistant Professor of Neurosurgery at the University of California San Francisco (UCSF; San Francisco, CA, USA). He completed his training at the University of Pittsburgh Medical Center and Van Wagenen Fellowship at the Karolinska Institute in Stockholm, Sweden. His clinical research focuses on understanding neuroanatomy to improve surgical technique and facilitate access to complex lesions while minimizing patient impact. He has authored over 50 peer-reviewed publications in neurosurgery and neuroanatomy.

Enyinna Nwachuku
Dr Nwachuku is a Chief Neurosurgery Resident at the University of Pittsburgh Medical Center (UPMC; Pittsburgh, PA, USA). He received his MD from UPMC School of Medicine. He has completed dual Fellowships in Critical Care and Sports Medicine at UPMC.

Nitin Agarwal
Dr Yue is a Neurosurgery Resident at University of California San Francisco (UCSF; San Francisco, CA, USA). He received his MD from UCSF School of Medicine. He has authored over 120 peer-reviewed publications in neurosurgery and neurotrauma with special focus on traumatic brain injury, spine and spinal cord injury, biomarkers, genetics, and outcomes.

Ava M. Puccio
Prof. Puccio is an Assistant Professor of Neurosurgery and co-director of the Neurotrauma Clinical Trials Center at the University of Pittsburgh Medical Center (UPMC; Pittsburgh, PA, USA). Her research has focused on improving outcomes in traumatic brain injury patients, with clinical venues of controlled normothermia, mechanisms of brain oxygenations and exploring genetic variances and expression on outcome. She has authored over 80 peer-reviewed publications.

David O. Okonkwo
Dr Okonkwo is a Professor and Executive Vice Chair of Neurosurgery and Director of the Neurotrauma Clinical Trials Center at University of Pittsburgh Medical Center. He received his MD and PhD from the Medical College of Virginia. He completed residency in Neurosurgery at University of Virginia and fellowship at Auckland Public Hospital (Auckland, New Zealand). His clinical interest are traumatic brain and spine injury, spinal deformity and scoliosis. His research endeavors include developing advanced neuroimaging modalities and novel therapeutic interventions for brain and spinal cord injury. He is lead and co-lead investigator of numerous federal and foundation grants, multicenter clinical trials, including the nationally-funded clinical core to study pathophysiology of traumatic brain injury. He has authored over 250 peer-reviewed publications.
Zoom | Orient | As Lines | As Sticks | As Cartoon | As Surface | Previous Scene | Next Scene
We use cookies on our website to ensure you get the best experience. Read more about our cookies here.
Accept
We have just recently launched a new version of our website. Help us to further improve by taking part in this short 5 minute survey here. here.
Never show this again