Personality and Reputation: A Complex Relationship in Virtual Environments
Next Article in Special Issue

Exploiting JTAG and Its Mitigation in IOT: A Survey
Previous Article in Journal

The introduction of the internet in embedded devices led to a new era of technology—the Internet of Things (IoT) era. The IoT technology-enabled device market is growing faster by the day, due to its complete acceptance in diverse areas such as domicile systems, the automobile industry, and beyond. The introduction of internet connectivity in objects that are frequently used in daily life raises the question of security—how secure is the information and the infrastructure handled by these devices when they are connected to the internet? Security enhancements through standard cryptographic techniques are not suitable due to the power and performance constraints of IoT devices. The introduction of virtualization technology into IoT devices is a recent development, meant for fulfilling security and performance needs. However, virtualization augments the vulnerability present in IoT devices, due to the addition of one more software layer—namely, the hypervisor, which enables the sharing of resources among different users. This article proposes the adaptation of ASMI (Architectural Support for Memory Isolation—a general architecture available in the literature for the improvement of the performance and security of virtualization technology) on the popular MIPS (Microprocessor without Interlocked Pipeline Stages) embedded virtualization platform, which could be adopted in embedded virtualization architectures for IoT devices. The article illustrates the performance enhancement achieved by the proposed architecture with the existing architectures. View Full-Text
Keywords: IoT security; dynamic memory allocation; memory isolation IoT security; dynamic memory allocation; memory isolation
►▼ Show Figures 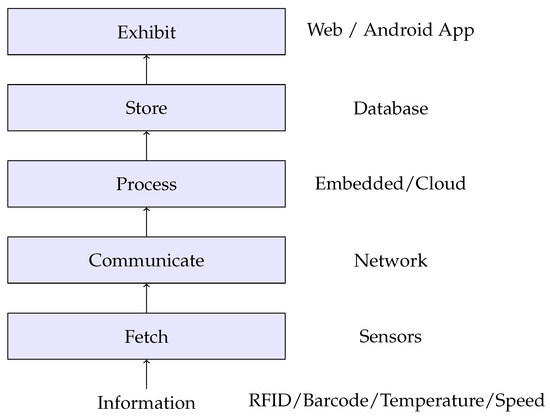