The ESCRT-I factor Tsg101 is essential for sorting endocytic cargo and is exploited by viral pathogens to facilitate egress from cells. Both the nucleocapsid (NC) domain and p6 domain in HIV-1 Gag contribute to recruitment of the protein. However, the role of NC is unclear when the P(S/T)AP motif in p6 is intact, as the motif recruits Tsg101 directly. The zinc fingers in NC bind RNA and membrane and are critical for budding. Tsg101 can substitute for the distal ZnF (ZnF2) and rescue budding of a mutant made defective by deletion of this element. Here, we report that the ubiquitin (Ub) E2 variant (UEV) domain in Tsg101 binds tRNA in vitro. We confirmed that Tsg101 can substitute for ZnF2 when provided at the viral assembly site as a chimeric Gag-Tsg101 protein (Gag-ΔZnF2-Tsg101) and rescue budding. The UEV was not required in this context; however, mutation of the RNA binding determinants in UEV prevented Tsg101 recruitment from the cell interior when Gag and Tsg101 were co-expressed. The same Tsg101 mutations increased recognition of Gag-Ub, suggesting that tRNA and Ub compete for binding sites. This study identifies a novel Tsg101 binding partner that may contribute to its function in recognition of Ub-modified cargo. View Full-Text
Keywords: HIV; Gag; Tsg101; ESCRT; ubiquitin; RNA; nucleocapsid HIV; Gag; Tsg101; ESCRT; ubiquitin; RNA; nucleocapsid
►▼ Show Figures 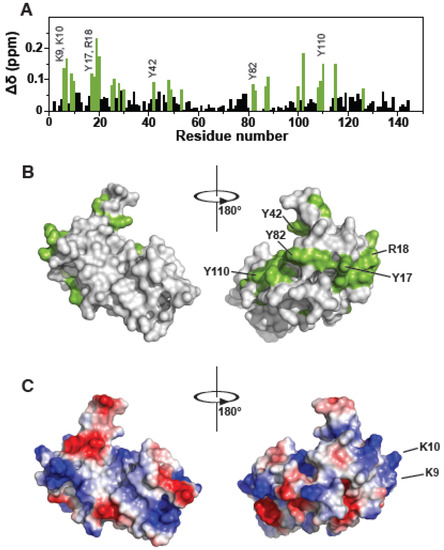