From Host to Phage Metabolism: Hot Tales of Phage T4’s Takeover of E. coli
Next Article in Special Issue

The number of novel bacteriophage sequences has expanded significantly as a result of many metagenomic studies of phage populations in diverse environments. Most of these novel sequences bear little or no homology to existing databases (referred to as the “viral dark matter”). Also, these sequences are primarily derived from DNA-encoded bacteriophages (phages) with few RNA phages included. Despite the rapid advancements in high-throughput sequencing, few studies enrich for RNA viruses, i.e., target viral rather than cellular fraction and/or RNA rather than DNA via a reverse transcriptase step, in an attempt to capture the RNA viruses present in a microbial communities. It is timely to compile existing and relevant information about RNA phages to provide an insight into many of their important biological features, which should aid in sequence-based discovery and in their subsequent annotation. Without comprehensive studies, the biological significance of RNA phages has been largely ignored. Future bacteriophage studies should be adapted to ensure they are properly represented in phageomic studies. View Full-Text
Keywords: bacteriophage; RNA viruses; RNA; Cystoviridae; Leviviridae bacteriophage; RNA viruses; RNA; Cystoviridae; Leviviridae
►▼ Show Figures 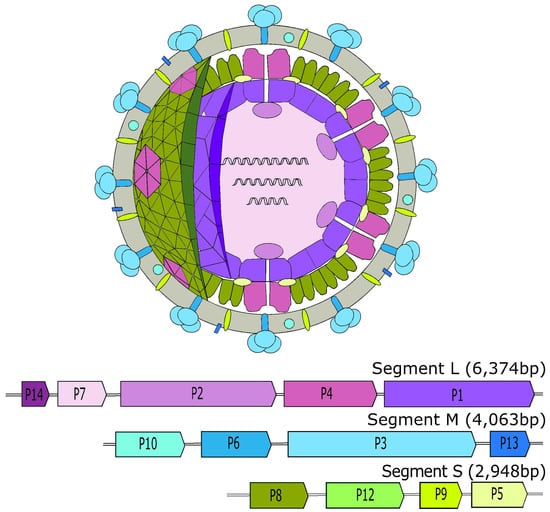