The following are available online at https://www.mdpi.com/1999-4915/10/6/300/s1. Video S1: GoPro footage from UAV demonstrates whale blow sampling. All sequence reads generated in this project are available under the NCBI Short Read Archive (SRA) under accession number SRP149185 and virus sequences have been deposited in GenBank.

V.P. is supported by a Macquarie Research Excellence scholarship. E.C.H. is funded by an ARC Australian Laureate Fellowship (FL170100022).

This research was conducted under the Macquarie University Animal Ethics Committee Animal Research Authority 2016/010 and the NSW Office of Environment and Heritage Scientific Research permit SL101743. We thank Heliguy and Guy Alexander for providing drone manufacturing and testing support, CASA certification, and operational insurances, and NSW Maritime and Oliver Masens for their support and use of vessels for sampling. We also thank the Cape Solander Whale Migration Study—particularly Wayne Reynolds, Sue Rennie Wright, and Mark Mcgeachie—and Sally Browning and Air Pig Productions for their donation of drone batteries. 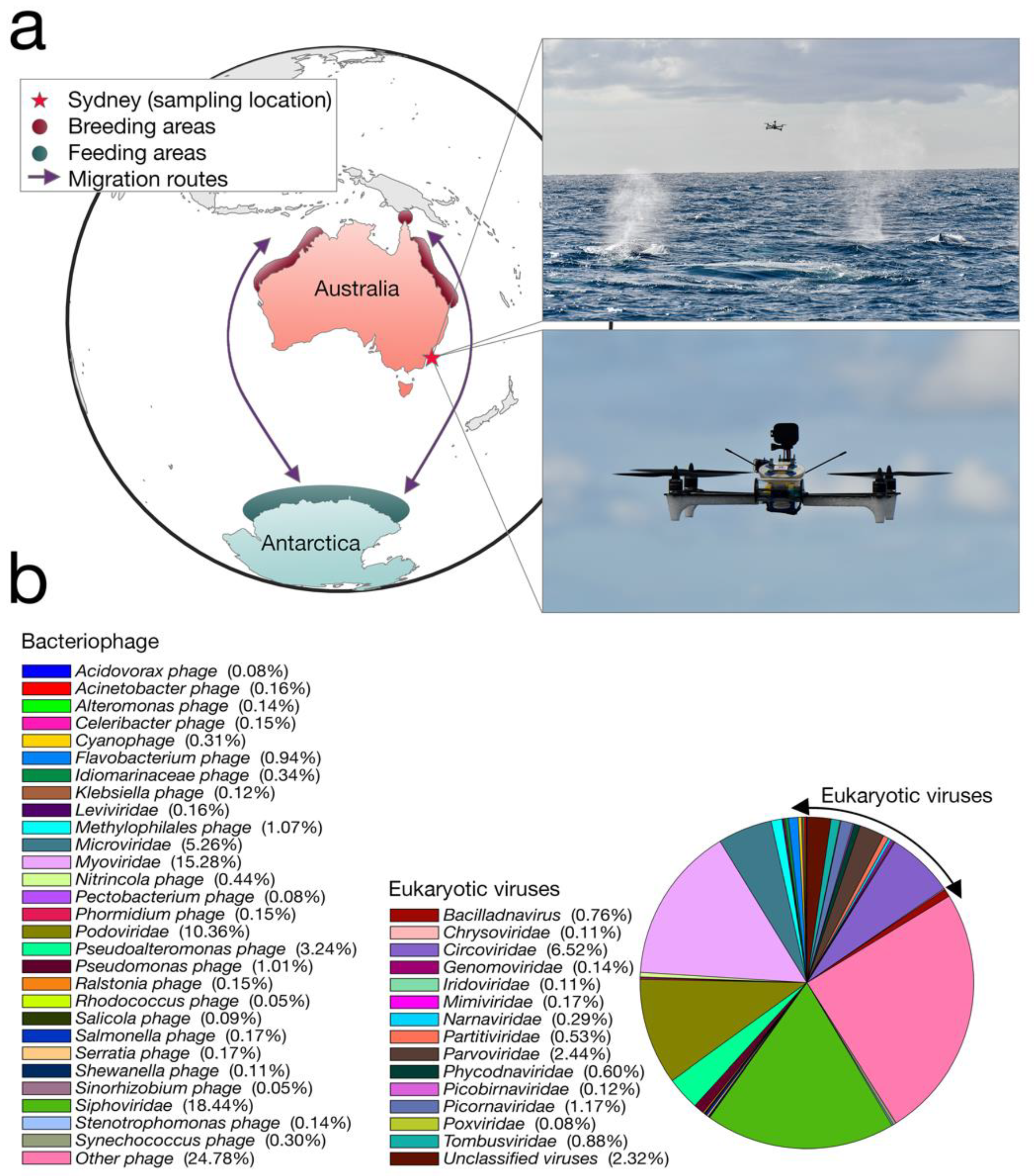