The Auto-Diagnosis of Granulation of Information Retrieval on the Web

The simulation of conscious processes on the Web presented in [1] is an auto-diagnosis of information retrieval in this network, understood as matching information retrieved with information represented by the thesaurus. The model of the “auto-diagnosis agent awareness” model and its information technology (IT) interpretation, and then the logical basis for this interpretation, were described in the attribute language (AL).
The auto-diagnosis agent that searches for information on the Web processes computer-based sets of descriptions of knowledge represented by the Web. By applying the analogy to the conscious processes of humans, this knowledge is properly compared with the thesaurus: (1) concepts and roles that the agent knows, (2) assertions that the agent knows, and (3) axioms of the concepts and assertions use that the agent understands through the conceived rules. The information retrieval system that the agent knows and understands is called auto-diagnosis of information retrieval on the Web. The following problems were presented in the cited paper:
It is intuitively assumed that the conceiving of information, represented by descriptions of something, is to discern, distinguish, and identify a thing. The information conceived about an object is preceded by the perception of the description of this object. It consists of references of certain information resources about the object to the degree of compliance of this information with the precisely established knowledge, represented in a set of object descriptions called the thesaurus [2,3]. Thus, object perception determines the weight, rank, and importance of object descriptions representing information about this object. This also applies to sources of information about objects that point to these objects, which are called, in computer science entities, signs of objects, which are different from their descriptions. Each such reference is called the information granule [3,4] and its occurrence is called data about the object.
The description of the information granules indicates something that the information is concerned with. On the Web, any description, and thus a description of an information granule, has an address made up of information in the memory of the computer connected to a network. This address indicates a sign available to a person, revealing what the information applies to, including a specific description of the object to which this information relates. This sign is, for example, a natural language expression describing the object or a representative of data about these objects, as well as their image or their sound characteristics. Granules are grouped into granule systems in which granular calculations are made, i.e., the information about the objects is interpreted. For precisely established knowledge, granules are data sets. When an incorrect classification of objects is used to represent knowledge, granules cannot be described by abstract data sets. In this situation, the following non-standard formalities of set theory [5] are proposed for determining information granules: interval analysis [6], fuzzy sets [7,8,9], rough sets [10,11,12,13,14] and shadowed sets [5,15,16]. In the indicated papers, as well as in other papers on granular calculations, the theory of information granules was missing. The description of the information granules system was specified in [1,2]. The paper [2] also shows the structure of inducing the granule system by fuzzy algebra as a perception system. In this paper, a postulation of the relationship between the structure of the brain’s neural network memory and the semantic web is continued [1,17].
With the perception of knowledge in the brain, i.e., human information processing, the field of heuristics and psychologists strongly connect analysis, reduction, deduction and synthesis in information processing. Classical logic has already described the deduction system containing a bivalent propositional calculus well, in which statements are true (they are valid) or they are not true (they are not valid). The statement is true if it is compatible with what is known with the thesaurus, and when there is no such compatibility, statements are not true. Deduction, in the psychological and heuristic sense, is supported by the processes of analysis, reduction and synthesis. They are described in the Section 3.1 ‘Algorithm for the compatibility of ontology expressions with thesaurus expressions’. Any intelligence, human and AI, can process information using the information processing indicated above. Of course, the complexity of this processing, in the context of overall processing, is different for each process. The paper [18] presents the self-diagnosis system of searching for information by the Web search engines, including automatic information search, as a model of a conscious system. Therefore, referring to the problems cited above, a hypothesis can be made:
The main frequencies (waves) of behaviour of intelligence systems in information processing are the frequencies (waves) of the processes of analysis, reduction, deduction and synthesis and result from the complexity of these processes.
This paper limits the understanding of this hypothesis only to the self-diagnosis system of searching for information by the Web search engines. Only the first stage of verification of this hypothesis has been dealt with, i.e., the precise (formal) description of the analysis, reduction, deduction and synthesis processes in the Web. Only then will it be possible to estimate the overall complexity of these processes or for specific self-diagnosis systems. In this sense, in this paper, for the first time in the scientific literature, a formal conceptual apparatus is formulated for the description of logics: analysis, reduction, deduction, synthesis and relations between them. This will enable the specification of the algorithm given in the paper. Furthermore, for the first time, a second-order semantic network [2] is presented, in which there are concepts of statements and roles between concepts, called conjunctions (Section 2). Inspired by cybernetic terms of positive and negative feedback, they were introduced to describe information processing. This made it possible for the processing schemes to take the form of logical squares.
No reference was made to the latest works on information granulation on the Web and granular calculations, as they do not describe the systems of analysis, reduction, deduction and synthesis. In order to simplify the presentation of the theory, a standard structure of fuzzy set algebras was used to construct the perception of information searched for on the Web. In the future, similarly, other information perception systems can be used for this purpose.

2. Conceiving of Assertions on the Web

3. Compatibility of the Ontology Expressions with the Thesaurus Expressions

Below, a certain heuristic algorithm based on the experience of the author of this paper is presented. The algorithm allows us to determine how heuristic methods of information retrieval on the Web by the auto-diagnosis agent are understood, such as analysis, reduction, deduction and synthesis. In this chapter, Formulas (17)–(29) are used to specify logical operation tables used in the methods of analysis, reduction, deduction and synthesis.

3.1. Algorithm for the Compatibility of Ontology Expressions with Thesaurus Expressions

Procedure compare the expressions searched on the Web with the thesaurus expressions download assertions X from the Web by the auto-diagnosis agent (see Algorithm 1).

It is assumed that means that the assertion formula is justified, while is unjustified. In Table 2, we present the values of the connectives for the deduction.

It is assumed that means that the assertion formula is problematic, while is unproblematic. In Table 3, we present the values of the connectives for the analysis.

It is assumed that means that the assertion formula is hypothetical, while is not hypothetical. In Table 4, we present the values of the connectives for the reduction.

It is assumed that means that the assertion formula is resolved, while is to be resolved. In Table 5, we present the values of the connectives for the synthesis.

The presented t-norms in the following section are analogous to the standard t-norms described in the literature [7,24,25].

It is easy to check the following Theorem:
Theorem 3.
Tables of the values of operations—complement, t-norm, s-norm, t-residuum and s-residuum—limited to values of zero and one, for deduction, analysis, reduction and synthesis, respectively, are isomorphic for values of zero and one with the tables of logical values for negation, alternatives, conjunctions, implications and the exclusion of assertions, as given in Table 2, Table 3, Table 4 and Table 5 for deduction, analysis, reduction and synthesis systems, respectively.
Algebras described in Theorem 3 are called the de Morgan algebras:

According to the suggestions given in the Introduction, object perception determines the weight, rank and validity of object descriptions representing information about an object, pointing to objects, i.e., to descriptions of objects called instances (objects belonging to the universe U). Each such reference is called an information granule for the description of an object [2,3].
It is postulated that only such perception sets will be considered for which only one perception with the same name exists for each used on the Web:
In addition, for any de Morgan algebra , where for one , for each and any perceptions , there is one such perception that fulfils one of these conditions:
The algebras thus defined are called, respectively, the perception systems of deduction, analysis, reduction and synthesis. When is the set of all functions , identified in this paper with fuzzy sets, then we can talk about fuzzy set algebras.

The problems presented in the paper [1] listed in the Introduction were not resolved in this paper, but they indicated a certain direction for research. The structure of the perception of logical values has been revealed: problematic, hypothetical, justification and decidability, which may correspond to such neuronal processes of information processing in the human brain as stimulation, inhibition, conditioning and communication of neurons. It can also be assumed that these processes can be simulated by the methods described above: analysis, reduction, deduction and synthesis. The computational complexity of these processes may then justify the occurrence of so-called brain waves. These simulations can be improved, e.g., by the ideas of heuristics proposed in [22,23]. This research motivates us to formulate a strict theory of information granules induced by the systems of the perception of analysis, reduction, deduction and synthesis. This theory can be used in other fields of science—not only in computer engineering, but also in psychology or research on the human brain. The results obtained in this paper will be used in the future, mainly to refine the given heuristic algorithm for the compatibility of ontology expressions with thesaurus expressions on the Web. The aim of this research will be to extend information processing in the self-diagnosis system of automatic information retrieval by the Web search engines in accordance with this algorithm and to study the complexity of this processing. 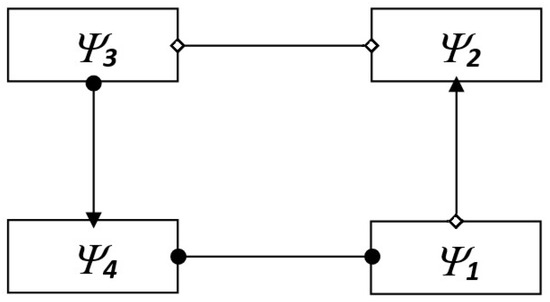 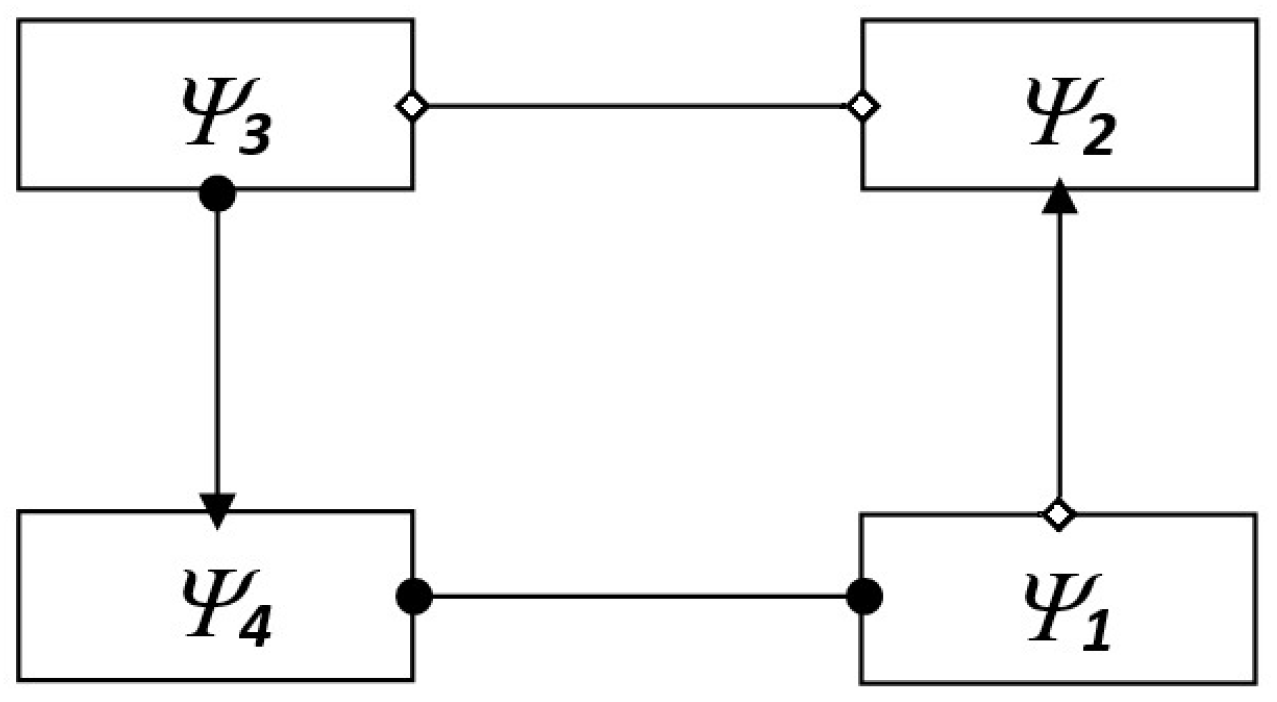 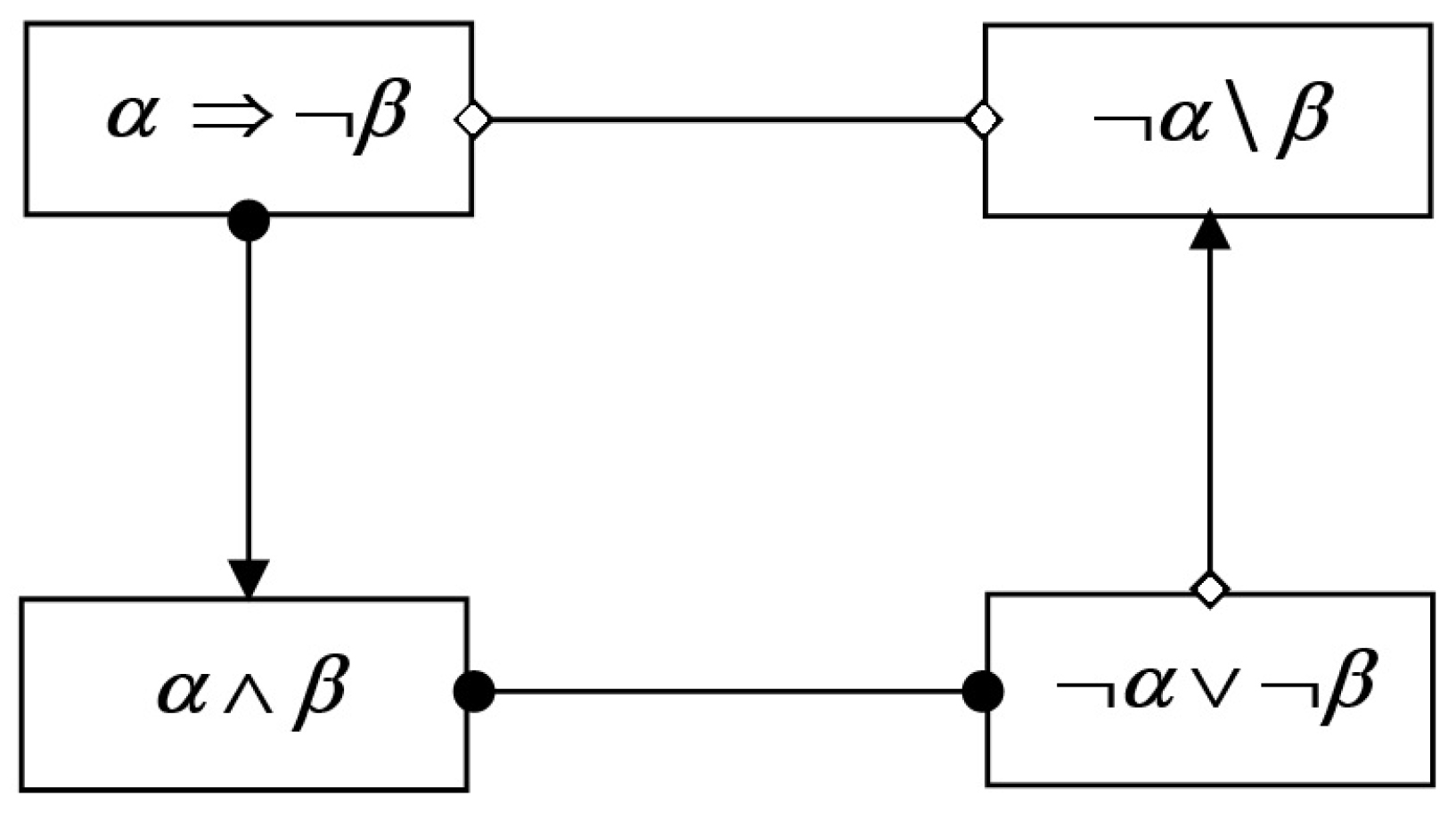 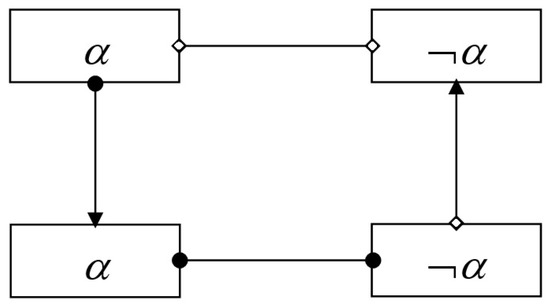 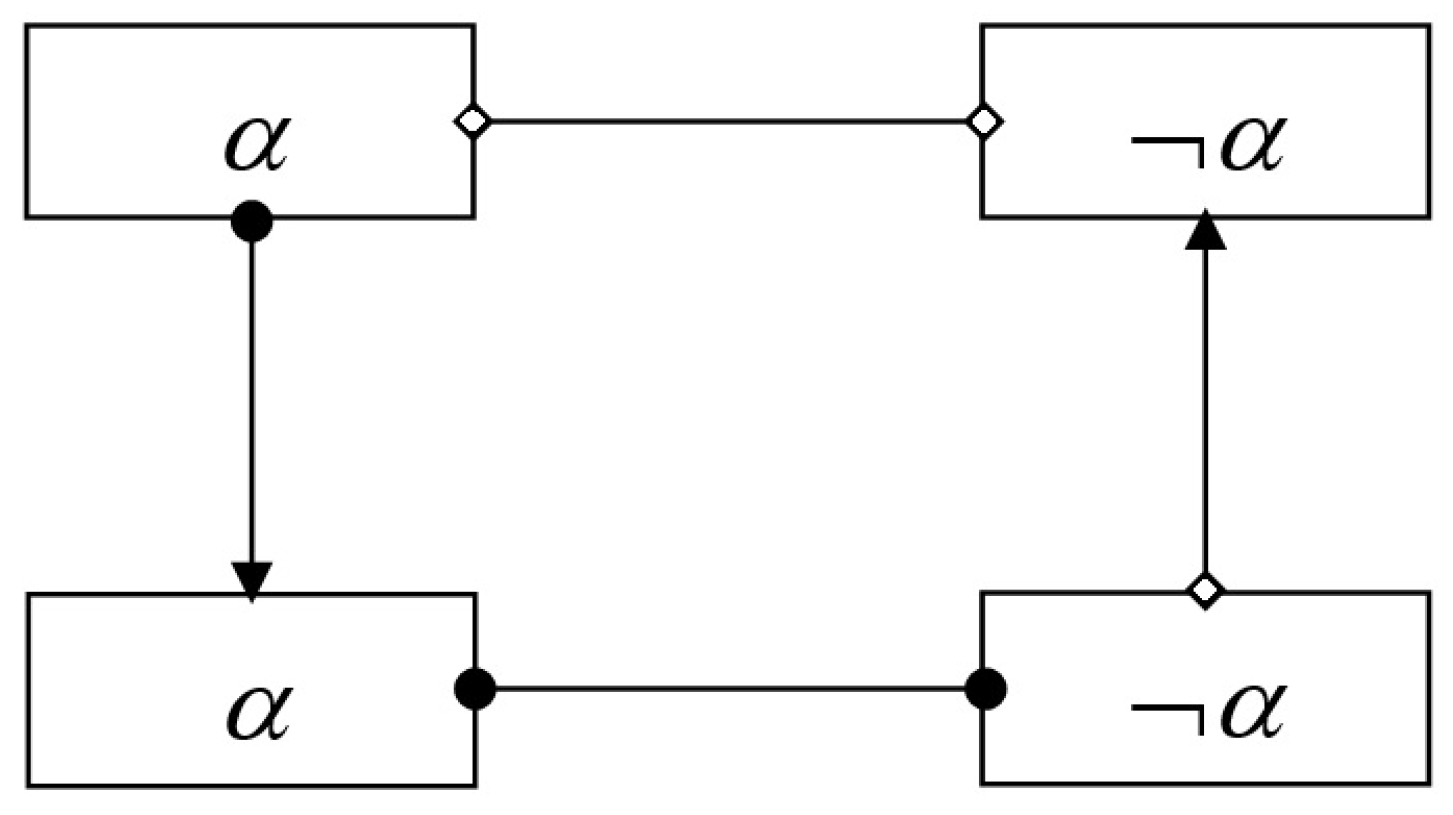 Table 5. Values of the connectives for the synthesis.
Table 5. Values of the connectives for the synthesis.
© 2020 by the author. Licensee MDPI, Basel, Switzerland. This article is an open access article distributed under the terms and conditions of the Creative Commons Attribution (CC BY) license (http://creativecommons.org/licenses/by/4.0/).
We use cookies on our website to ensure you get the best experience. Read more about our cookies here.
Accept
We have just recently launched a new version of our website. Help us to further improve by taking part in this short 5 minute survey here. here.
Never show this again