Hadoop vs. Spark: Impact on Performance of the Hammer Query Engine for Open Data Corpora

The Hammer prototype is a query engine for corpora of Open Data that provides users with the concept of blind querying. Since data sets published on Open Data portals are heterogeneous, users wishing to find out interesting data sets are blind: queries cannot be fully specified, as in the case of databases. Consequently, the query engine is responsible for rewriting and adapting the blind query to the actual data sets, by exploiting lexical and semantic similarity. The effectiveness of this approach was discussed in our previous works. In this paper, we report our experience in developing the query engine. In fact, in the very first version of the prototype, we realized that the implementation of the retrieval technique was too slow, even though corpora contained only a few thousands of data sets. We decided to adopt the Map-Reduce paradigm, in order to parallelize the query engine and improve performances. We passed through several versions of the query engine, either based on the Hadoop framework or on the Spark framework. Hadoop and Spark are two very popular frameworks for writing and executing parallel algorithms based on the Map-Reduce paradigm. In this paper, we present our study about the impact of adopting the Map-Reduce approach and its two most famous frameworks to parallelize the Hammer query engine; we discuss various implementations of the query engine, either obtained without significantly rewriting the algorithm or obtained by completely rewriting the algorithm by exploiting high level abstractions provided by Spark. The experimental campaign we performed shows the benefits provided by each studied solution, with the perspective of moving toward Big Data in the future. The lessons we learned are collected and synthesized into behavioral guidelines for developers approaching the problem of parallelizing algorithms by means of Map-Reduce frameworks. View Full-Text
Keywords: blind querying of open data portals; Map-Reduce paradigm; Hadoop vs. Spark blind querying of open data portals; Map-Reduce paradigm; Hadoop vs. Spark
►▼ Show Figures 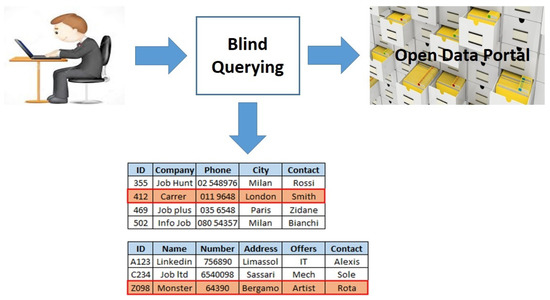