Optical and Magneto-Optical Properties of Gd22Fe78 Thin Films in the Photon Energy Range From 1.5 to 5.5 eV
Previous Article in Special Issue

In this study, an MA957 oxide dispersion-strengthened (ODS) alloy was irradiated with high-energy ions in the Argonne Tandem Linac Accelerator System. Fe ions at an energy of 84 MeV bombarded MA957 tensile specimens, creating a damage region ~7.5 μm in depth; the peak damage (~40 dpa) was estimated to be at ~7 μm from the surface. Following the irradiation, in-situ high-energy X-ray diffraction measurements were performed at the Advanced Photon Source in order to study the dynamic deformation behavior of the specimens after ion irradiation damage. In-situ X-ray measurements taken during tensile testing of the ion-irradiated MA957 revealed a difference in loading behavior between the irradiated and un-irradiated regions of the specimen. At equivalent applied stresses, lower lattice strains were found in the radiation-damaged region than those in the un-irradiated region. This might be associated with a higher level of Type II stresses as a result of radiation hardening. The study has demonstrated the feasibility of combining high-energy ion radiation and high-energy synchrotron X-ray diffraction to study materials’ radiation damage in a dynamic manner. View Full-Text
Keywords: synchrotron radiation; oxide dispersion-strengthened (ODS); ion irradiation; in situ tensile test synchrotron radiation; oxide dispersion-strengthened (ODS); ion irradiation; in situ tensile test
►▼ Show Figures 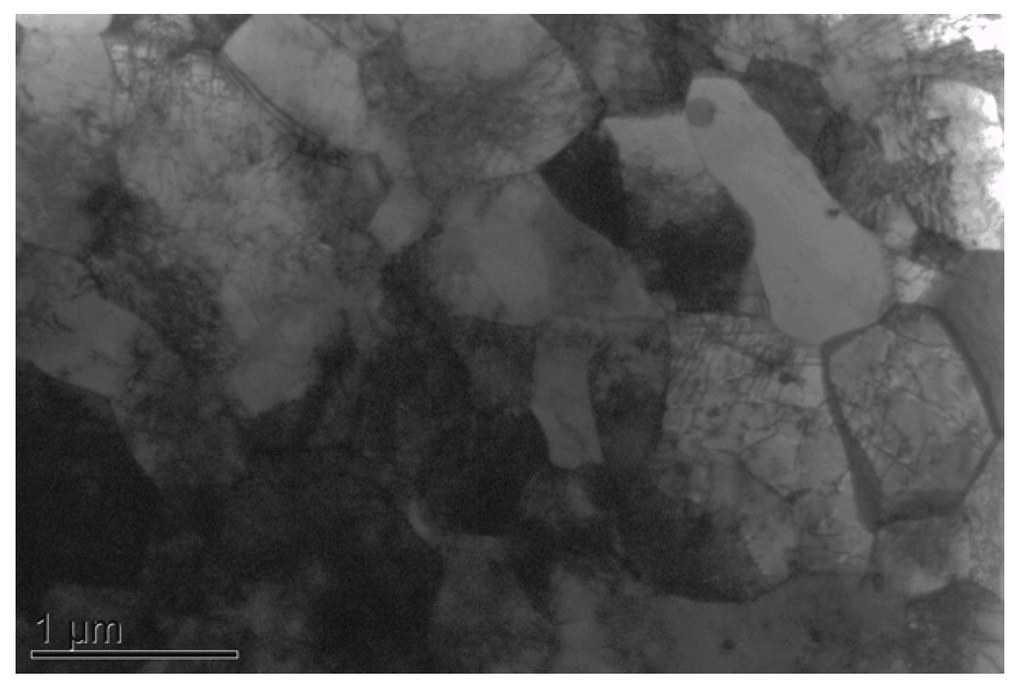