Amino Anthraquinone: Synthesis, Characterization, and Its Application as an Active Material in Environmental Sensors

:
This work reports synthesis, thin film characterizations, and study of an organic semiconductor 2-aminoanthraquinone (AAq) for humidity and temperature sensing applications. The morphological and phase studies of AAq thin films are carried out by scanning electron microscope (SEM), atomic force microscope (AFM), and X-ray diffraction (XRD) analysis. To study the sensing properties of AAq, a surface type Au/AAq/Au sensor is fabricated by thermally depositing a 60 nm layer of AAq at a pressure of ~10−5 mbar on a pre-patterned gold (Au) electrodes with inter-electrode gap of 45 µm. To measure sensing capability of the Au/AAq/Au device, the variations in its capacitance and resistance are studied as a function of humidity and temperature. The Au/AAq/Au device measures and exhibits a linear change in capacitance and resistance when relative humidity (%RH) and temperature are varied. The AAq is a hydrophobic material which makes it one of the best candidates to be used as an active material in humidity sensors; on the other hand, its high melting point (575 K) is another appealing property that enables it for its potential applications in temperature sensors.
Keywords:
humidity sensor; temperature sensor; 2-aminoanthraquinone (AAq); organic semiconductor sensor; AFM

To synthesize the 2-amino anthraquinone, we used the method mentioned in [35]. Briefly, we added sodium anthraquinone-2-sulfonate (20 g) and concentrated aqueous ammonia (200 mL, 0.88 g/mL). The mixture was heated in autoclave up to 180 °C and was maintained for 6 h at this temperature. The autoclave was allowed to cool down overnight and, hence, 2-aminoanthraquinone was filtered off and dried. The product was solid powder (red color, m.p. 302 °C). The reaction is schematically shown in Figure 1.

The general device structure is shown in Figure 2. Commercially available glass slides were chosen as the substrate. Before deposition, the substrate was cleaned in acetone for 10 min followed by isopropanol for further 10 min using an ultrasonic bath (Elma Elmasonic P300H, Germany). The substrate was further cleaned by producing plasma inside the Edward Auto 306 thermal evaporator (West Union, SC, USA). Au electrodes of 50 nm thickness were deposited side by side and a 45 μm gap was created between electrodes, using a mask. After deposition, a 60 nm thick film of AAq was deposited at ~10−5 mbar base pressure to fabricate the Au/AAq/Au device. The experiments used an in situ FTM5 quartz crystal thickness monitor for film thickness measurements.

The crystalline or amorphous nature of thin films of AAq was investigated using X-ray diffraction techniques Figure 4. The X-ray diffraction pattern of AAq shows little structure with a single broad diffuse peak indicative of the amorphous nature of the thin film on glass.
The SEM images of AAq thin film are shown in Figure 5a while the agglomerates in the film are shown at higher resolution in Figure 5b. It is clear from the SEM images that the AAq thin film surface and agglomerates in it are not uniform but rather rougher in its morphology. The voids formed and roughness are expected to be favorable for sensing properties, as these pores absorb water vapors while roughness trap the water vapors resulting an increase the effective dielectric constant of the film and hence increase the capacitance response vs. humidity.
The surface morphology of AAq thin films was also studied by AFM (Figure 6). The surface analysis of glass substrate and height and phase images of AAq thin film also shows a non-uniform rough surface at a more microscopic level. The average roughness (Ra) of the thin film on glass substrate is 1.470 nm. The root-mean square (RMS) value of the film roughness is 3.457 nm. Irregularities can be seen which make the film discontinuous and rougher, increasing the number of sites available for water vapors [10]. This discontinuity and roughness make the AAq thin film more favorable for humidity sensor. In our previous work on MO [27], the SEM micrographs were presented which revealed that roughness of the MO film leads to better humidity sensitivity of the sensor. Also, CoPc [29] and VOPc [10] morphological studies by using AFM analysis exhibited the same behavior, i.e., roughness was favorable for the humidity sensing of the sensor.

Herein, an organic semiconductor AAq is synthesized, characterized, and used in the fabrication of a surface type humidity and temperature sensor. Vacuum thermal evaporation is used to fabricate an Au/AAq/Au surface type sensor. Morphological studies indicate a rough surface favoring sensing applications. By investigating the sensing properties of a surface type Au/AAq/Au sensor, it was observed that capacitance and resistance varies with the change in either relative humidity or temperature. The capacitive and resistive response was studied as a function of relative humidity and temperature at two different frequencies, i.e., 120 Hz and 1 kHz. It was noted that at 120 Hz, the sensor was sensitive in comparison with 1 kHz. Therefore, at low frequencies the fabricated Au/AAq/Au sensor is favorable for its practical use either as humidity sensor or temperature sensor. 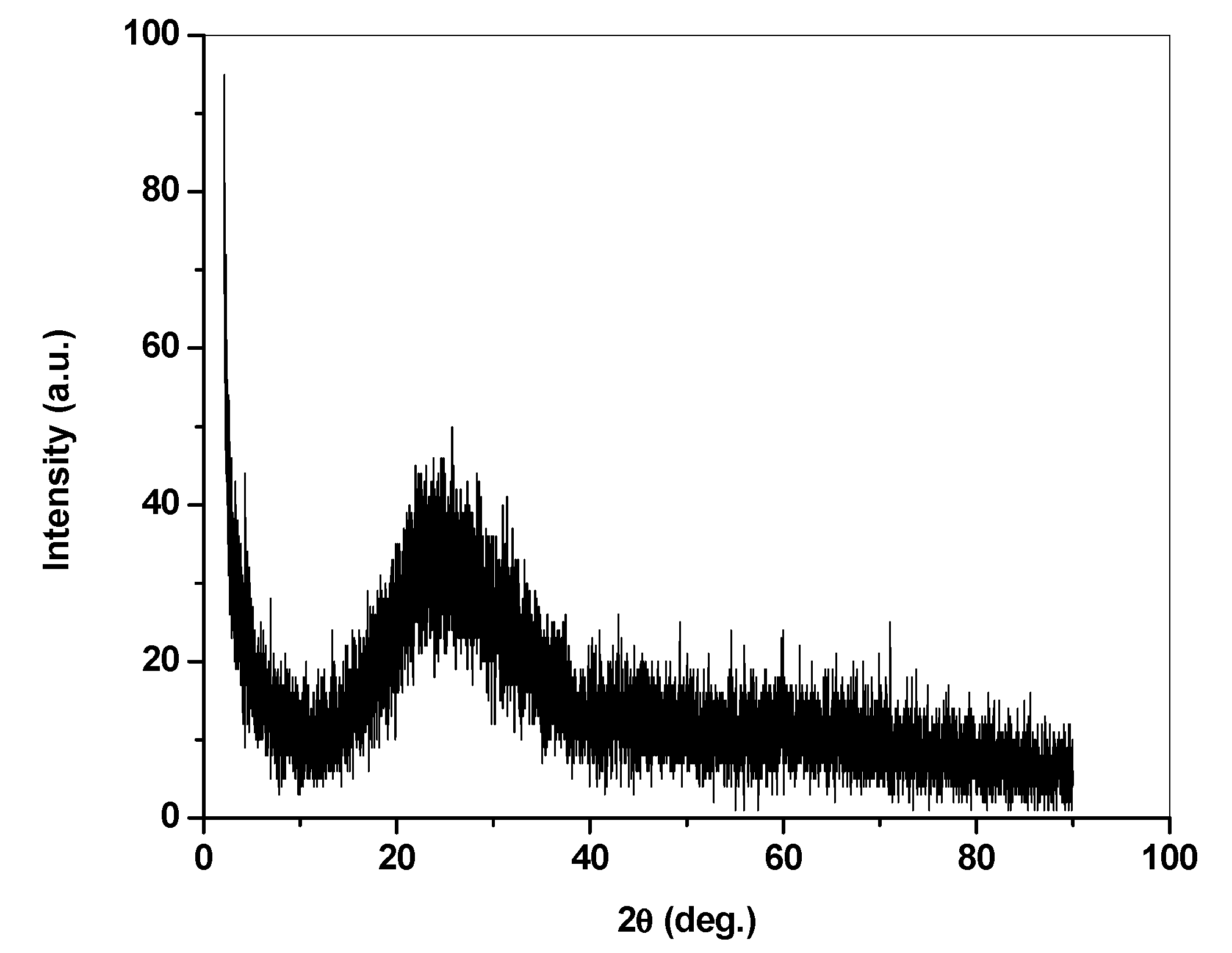 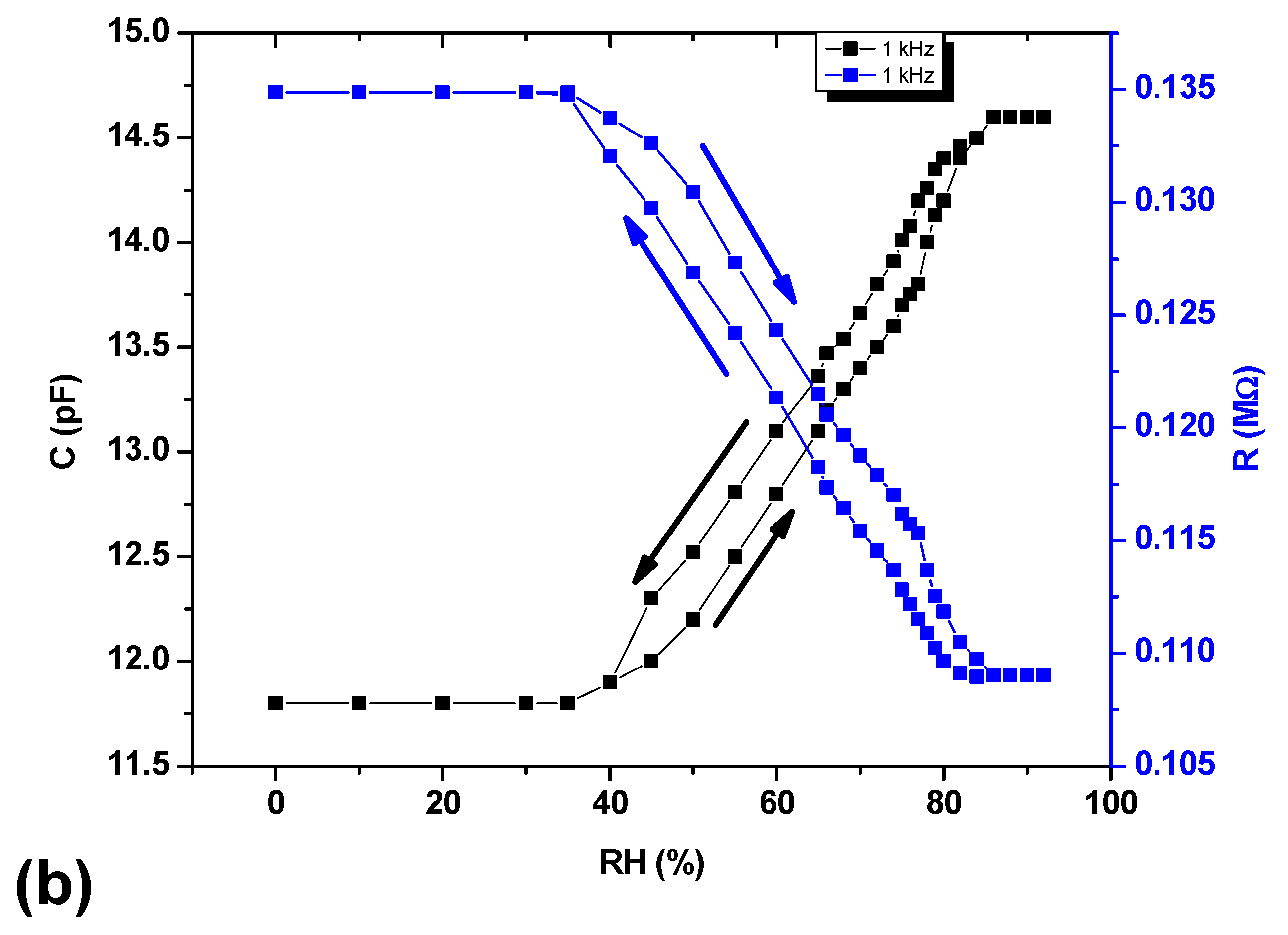 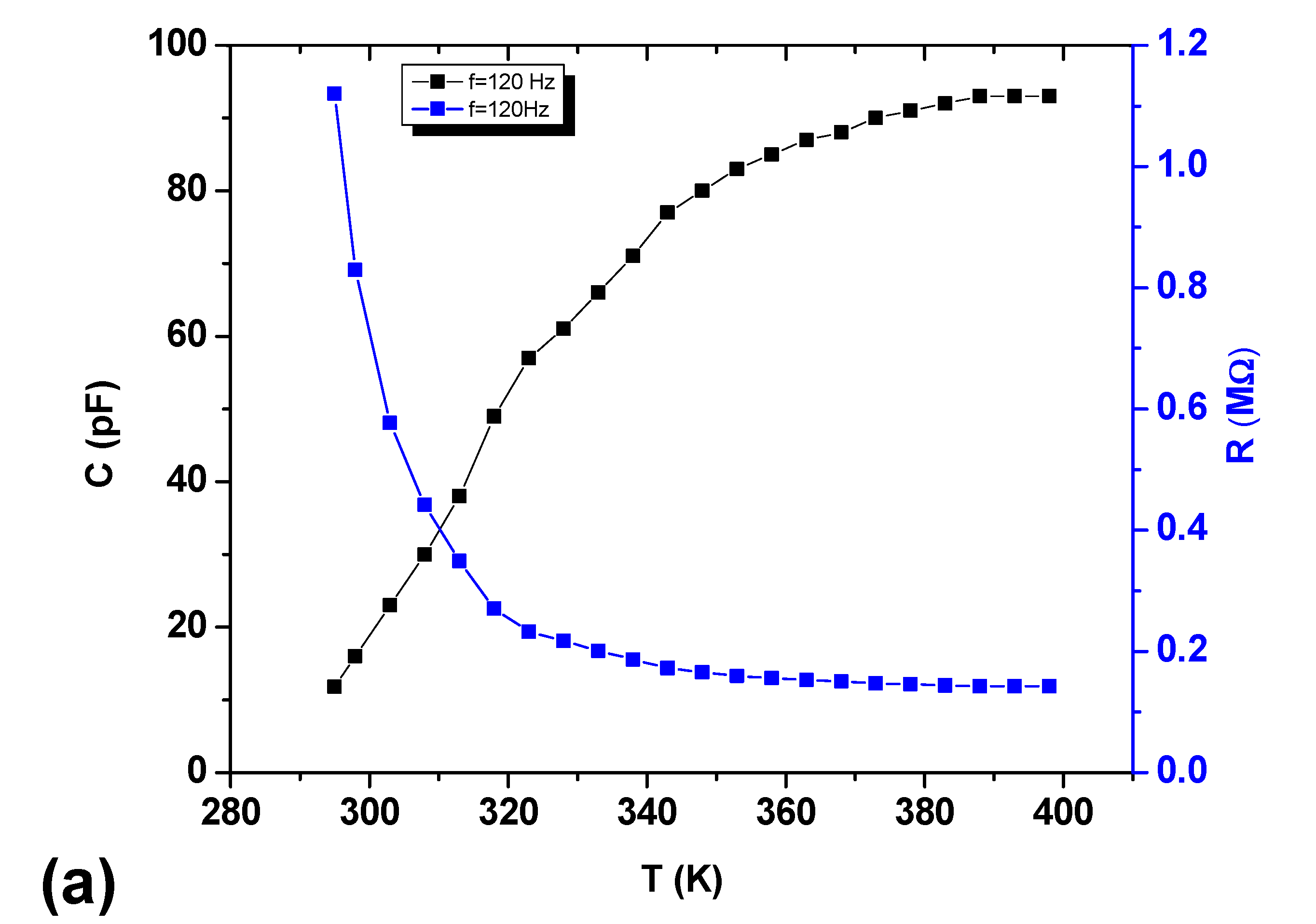 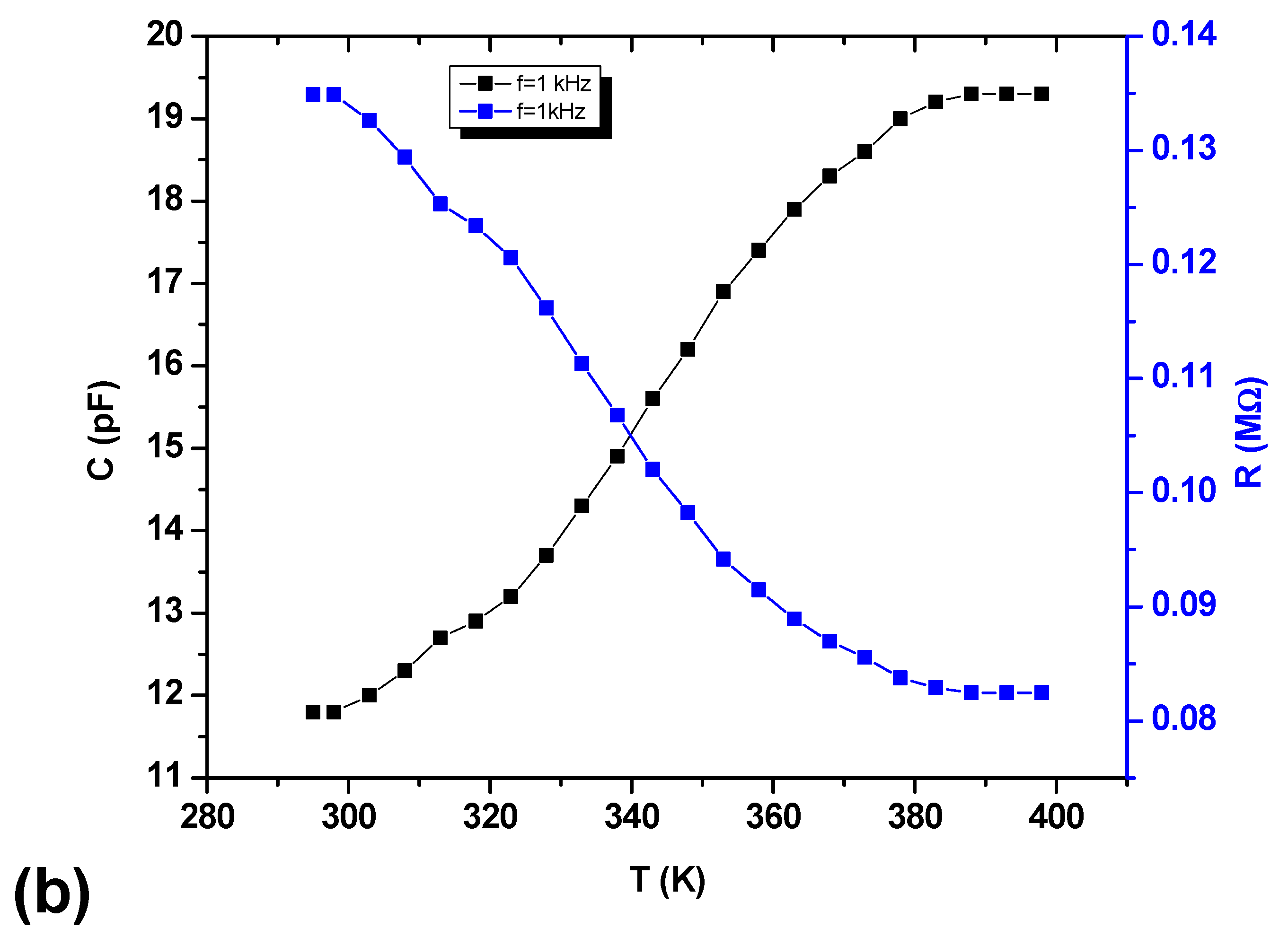