Understanding the Interaction between a Steel Microstructure and Hydrogen

The role of iron in view of its further utilization in chemical processes is presented, based on current knowledge of its properties. The addition of iron to a catalyst provides redox functionality, enhancing its resistance to carbon deposition. FeOx species can be formed in the presence of an oxidizing agent, such as CO2, H2O or O2, during reaction, which can further react via a redox mechanism with the carbon deposits. This can be exploited in the synthesis of active and stable catalysts for several processes, such as syngas and chemicals production, catalytic oxidation in exhaust converters, etc. Iron is considered an important promoter or co-catalyst, due to its high availability and low toxicity that can enhance the overall catalytic performance. However, its operation is more subtle and diverse than first sight reveals. Hence, iron and its oxides start to become a hot topic for more scientists and their findings are most promising. The scope of this article is to provide a review on iron/iron-oxide containing catalytic systems, including experimental and theoretical evidence, highlighting their properties mainly in view of syngas production, chemical looping, methane decomposition for carbon nanotubes production and propane dehydrogenation, over the last decade. The main focus goes to Fe-containing nano-alloys and specifically to the Fe–Ni nano-alloy, which is a very versatile material. View Full-Text
Keywords: role of iron; CO2 utilization; chemical looping; nano-alloys; carbon; hydrocarbon conversion; dehydrogenation role of iron; CO2 utilization; chemical looping; nano-alloys; carbon; hydrocarbon conversion; dehydrogenation
►▼ Show Figures 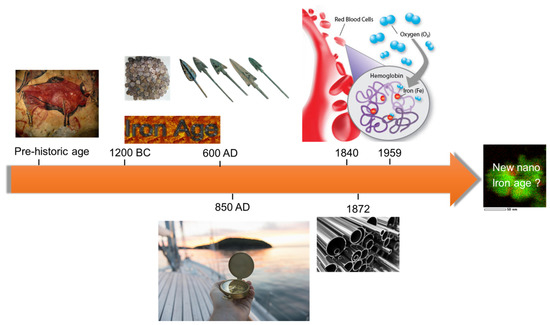