The effects of T6 treatment (solid-solution and artificially aging at 200 °C) on the microstructure and corrosion properties of an Mg–4Sn–4Zn–2Al (TZA442) alloy were systematically investigated. The alloy exhibits a double-peak age-hardening behavior, i.e., one is 78 HV after 10 h of aging, and the other is 83 HV after 50 h of aging. The strengthening effect is mainly attributed to the simultaneously and mutually independent precipitation of the dispersively distributed MgZn2 and Mg2Sn precipitates. Solid-solution treatment can significantly decrease the corrosion rate of the TZA442 alloy. The following aging treatment can initially further decrease the corrosion rate in the under-aged state, but can afterward slightly increase it after 50 h of aging. The relationship between the microstructure and corrosion properties is also discussed. View Full-Text
Keywords: magnesium; precipitation hardening; alloying; corrosion rate magnesium; precipitation hardening; alloying; corrosion rate
►▼ Show Figures 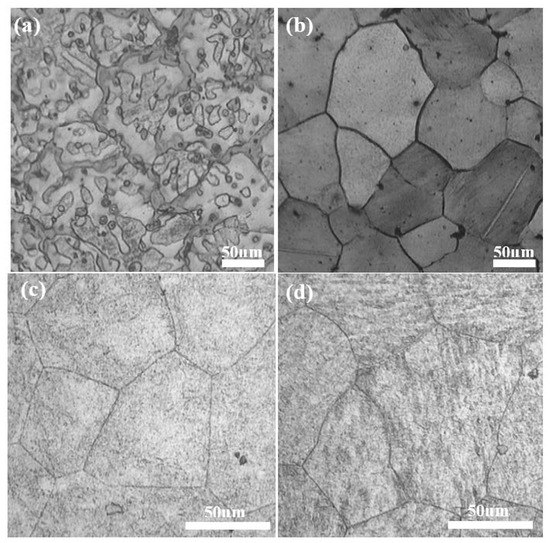