The solvent refining process has been considered a promising alternative to the Siemens technique or to fluidized bed technique to produce solar-grade Si (SOG-Si) for solar cells [1]. In solvent refining, Si and a solvent element, such as Al, Cu, Fe, or Ni, are melted together and then solidified in a crucible. During the melting process, impurities in Si, such as Mn, Zn, Sn, and Pb, are removed by preferential segregation into the solvent phase. After solidification of the alloy, separating the solvent (metal) phase from the primary Si one is critical in the reduction of impurities in Si. The solvent phase has been separated from the Si by using several techniques, such as conventional centrifugation, electromagnetic separation, and sedimentation [2,3,4,5,6,7,8,9]. The conventional centrifugal separation produces Si with a higher purity in a shorter time than the other methods. In conventional centrifugation, the less dense phase segregates near the rotational axis, and the denser ones are displaced further from the axis [10]. Conventional centrifugation, however, cannot be applied in the separation of phases with nearly identical densities, such as Si and Al. In our previous report, we designed a novel centrifugation apparatus to solve this problem. This apparatus uses the difference in solidification temperatures of each phase (see Figure 1) [11,12,13].
First, primary Si crystallizes while the Si-metal alloy placed in a crucible solidified (from T1 to T2 in Figure 1b), and then, the centrifugal force pushed the remaining metal-rich melt outside the crucible (from T2 to T3). After the separation process, a porous Si foam remains in the crucible. Using the novel centrifugal separation technique, we successfully obtained high-purity primary Si from Al–Si–Fe alloys and Al–Si hypereutectic alloys [14,15]. For the novel centrifugation, processing variables should be carefully controlled to maximize the separation efficiency, i.e., the weight ratio between Si and Al in the Si foam. The Al remaining in the foam can be easily removed after additional purification steps, such as solidification refining and acid leaching [16,17,18,19,20,21,22,23,24]. The critical processing variables of this centrifugation procedure are the rotation start temperature (RST) and the rotational speed (RS). The RST, along with the application of the lever rule to the phase diagram, indicates the amount of primary Si that crystallizes. In the present study, the RST was held at 993 K to study the effect of the RS on the separation efficiency. Faster RSs lead to a higher gravitational acceleration, which exerts a greater force on the remaining melt to be forced from the crucible. When the RS is too fast, however, a great pressure may be exerted on the network as well. If the centrifugal stress is higher than the mechanical strength of the Si foam, the Si foam may fracture, and the Si crystallites driven outward along with the Al-rich melt. This results in lower separation efficiency. Thus, the mechanical strength of Si foams should be analyzed to increase the separation efficiency. The purpose of this study is to evaluate the mechanical strength of the Si foams during centrifugation, with a temperature range from 850 K to 993 K, that is, from the eutectic temperature to the RST. The evaluation will help to improve the efficiency in separating Si from an Al-30% Si alloy using the centrifugation apparatus. Various in situ measurement machines, such as nano-indentation machines or other professional test machines, have been adapted to measure the mechanical strength at high temperatures [25,26,27,28]. Instead, here we estimate the mechanical strength of Si foams at high temperatures by analyzing their microstructure and Si concentrations after centrifugation. Centrifugal stress exerted on the foams was calculated based on the geometry of the centrifugation apparatus, and the centrifugal stress was controlled by changing the RS.

A schematic drawing of the novel centrifugal separation apparatus is provided in Figure 1. The apparatus consists of a crucible and a container. The Si foams consist of primary Si crystallites remaining in the crucible, with the Al-rich melt being pushed into the outer container during rotation. For each separation process, 2 kg of an Al-30% Si melt, prepared in a furnace held at 1195 K, and about 50 g of the alloy melt were used. The temperature of the melts in the crucible decreased from 1195 K to 993 K (RST) at a rate of 3 K/s. The RS was in the range of 300 revolutions per minute (rpm) to 800 rpm. All operations from melting the mother alloys to centrifugation were performed for 10 s in air. After separation, Si foam was leached for 2 h at room temperature (RT) to obtain Si flakes. Leaching solution was aqua regia, the mixture of 36% hydrochloric acid and 63% nitric acid (3:1 v/v). Recovery-1 is the weight ratio of the Si foam to its initial melt, and Recovery-2 is the weight ratio of the Si flakes, obtained after acid leaching the Si foam, to the melt. The morphologies of the Si foam and the Si crystallites were observed by optical microscopy (OM, GX71, Olympus, Seoul, Korea), scanning electron microscopy (SEM, JSM 7500F, JEOL, Seoul, Korea) coupled with energy dispersive X-ray spectroscopy (EDS, JSM 7500F, JEOL, Seoul, Korea), and engineering computed tomography (CT, Rayscan 250, Walischmiller, Markdorf, German). X-ray fluorescence (XRF, EDX-720, Shimadzu, Kyoto, Japan) was used for the elemental analysis of the Si foams. Open pores were determined by measuring the densities and apparent densities of the Si foams. Closed pores were quantified by using the theoretical densities of the Si foams. The theoretical densities of the Si foams were calculated by using both theoretical densities of pure Si (2329 kg/m3) and Al (2700 kg/m3) and the ratio of Al to Si in a Si foam measured by XRF. Size and aspect ratio of the pores in the Si foams were measured by using ImageJ, image analysis software (version 1.48v) [29]. For compressive tests, the center parts of Si foams were cut to the dimensions of 10 × 10 × 10 mm3 using a precision diamond saw. The compressive tests with a static strain rate of 1.25 × 10−3/s were conducted at RT using a universal testing machine (H5K-T, Tinius Olsen, Horsham, PA, USA). The compressive strength in this study was defined as the maximum strength just before the breakdown of the specimen.

This work was supported by the Industrial Fundamental Technology Development Program (10051363, Development of solidification technology for separation of above-5N-purity Silicon from Al die casting scrap for low-cost solar cell) funded by the Ministry of Trade, Industry, and Energy (MOTIE) of Korea, by the National Research Foundation of Korea (NRF-2014R1A1A2055961) funded by the Ministry of Education, Science and Technology, and by KOREATECH. ICP analysis was performed by Cooperative Equipment Center at KOREATECH. 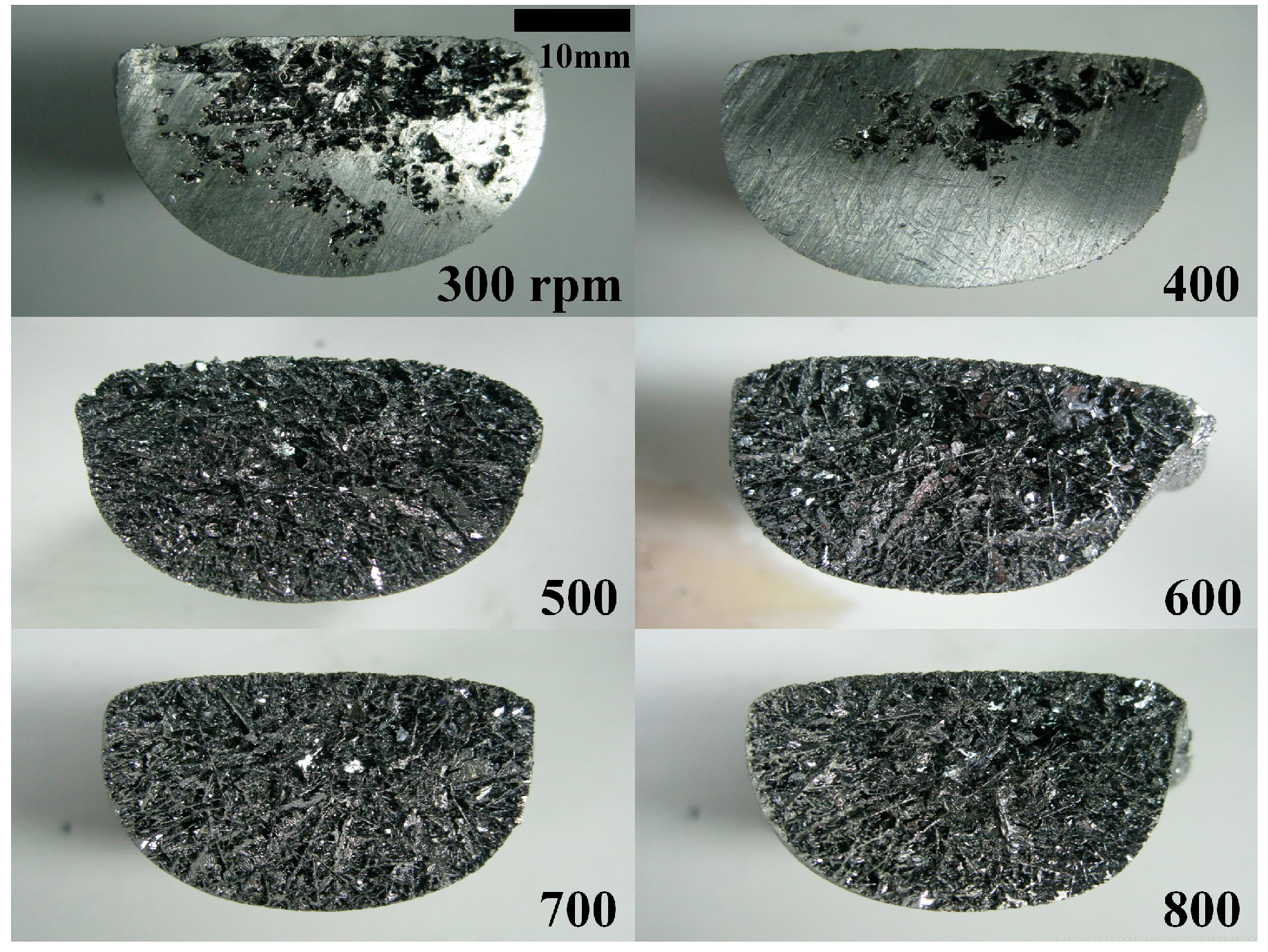 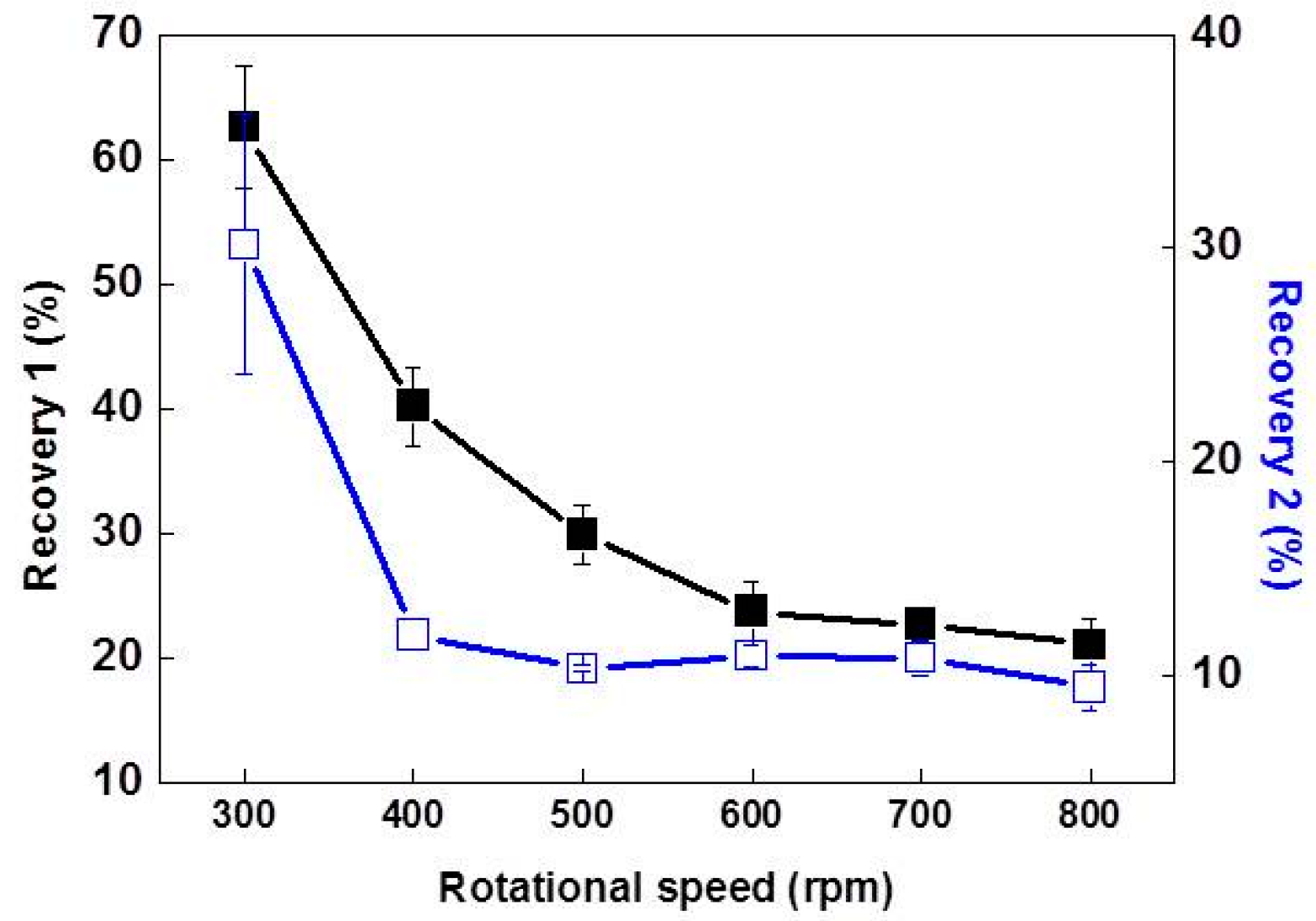