Bacteria biofilm formation on metals is well-known, while biofilm architecture varies under different conditions. To date, few studies have determined the possible contribution to corrosion of titanium made by biofilm architecture. We investigated the interaction between the oral Streptococcus sanguis biofilm architecture and its influence on titanium corrosion in enriched artificial saliva using electrochemical methods and microscopic study. Patchy biofilms were observed on titanium surface after being immersed in solution containing S. sanguis. The thickness and size of the patchy biofilms increased with an increase of immersion time. The extensive pits were clearly observed by scanning electron microscopy, showing that adsorption of S. sanguis on titanium promoted the localized corrosion. The electrochemical results indicated that the corrosion rates were clearly accelerated in the presence of S. sanguis. The low icorr and high Rt in the first 48 h indicated that a typical passive behavior still remained. Our study showed that the pitting corrosion of titanium was mainly attributed to the formation of a self-catalytic corrosion cell by the co-effect of patchy biofilm and organic acid secreted by S. sanguis. View Full-Text
Keywords: titanium; S. sanguis; pitting corrosion; artificial saliva; corrosion mechanism titanium; S. sanguis; pitting corrosion; artificial saliva; corrosion mechanism
►▼ Show Figures 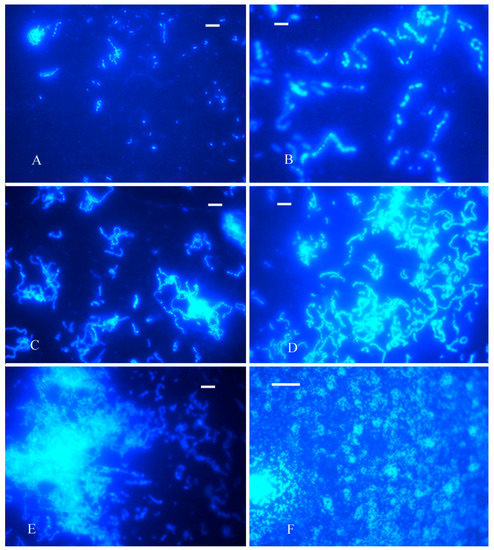