A Dynamic Linkage between Financial Development, Energy Consumption and Economic Growth: Evidence from an Asymmetric and Nonlinear ARDL Model
Previous Article in Journal

The global climate crisis forces the search for new ecological sources of energy and mining methods. Space mining can solve those problems, but, first, wide geological surveying space missions using drilling methods are necessary. Additionally, drilling methods will be important in geological, life searching, geoengineering, and many other studies of extraterrestrial objects. Space is becoming a new area of possible drilling applications. Designing future space drilling missions requires adapting drilling technologies, not only to the conditions of the space environment, but also to the economic and technological realities of the space industry. The possibility of constructing low mass coring devices with energy consumption below 100 W was investigated in this paper. Minimization of energy consumption and mass of a coring is essential for the device to be used in space missions, when lander instruments supplied by low power electric battery are expected to work reliably and the launch cost (depending of mass) at an economically acceptable level. Some similar devices investigated for the future space missions are known from papers listed in the references. To answer whether or not it is possible to build such devices, the authors performed initial drillability tests. The obtained results are presented in this paper.
Keywords: space mining; space drilling; drilling; space; raw material; geological surveying; fusion; helium-3; energy space mining; space drilling; drilling; space; raw material; geological surveying; fusion; helium-3; energy

For the reason of analyzing the feasibility of low-energy drilling with the use of small values of tool rotational speed and weight on bit (WOB), a drillability test stand was designed and performed. It consisted of mechanical parts, laboratory power supply (Agilent E3634A 200 W) and a laptop for data acquisition. The drilling tool was driven by Maxon 341131 motor (nominal power, rotational speed and torque 60 W, 8050 RPM, 85 mNm), respectively, with planetary gearhead (reduction ratio 1:86 giving up to 6 Nm of torque on output). The torque was transmitted to a spindle through a clutch with maximal permissible torque 7.5 Nm. The motor with the planetary gearhead, clutch, spindle, and drilling tool was part of one assembly mounted on the support moving vertically on linear bearings along two parallel linear guides. There was also mounted a stick on which external weights were hung. Pressing force on drilling tool (called in drilling literature ‘weight on bit’—WOB) was a sum of support weight (with all mounted parts) and all external weights. The 3D CAD model of mechanical parts used in the test stand is shown in Figure 1. Data from laboratory power supply were sent to a laptop trough an RSS port. A dial indicator was used for measuring the drilling depth. Two commercially available drilling tools were used: (1) Makita coring bit P-64484, external and internal diameter adequately 35 mm and 30 mm, mass 192 g; (2) diamond coring bit Bosch Dry Speed, external and internal diameter 35 mm and 29 mm, mass 187 g, respectively. All two coring bits were designed to work without mud.

Results obtained in the performed drillability tests prove that drilling with energy consumption under 100 W, small values of tool rotational speed, and weight on bit (WOB) is possible. The tool was driven with 60 W Maxon 341131 motor in the test. The maximal torque on tool was 6 Nm (torque on planetary gear output—nominal torque for motor was 85 mNm with nominal rotational speed 8050 RPM). The drillability test helped to resolve the problem whether or not the torque of 6 Nm was sufficient to start drilling in hard rocks.
The results have shown that drilling in hard rock with such small torque is possible, however to obtain the final answer more accurate tests are needed. Moreover, there was no test in which energy consumption (for weight on bit (WOB) ≤ 105.75 N) exceeded 25 W, which is approximately equal to only 41% of maximal available motor power. Only for sample 10, where the weight on bit was instantaneously manually increased over 105.75 N but no more than 147.15 N, the power consumption for this time was 36 W. There is available about 60% power margin which can be used for improving drilling speed in the future work. The experiment proves that the removal of cuttings from the hole bottom is essential. Without solving this problem no effective drilling is possible. During the tests energy was wasted on grinding non-removed cuttings and the drilling speed was decreased. This effect is visible on all presented plots but most vividly for samples 4 and 5.
As already mentioned, drilling with energy consumption below 100 W, small rotational speed and weight on the bit (WOB) is possible, however the drilling speed in hard rocks will not be high. In the performed drillability tests for harder samples, drilling speed was the hundredths or even thousandths of mm/s. Drill speed can be increased by using specially designed tools and by solving the problem of cuttings removal. The following coring bits (available on the market) were used in the drillability test: one Makita P-64484, and diamond Bosch Dry Speed—both designed to work without mud. However, their design was not quite suitable for the used drilling technology (e.g., rotational speed, weights on bit (WOB), continuous drilling without any cuttings removal) and selected samples. Cutting edges of Makita P-64484 coring bit were dulled while drilling in sample 5 with weight on bit (WOB) 105.75 N. Matrix of diamond Bosch Dry Speed coring bit was “killed” by drilling the cuttings.
An improved construction of coring bits allowing for effective cuttings removal will increase the drilling speed; however, this increase will probably turn out too small for a hard rock. When hard rocks are involved, a combination of classic rotational method and vibration method are worth considering. The results obtained with a Bosch Dry Speed coring bit show that diamond bits can be utilized efficiently if the matrix is cleaned of any contaminations. This condition can be hardly satisfied without using mud (or any fluid) for removing cuttings and cleaning the matrix. This will probably eliminate this kind of drilling tool as a potential space application.
For harder samples 6–11 the drillability tests were performed but no numerical data were collected because the method of measuring drilling depth with a dial indicator was not sufficiently accurate. Drillability tests should be repeated using a more precise test stand. A new test stand is being designed now and drillability tests are planned in normal conditions and in a vacuum chamber. The presented results have a preliminary character, though they give many interesting pieces of information. The answer to the question of possibility of drilling seems to be affirmative.

The first tests show that it is possible to drill even in hard rocks with a power consumption of less than 100 W and a torque of less than 12 Nm. This gives great opportunities for scaling devices intended for the implementation of space drilling missions. However, it is necessary to develop new drilling tools that will be adjusted to the parameters of such drilling, more wear-resistant and will function properly in the space environment. Since it will not be possible to use drilling fluid, methods must be found for efficiently cleaning the bottom of the borehole. Further tests with the use of more accurate control and measurement equipment are needed.

This research was funded by The National Centre for Research and Development, grant number PBS1/A2/2/2012 “Developing a model of automatic coring drilling machine to operate in extreme conditions, in particular in the space environment”.

The corresponding author is co-founder of Solar System Resources Corporation Sp. z o. o.—a technological startup operating in the field of space mining and nuclear energy (especially thermonuclear energy) which would like express his acknowledgments for providing information helpful in the preparation of the first chapter of this article. 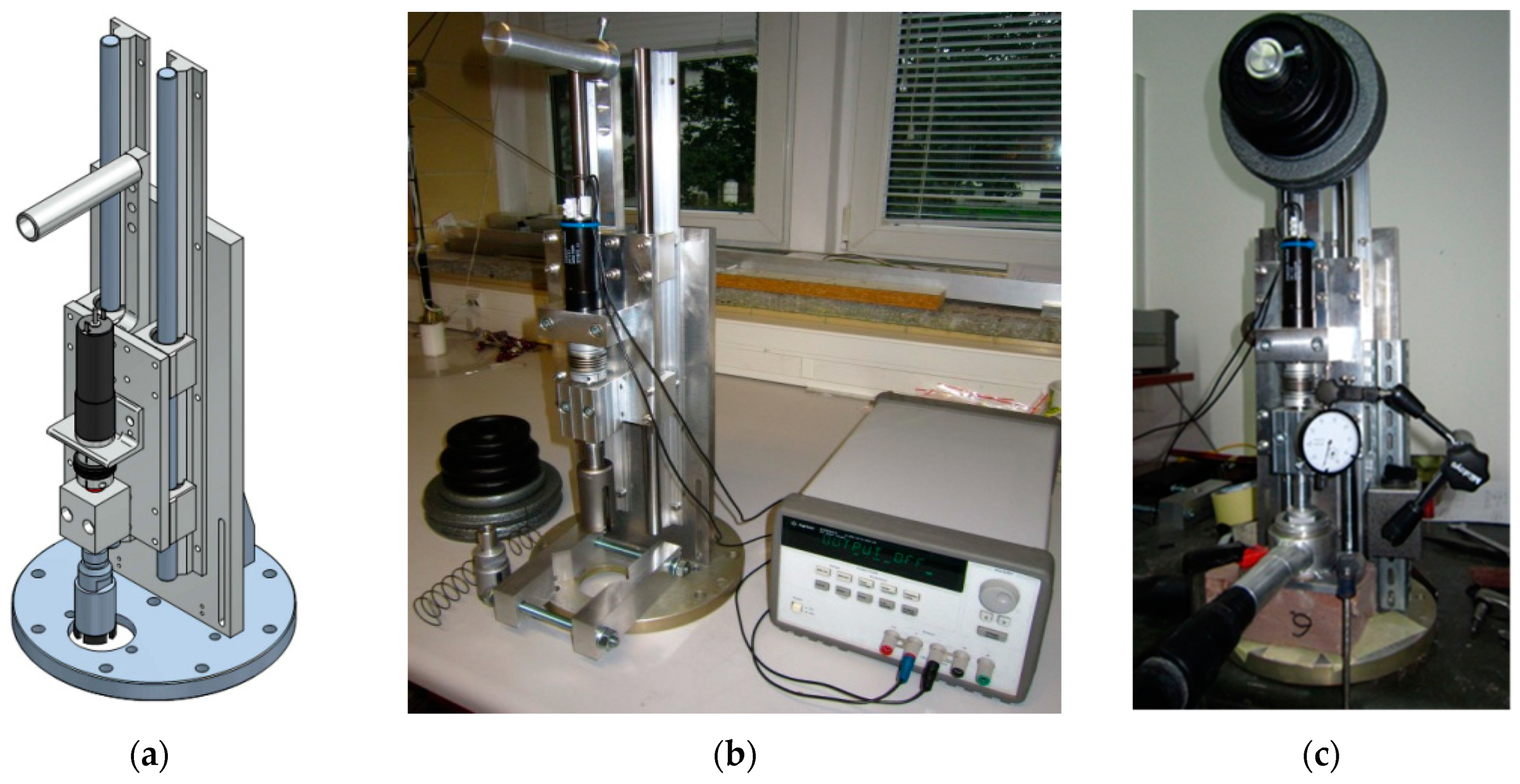 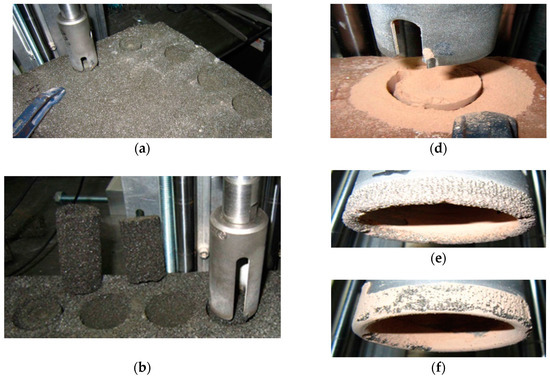 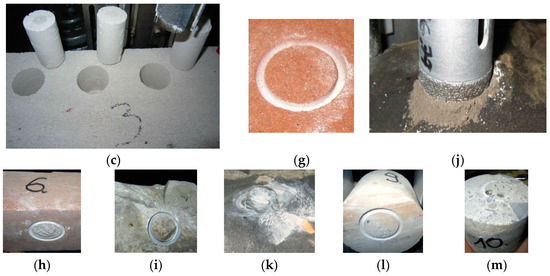 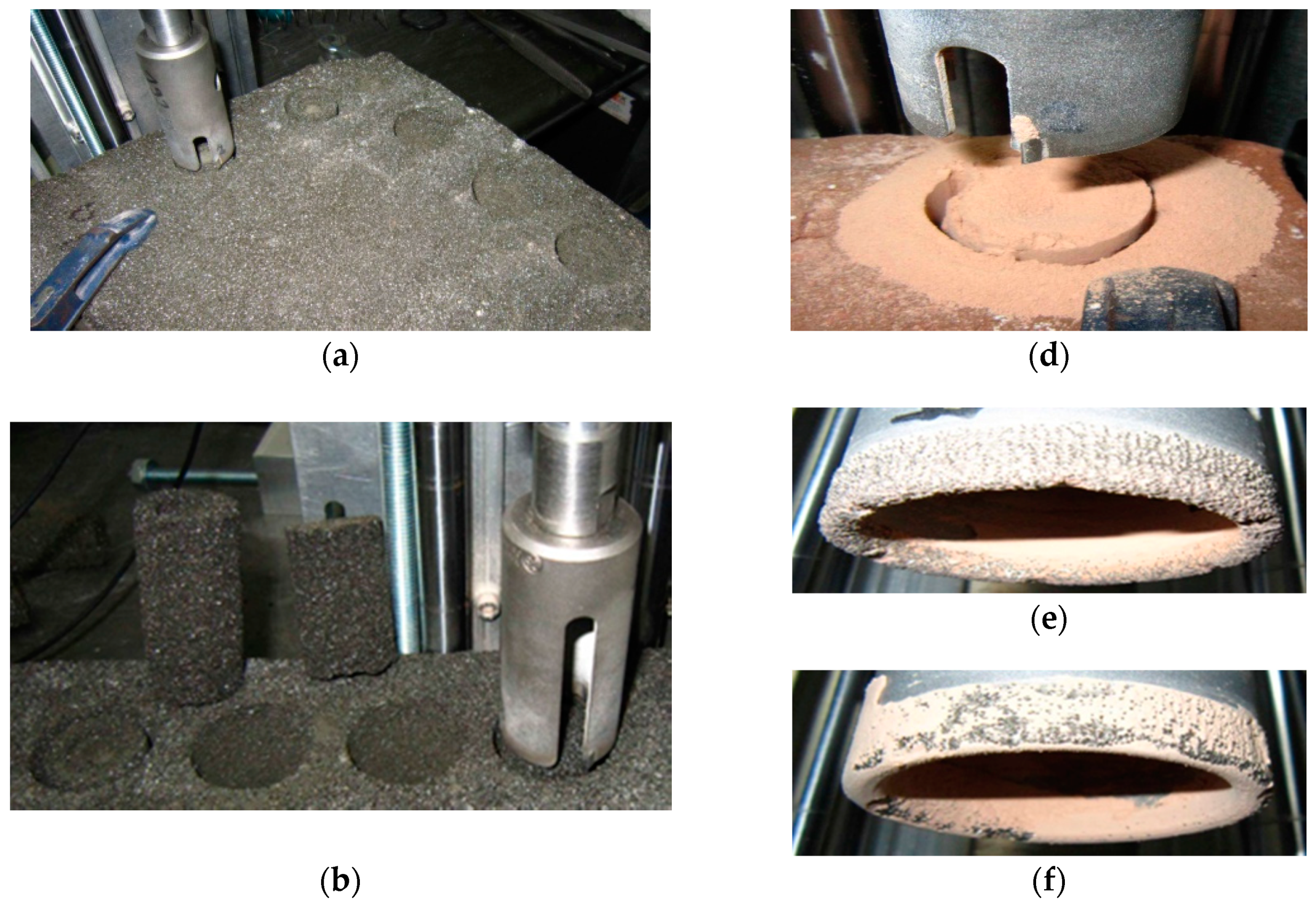 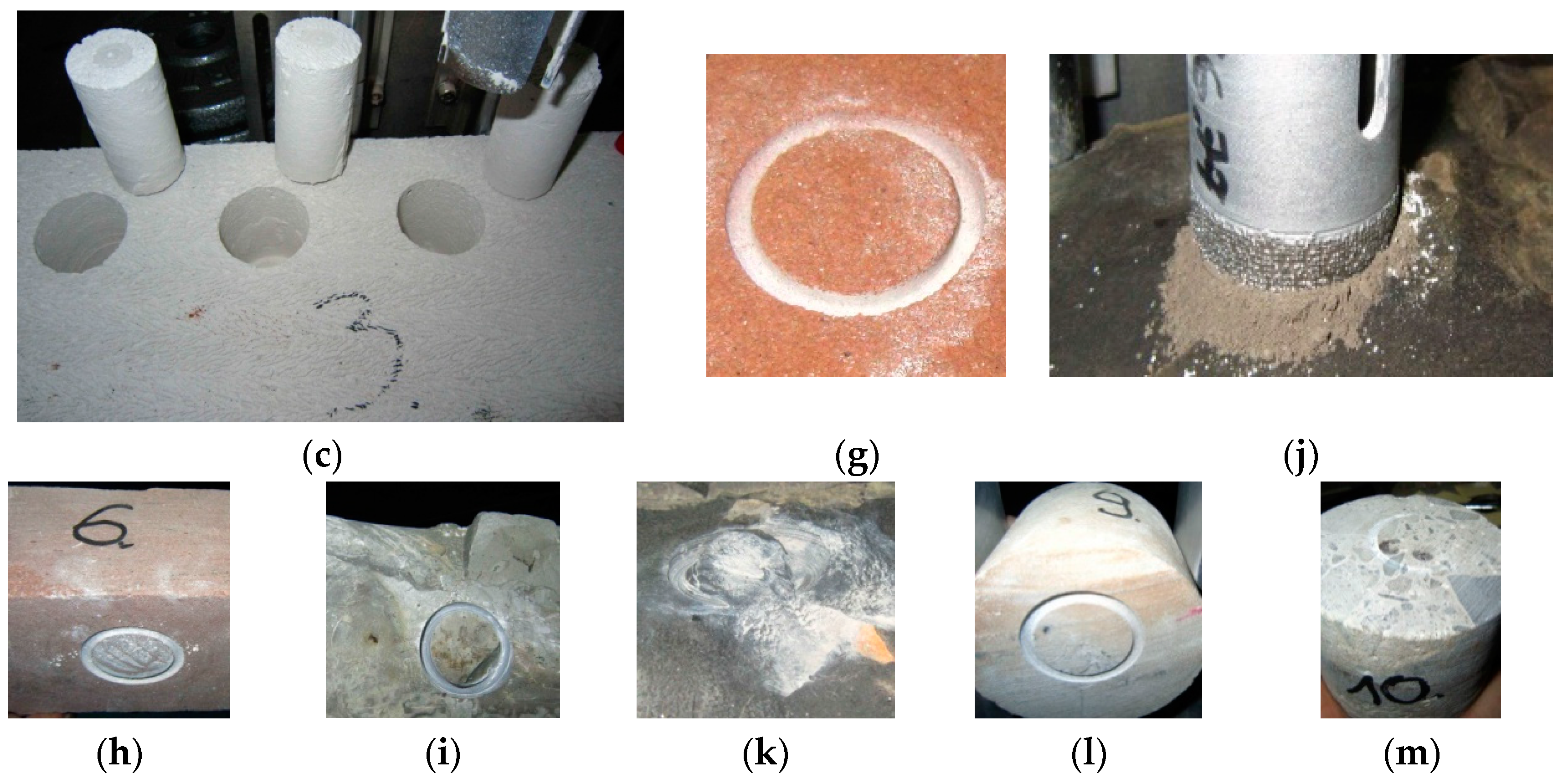