This research presents the development of R463A refrigerant, a nonflammable refrigerant that was retrofitted to replace R404A. R463A is primarily composed of hydrofluorocarbons/hydrocarbons/carbon dioxide (HFCs/HCs/CO2), and has global-warming potential (GWP) of 1494. It is a nonazeotropic mixture of R32 (36%), R125 (30%), R134a (14%), R1234yf (14%), and R744 (6%). R463A is composed of polyol ester oil (POE), and it is classified as a Class A1 incombustible and nontoxic refrigerant. R463A has a higher cooling capacity (Qe) than that of R404A, as it is composed of hydrofluorocarbons (HFCs) R32 and carbon dioxide (CO2) R744, and has lower GWP than that of R404A due to the use of hydrofluoroolefins (HFOs) from R1234yf. The results of this research showed that R463A can be retrofitted to replace R404A due to its composition of POE, Class A1 incombustibility, and lower toxicity. The properties of R463A and R404A, as analyzed using national institute of standards and technology (NIST) reference fluid thermodynamic and transport properties database (REFPROP) software and NIST vapor compression cycle model accounting for refrigerant thermodynamic and transport properties (CYCLE_D-HX) software, are in accordance with the CAN/ANSI/AHRI540 standards of the Air-Conditioning, Heating, and Refrigeration Institute (AHRI). The normal boiling point of R463A was found to be higher than that of R404A by 23%, with a higher cooling capacity and a 63% lower GWP value than that of R404A. The critical pressure and temperature of R463A were found to be higher than those of R404A; it can be used in a high-ambient-temperature environment, has higher refrigerant and heat-rejection effects, and has lower GWP than that of R404A by 52% due to the HFOs from the R1234yf component. The cooling coefficient of performance (COPc) of R463A was found to be higher than that of R404A by 10% under low-temperature applications. R463A is another refrigerant option that is composed of 7% carbon dioxide (CO2), and is consistent with the evolution of fourth-generation refrigerants that contain a mixture of HFCs, HFOs, HCs, and natural refrigerants, which are required to produce a low-GWP, zero-ozone-depletion-potential (ODP), high-capacity, low-operating-pressure, and nontoxic refrigerant. View Full-Text
Keywords: R463A refrigerant; refrigeration system; energy technology; environmentally friendly R463A refrigerant; refrigeration system; energy technology; environmentally friendly
►▼ Show Figures 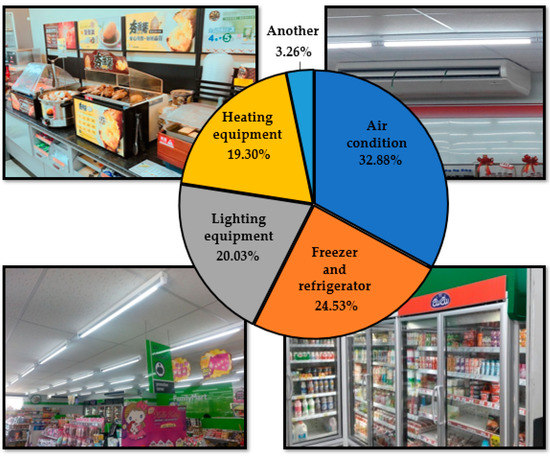