Development of technologies, materials, support systems, and coatings has made the integration of solar thermal systems into the building envelope increasingly possible. Solar thermal collectors can either be directly integrated, substituting conventional roof or façade covering materials, or constitute independent devices added to a roof or façade structure. Aimed at estimating the real effectiveness of building-integrated solar systems for domestic heat water (DHW) production or for heating integration, when horizontal or inclined pitches on buildings are not applicable, the authors analyze a case study with different scenarios, taking into account the issues connected to a highly urbanized context in the Mediterranean climate. A GIS model was used for estimating the energy balance, while the real producibility of the simulated systems was calculated by a dynamic hourly simulation model, realized according to ISO 52016. The savings in terms of primary energy needs obtained by installing solar thermal systems on the facade are presented, and the differences between the cases in which the system is used for DHW production only and for space heating too are distinguished and discussed. The evaluated potential is quantified in the absence of roof collectors, despite their high potential in the Mediterranean region, in order to better appreciate the effects induced by integrated facade systems. View Full-Text
Keywords: solar energy; building integrated solar thermal system; SWHS integration solar energy; building integrated solar thermal system; SWHS integration
►▼ Show Figures 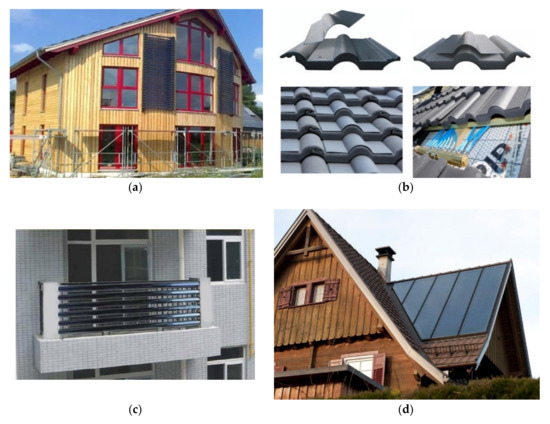