Natural gas exists in considerable quantities in tight reservoirs. Tight formations are rocks with very tiny or poorly connected pors that make flow through them very difficult, i.e., the permeability is very low. The mixed finite element method (MFEM), which is locally conservative, is suitable to simulate the flow in porous media. This paper is devoted to developing a mixed finite element (MFE) technique to simulate the gas transport in low permeability reservoirs. The mathematical model, which describes gas transport in low permeability formations, contains slippage effect, as well as adsorption and diffusion mechanisms. The apparent permeability is employed to represent the slippage effect in low-permeability formations. The gas adsorption on the pore surface has been described by Langmuir isotherm model, while the Peng-Robinson equation of state is used in the thermodynamic calculations. Important compatibility conditions must hold to guarantee the stability of the mixed method by adding additional constraints to the numerical discretization. The stability conditions of the MFE scheme has been provided. A theorem and three lemmas on the stability analysis of the mixed finite element method (MFEM) have been established and proven. A semi-implicit scheme is developed to solve the governing equations. Numerical experiments are carried out under various values of the physical parameters. View Full-Text
Keywords: natural-gas; low permeability reservoirs; mixed finite element simulation; porous media; stability analysis natural-gas; low permeability reservoirs; mixed finite element simulation; porous media; stability analysis
►▼ Show Figures 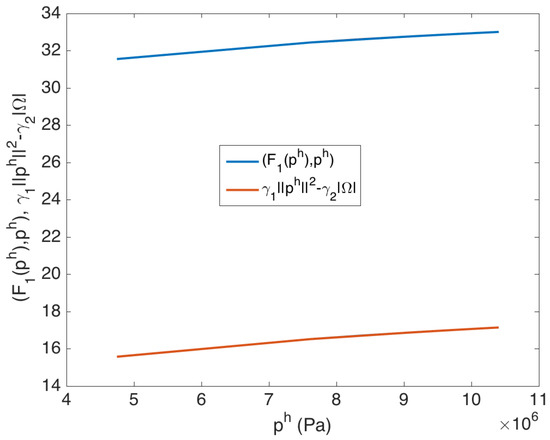