This section introduces several existing traffic filtering techniques including QR, PL, QRPL, EPL, and FHT that were proposed to reduce redundant unicast traffic in HSR networks. To demonstrate the operations of these existing filtering techniques, we consider an HSR network with eight DANH rings and three QuadBox rings as shown in Figure 1.
Under the standard HSR protocol, when source node 1 sends a unicast frame to destination node 10, the frame is duplicated and circulated in all rings, except the destination DANH ring as shown in Figure 2. This flooding process generates excessively redundant unicast traffic in the HSR network.

QR reduces redundant traffic in HSR networks by solving the HSR issue 1. In other words, the QR technique prevents traffic frames from being duplicated and circulated in rings, as shown in Figure 3. When a node receives an HSR frame for the first time, the node floods the frame over all its ports except the received port from which the frame has been received. Later, if the node continues to receive other copies of the frame, the node will discard the duplicate copies.
QR is the simplest traffic filtering technique. The technique can filter any traffic. The main disadvantage of QR, however, is that it does not filter unicast traffic for unused rings.

To solve issue 1 of HSR, the EFA uses the QR technique to prevent unicast traffic frames from being duplicated and circulated in all rings of HSR networks. By using the QR technique, each HSR node, such as a DANH node or a QuadBox node, forwards a unicast frame over all its ports (except the received port) when the node has received the frame for the first time. Later, if the node receives copies of the frame, the node will discard the duplicated copies.

3.4. Operations of the Proposed EFA

4.1.1. Under the Standard HSR Protocol

This section analyzes and evaluates the control overhead generated in HSR networks under the FHT and EFA.

The objective of the simulation was to validate and compare the network traffic performance of the EFA to that of the standard HSR protocol and existing traffic filtering techniques. In the simulation, source node 1 sends N () unicast frames to destination node 10. Network traffic frames were recorded to validate and compare with the analytical results.

The objective of the second simulation was to validate and compare the overhead performance of the EFA to that of the FHT technique. In this simulation, the sample HSR network shown in Figure 1 was used. Source node 1 sends N () unicast frames to destination node 10. The total number of control messages generated in the network was recorded to validate and compare with the analytical results.

The line graph in Figure 13 illustrates a comparison of network traffic of the EFA, the standard HSR protocol, and existing traffic-reduction techniques. Unlike other traffic-filtering techniques such as QR, PL, QRPL, and EPL—which either remove duplicate frames, and/or filter unicast traffic for DANH rings, or filter unicast traffic for both DANH and QuadBox rings—the EFA filters the unicast traffic for both DANH and QuadBox rings, as well as removing the duplicate frames from rings, as in the FHT technique. The EFA, thus, significantly reduces redundant unicast traffic compared with the standard HSR protocol and the existing QR, PL, and QRPL techniques. Numerically, for the sample HSR network, EFA reduces unicast network traffic by 80% compared with the standard HSR protocol, by ~62% compared with the QR technique, by ~60% compared with the PL technique, and by ~26% compared with the QRPL approach.
The simulation results also demonstrate that the network traffic performances of the proposed EFA and the FHT are quite similar. The main drawback of EFA is that it still generates a few control messages that are used to check and lock trunk QuadBoxes connecting to unused QuadBox rings, resulting in additional control overhead in HSR networks. The EFA, however, has better control overhead performance than the FHT, as shown in Figure 14a,b. The line chart in Figure 14a shows that for the sample HSR network, the number of control messages generated by the FHT is ten times higher than that generated by the EFA.
Table 2 shows a comparison of filtering features of various traffic filtering-based techniques. It is clear from the table that the proposed EFA is one of the most effective solutions for reducing redundant unicast traffic in HSR networks.

In this paper we proposed a novel approach called EFA for effectively reducing redundant unicast traffic in HSR networks. The EFA integrates a novel filtering technique for QuadBox rings in HSR networks called the FQR technique with two existing filtering techniques, QR and PL, in order to filter redundant unicast traffic for both DANH and QuadBox rings, as well as to prevent unicast frames from being duplicated and circulated in rings. The EFA thus demonstrates the best network traffic performance among the various available filtering techniques. The analytical and simulation results showed that, for the sample network, EFA reduced network unicast traffic by 80% compared with the standard HSR protocol, by ~62% compared with the QR technique, by ~60% compared with the PL technique, and by ~26% compared with the hybrid approach of QRPL. In addition, among the best traffic performance techniques, the EFA demonstrates the best overhead performance. For the sample network, the number of control messages generated by the EFA is one tenth that of the FHT. In conclusion, the EFA is a very efficient approach that reduces more redundant unicast traffic in HSR networks than existing filtering techniques and generates less control overhead in the networks than the FHT. The EFA, thus, saves network bandwidth and improves network traffic performance in HSR networks.
Our future work will develop and implement the EFA in hardware devices.

This work was partly supported by Institute for Information & communications Technology Promotion (IITP) grant funded by the Korea government (MSIT) (No. 2014-0-00501, A Study on the Key Technology of Optical Modulation and Signal Processing for Implementation of 400 Gb/s Optical Transmission) and Basic Science Research Program through the National Research Foundation of Korea (NRF) funded by the Ministry of Science and ICT (grant number: 2017R1A2B4003964). 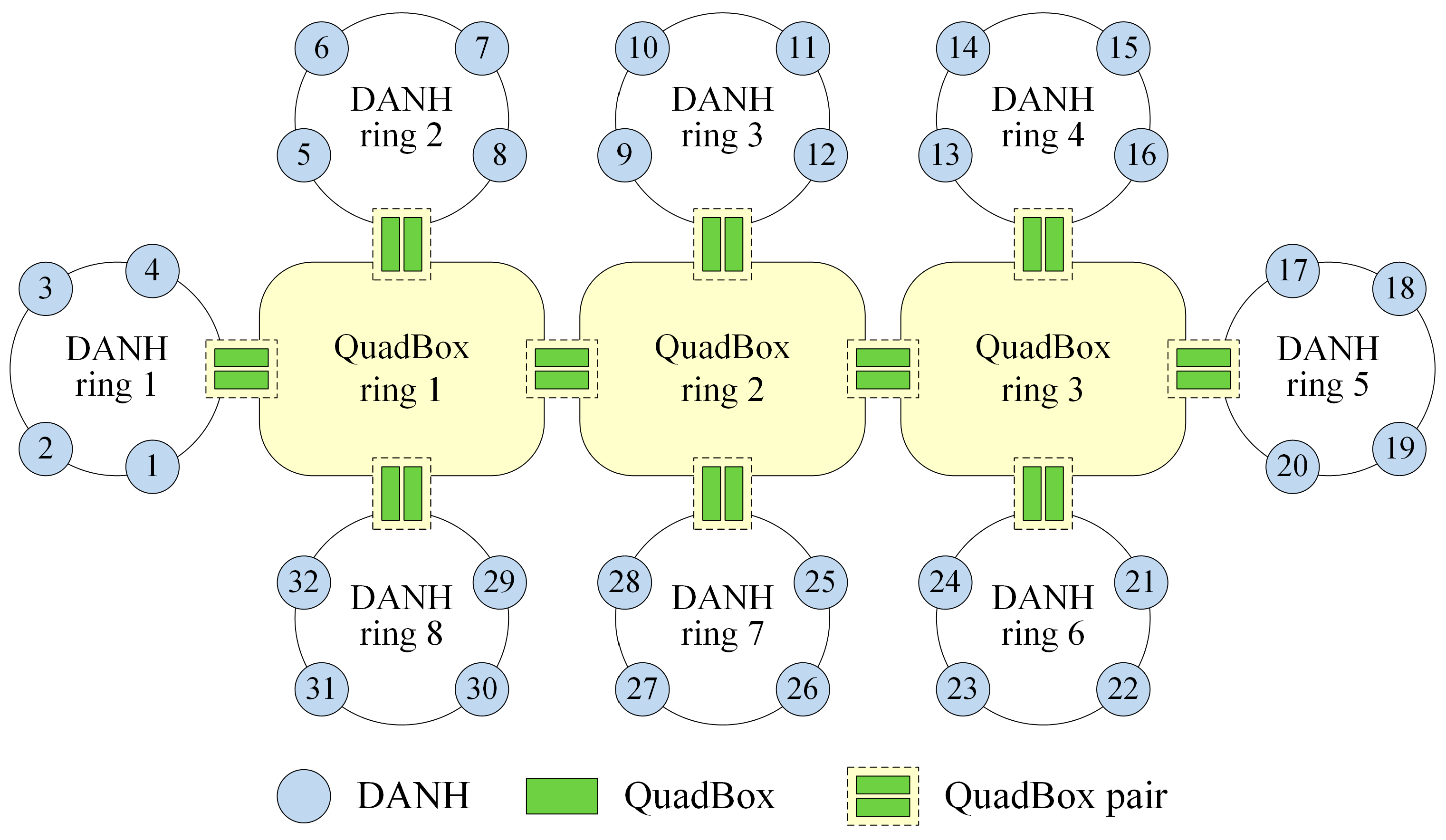 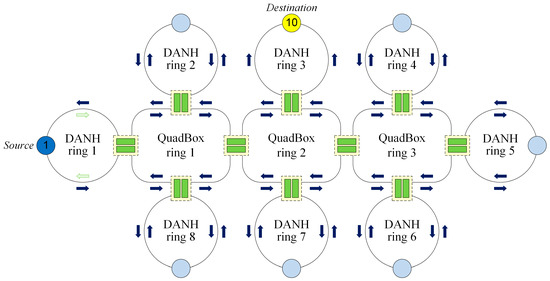 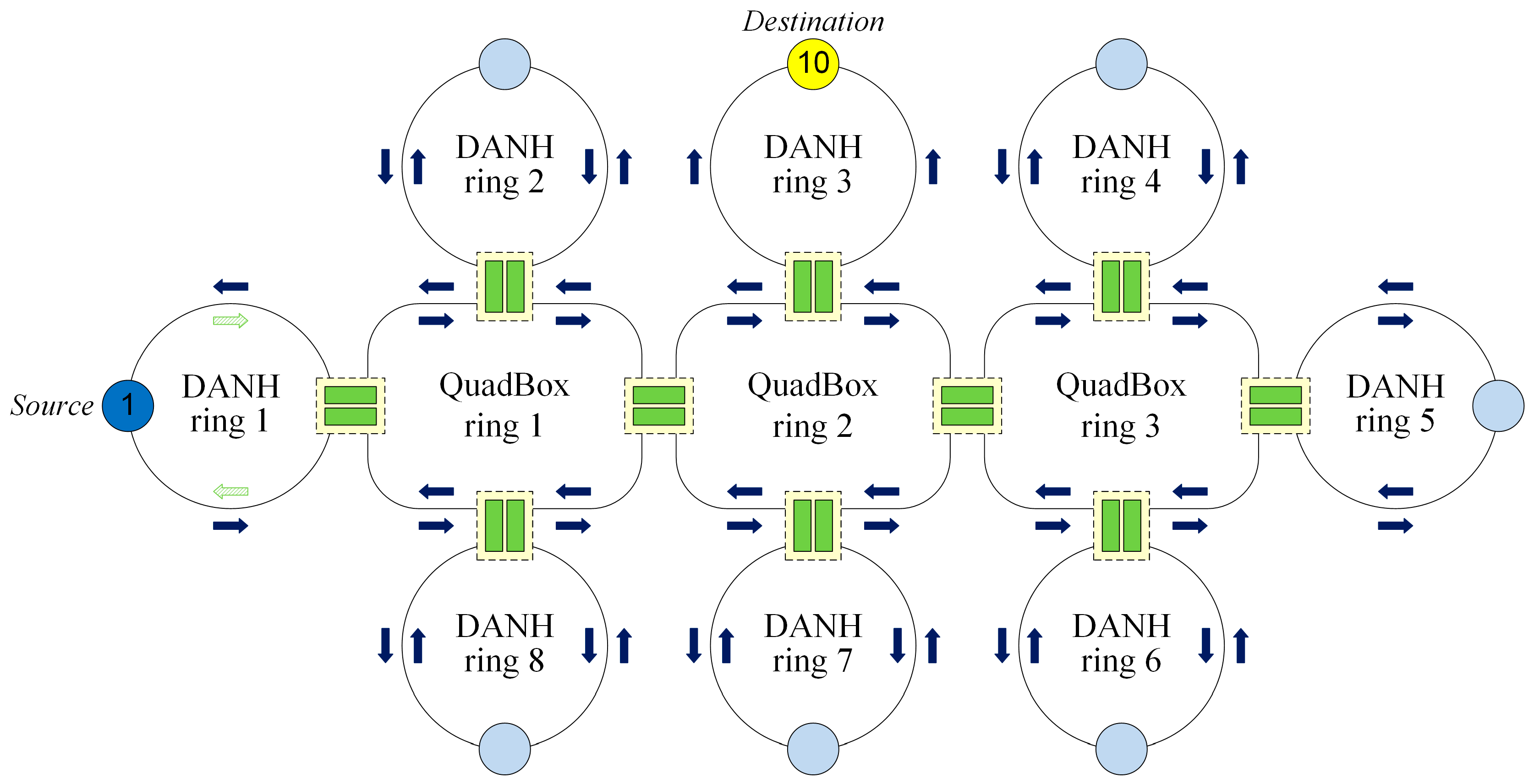 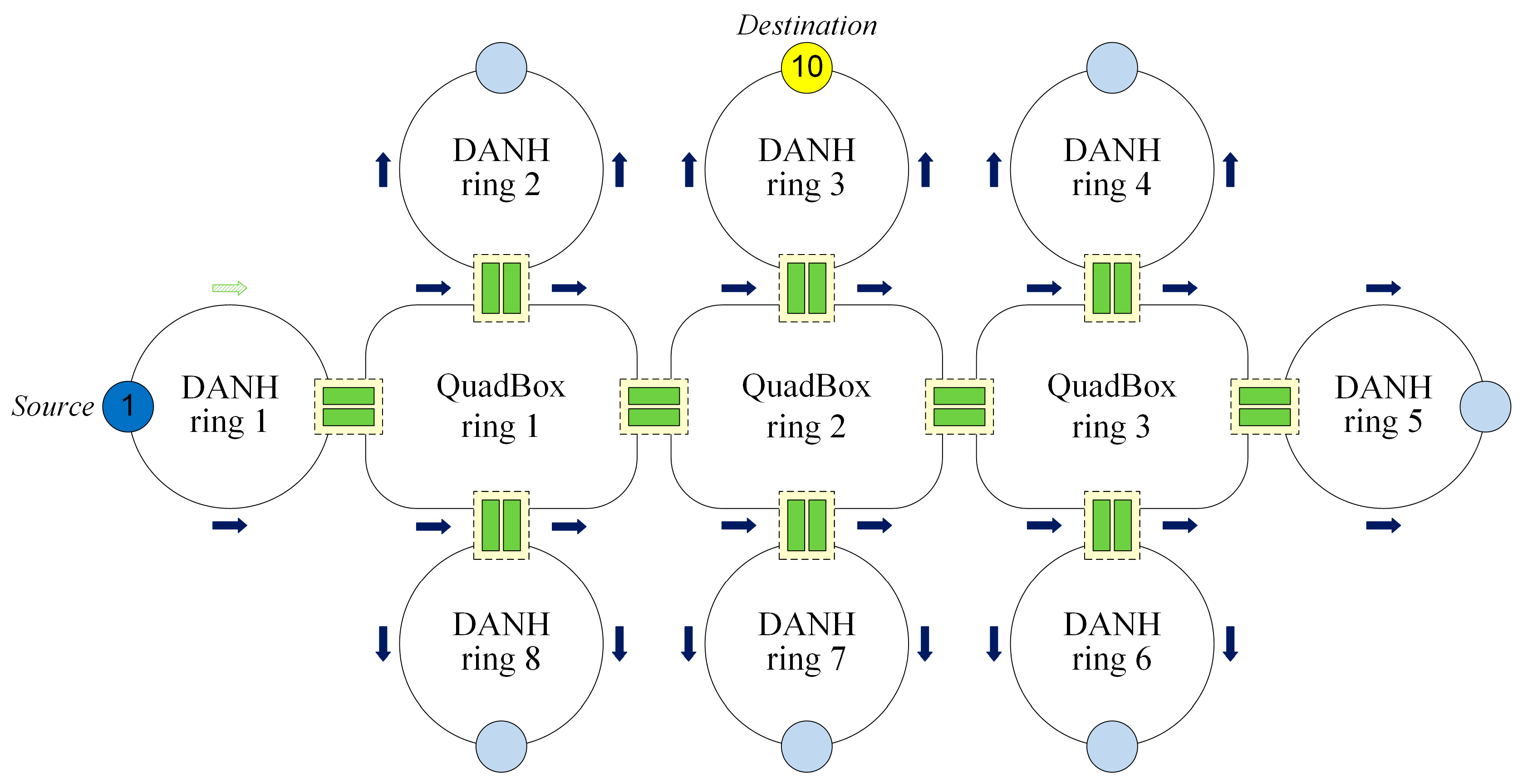 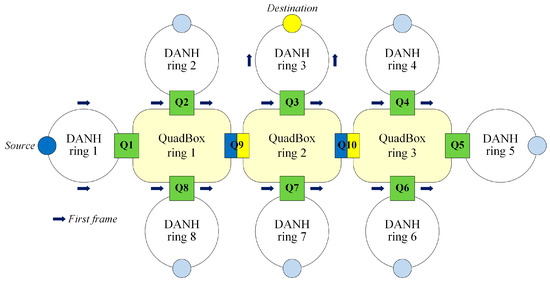 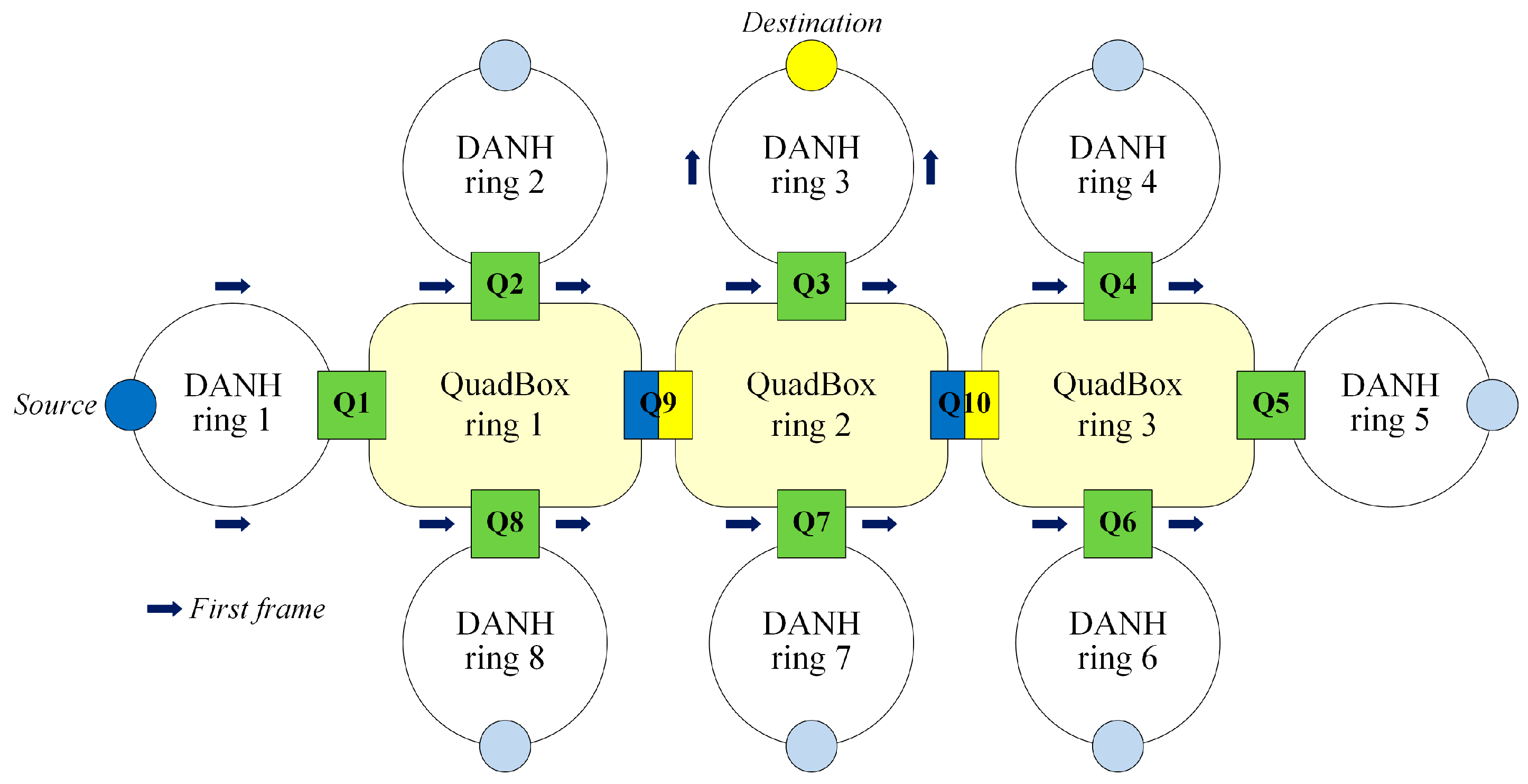 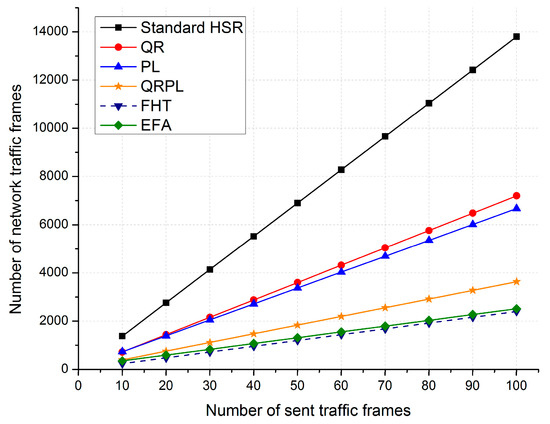