The Role of Emotional Intelligence and Sociocultural Adjustment on Migrants’ Self-reported Mental Well-Being in Spain: A 14 Month Follow-Up Study

The Impact of Spousal Migration on the Mental Health of Nepali Women: A Cross-Sectional Study

Spousal separation, lack of companionship, and increased household responsibilities may trigger mental health problems in left-behind female spouses of migrant workers. This study aimed to examine mental ill-health risk in the left-behind female spouses of international migrant workers in Nepal. A cross-sectional survey was carried out in the Nawalparasi district. Study areas were purposively chosen; however, participants were randomly selected. Nepali versions of the 12-item General Health Questionnaire (GHQ), Beck Depression Inventory (BDI), and Connor–Davidson Resilience Scale (CD-RISC) were used. Mental ill-health risk was prevalent in 3.1% of the participants as determined by GHQ. BDI identified mild or moderate depression in 6.5% of the participants with no one having severe depression. In bivariate analysis, a high frequency of communication with the husband was associated with lower mental ill-health risk and depression, as well as increasing resilience. Reduced return intervals of husbands and a high frequency of remittance were also associated with a low GHQ score. In a multiple regression model, adjusting for potential confounding variables, participants who communicated with their husbands at least once a day had a greater mean CD-RISC score (i.e., high resilience against mental ill-health risk) compared to those who did so at least once a week; a mean difference of 3.6 (95% CI 0.4 to 6.9), P = 0.03. To conclude, a low mental ill-health risk was found in the female spouses of migrants. View Full-Text
Keywords: mental health; migrant; left-behind; spouse; depression; resilience; Nepal; low- and middle-income countries mental health; migrant; left-behind; spouse; depression; resilience; Nepal; low- and middle-income countries
►▼ Show Figures 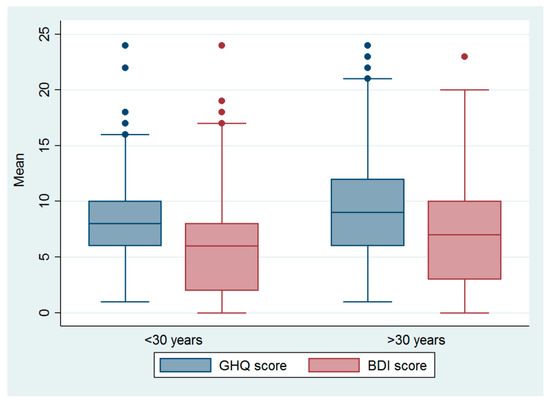