Neonatal Mortality and Temperature in Two Northern Swedish Rural Parishes, 1860–1899—The Significance of Ethnicity and Gender

The aim of this study was to analyze the association between season of birth and daily temperature for neonatal mortality in two Swedish rural parishes between 1860 and 1899. Further, we aimed to study whether the association varied according to ethnicity (indigenous Sami reindeer herders and non-Sami settlers) and gender. The source material for this study comprised digitized parish records from the Demographic Data Base, Umeå University, combined with local weather data provided by the Swedish Meteorological and Hydrological Institute. Using a time event-history approach, we investigated the association between daily temperature (at birth and up to 28 days after birth) and the risk of neonatal death during the coldest months (November through March). The results showed that Sami neonatal mortality was highest during winter and that the Sami neonatal mortality risk decreased with higher temperatures on the day of birth. Male neonatal risk decreased with higher temperatures during the days following birth, while no effect of temperature was observed among female neonates. We conclude that weather vulnerability differed between genders and between the indigenous and non-indigenous populations. View Full-Text
Keywords: neonatal mortality; temperature; seasonality; indigenous population; gender; Sweden neonatal mortality; temperature; seasonality; indigenous population; gender; Sweden
►▼ Show Figures 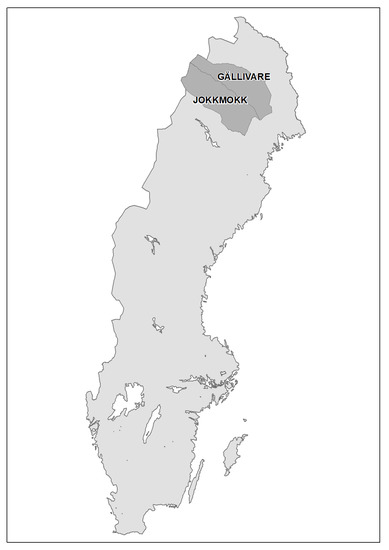