Refrigeration Capacity and Effect of Ageing on the Operation of Cellulose Evaporative Cooling Pads, by Wind Tunnel Analysis

An Analysis of Global Research Trends on Greenhouse Technology: Towards a Sustainable Agriculture

Greenhouse farming is an agricultural management system that has demonstrated its efficiency in intensifying food production. These systems constitute a feasible alternative for ensuring food supply, which is one of the greatest challenges faced by humankind in the twenty-first century. Technology has been able to meet the challenges related to greenhouse farming in both contributing to overcoming its limitations, correcting adverse impacts and ensuring system sustainability. The objective of this article is to analyse the global research trends in greenhouse technology over the last two decades, in order to identify the main driving agents, the most outstanding research lines and possible gaps in the literature. Different methodologies have been used for the analysis; both quantitative and qualitative. The principal results show that there are different relevant lines of research related to different aspects of greenhouse farming: the use of water for irrigation, the design of the optimum structure of the greenhouse, conserving the soil in the best growing conditions, energy consumption of the system as a whole, climate control within the facility and pest control. The research is characterized by the being composed largely of ad hoc studies, which hinders the international collaboration between researchers and institutions. The research approach has shifted from being focused on increasing production and cost savings to aspects related to resource conservation and sustainability.
Keywords: greenhouse; technology; irrigation; soil; energy; structure; pest; climatic control; sustainability; bibliometric analysis greenhouse; technology; irrigation; soil; energy; structure; pest; climatic control; sustainability; bibliometric analysis

In order to meet the pursued research objective and to answer the proposed questions, the applied research methodology is the bibliometric analysis. The bibliometric analysis was developed by Garfield during the 50s in order to identify, organize and analyse the main elements within a knowledge field [57,58]. After the first works, this methodology has been extended to many disciplines like medicine, biology, ecology, engineering, administration and economics [59]. This methodology applies mathematic and statistic tools in order to determine trends, identify the main driving agents and the publication relevance within a field of study [60,61]. In the bibliometric analysis, indicators related to quantity, relevance and structure can be distinguished [62]. Quantity indicators refer to the volume of published works and the agents’ productivity (authors, journals and institutions) in a specific field. Relevance indicators show the impact of publications. Under these indicators we can find the number of quotations, the H-Index and journal classifications. Structure indicators analyse the established networks among the different elements of a research field. Traditionally, three main approaches to develop a bibliometric work can be distinguished: co-occurrence, co-citations and coupling analyses [63]. In our study, we have followed a traditional approach based on co-ocurrence. Fort he studied analysis, we have included productivity indicators, quality and structure indicators [64].
Firstly, agents –authors, institutions, countries and journals- which publish at most are identified. Secondly, the impact of publications by agent is analysed. This analysis, especially when related to journals, is of great interest for researchers since it means a method to assess the journal relevance where they are publishing their works [65,66]. The selected indicators are the count of quotations, the h index and the impact on the SCImago Journal Rank. The h index is defined as the total h of N documents with at least h cites each, whereas the other articles have h cites each. In means, the h index for one author or country is the h number of documents by author or country with at least h cites each [67]. The SJR measures the weight cites received by the journal, where the cite weight depends on the studied field and the prestige of the quoted journal [64]. Thirdly, we apply maping techniques to analyse the network structure among agents.

The Elsevier Scopus database has been selected to obtain the sample of studies to analyse, in the same way as other articles that have analysed the dynamics followed by a certain line of research [68,69,70,71]. The search parameters selected include all the terms related to the principal topics of the research in greenhouse technology (GT), such as soil, energy, structure, climate, and irrigation. These parameters were used in the search fields of title, abstract and keywords. The search was carried out in June 2019. The study period selected was 1999 to 2018. Only documents until 2018 have been included so that complete annual periods can be compared [72]. In addition, a search of articles on “agriculture” was also carried out with the same restrictions in order to analyse the relative importance of the research in GT within this general theme. Given that the results of the same study are frequently published as conference papers, book chapters and articles, in order to avoid duplications, only original articles have been included in the sample [73,74]. The final sample analysed is composed of 706 articles. The articles from the search were evaluated and classified depending on the number of articles, their year of publication, the language of the publication, all of the authors of the articles, the institutions and countries of all of the authors, the subject area in which Scopus classifies the studies, the name of the journals in which they have been published and the keywords.
The data were refined to eliminate duplications, omissions and errors and to search for incomplete information. The records obtained have been analysed and the results have been grouped in tables and represented in graphs in order to show the results clearly. Finally, the keywords analysis was used to extract the principle research trends. The list of the most-used keywords in the documents comprising the sample has been analysed both qualitatively and quantitatively. The different tools used for the processing and subsequent analysis of the data were Excel (version 2016), SciMAT (v1.1.04, University of Granada, Granada, Spain) and VOSviewer (University of Leiden, Leiden, Netherlands), which are commonly used for this type of study [19]. The free software WordArt (https://wordart.com/) was used to represent the complete series and groups of keywords through word clouds [75]. Figure 1 shows the methodological approach followed in the present work.

3.1. The Evolution over Time of the Principal Variables Analysed

3.2. Evolution of Research in GT by Subject Area

Figure 3 shows the evolution of the number of articles published, classified by discipline. Over the whole period analysed, the principal subject categories were Agriculture and Biological Sciences which accumulated 90.3% of the total, Environmental Sciences with 33.7%, and Engineering with 30.5%: the rest of the categories account for less than 10% of the studies in the sample. It should be noted that the same article may be classified in more than one category simultaneously. It may be observed that the research in GT is dominated by technical disciplines. In fact, only 3.6% of the articles fall within the Social Sciences category, while Economics, Econometrics and Finance account for just 0.8%. These low percentages reveal the lack of studies within the research in GT from these areas of knowledge.

3.3. Most Relevant Journals in Research on GT

3.4. Most Relevant Countries in terms of Research in GT

3.5. Most Relevant Institutions in the Research in GT

3.6. Most Relevant Authors in GT Research

The objective of this study has been to reveal the current status and evolution of the research in greenhouse technology and its areas of application. It has identified the principal driving agents of the research in this subject, the most prominent lines of research and the technology-intensive areas and gaps in the research.
The sustainable intensification of agriculture is one of the most plausible alternatives to respond to the challenge of food supply in the twenty-first century and greenhouse farming has been proved to be efficient over the last few decades. Technology has evolved to optimize greenhouse production systems, particularly with regard to irrigation, greenhouse structure, soil, energy use, climate control and pest control.
Research in GT has been characterised by responding to clearly contextualised problems for a type of crop in a specific region with a particular climate, a specific resource endowment, within a legislative framework that conditions the use of products (fertilizers, herbicides, pesticides) and which serves a global market. This conditions the international relationships between institutions and authors of the research in GT.
The evolution of consumption patterns and the degree of social awareness has given rise to what we could call a change of the paradigm in the research in GT. Although the agricultural activity is developed by entrepreneurs and their interests must include the maximisation of productivity and the search for profit, agriculture has experienced a process of incorporating values related to sustainability. Therefore, resource conservation—particularly water and soil - and social acceptance are currently priority concerns within the sector.
In response to the new challenges of the sector, the research in GT should address issues such as the economic-financial feasibility of the innovations for their widespread adoption by farmers; communication from the scientific field with the rest of the interested parties, both to transmit the results obtained and to give feedback regarding the development of projects focused on providing solutions for the needs of the sector; and to secure the participation of the institutions and governments to jointly respond to the different problems that exist. Moreover, there is a considerable gap between the scientific knowledge and the end-users’ believes regarding technology. For this reason, it is important to correctly transfer the developed technological advances to the end-users. In this way, efforts should be made to achieve sustainability, including the economic, social and environmental fields.

The four authors have equally contributed to this paper. All authors have revised and approved the final manuscript.

This work was partially supported by the Spanish Ministry of Economy and Competitiveness and the European Regional Development Fund by means of the research project ECO2017–82347-P. 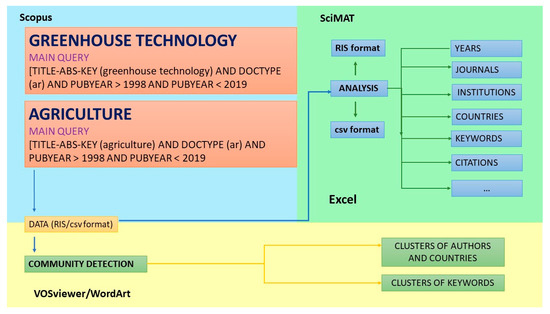 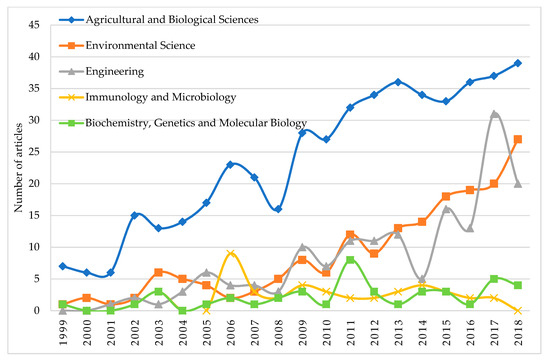 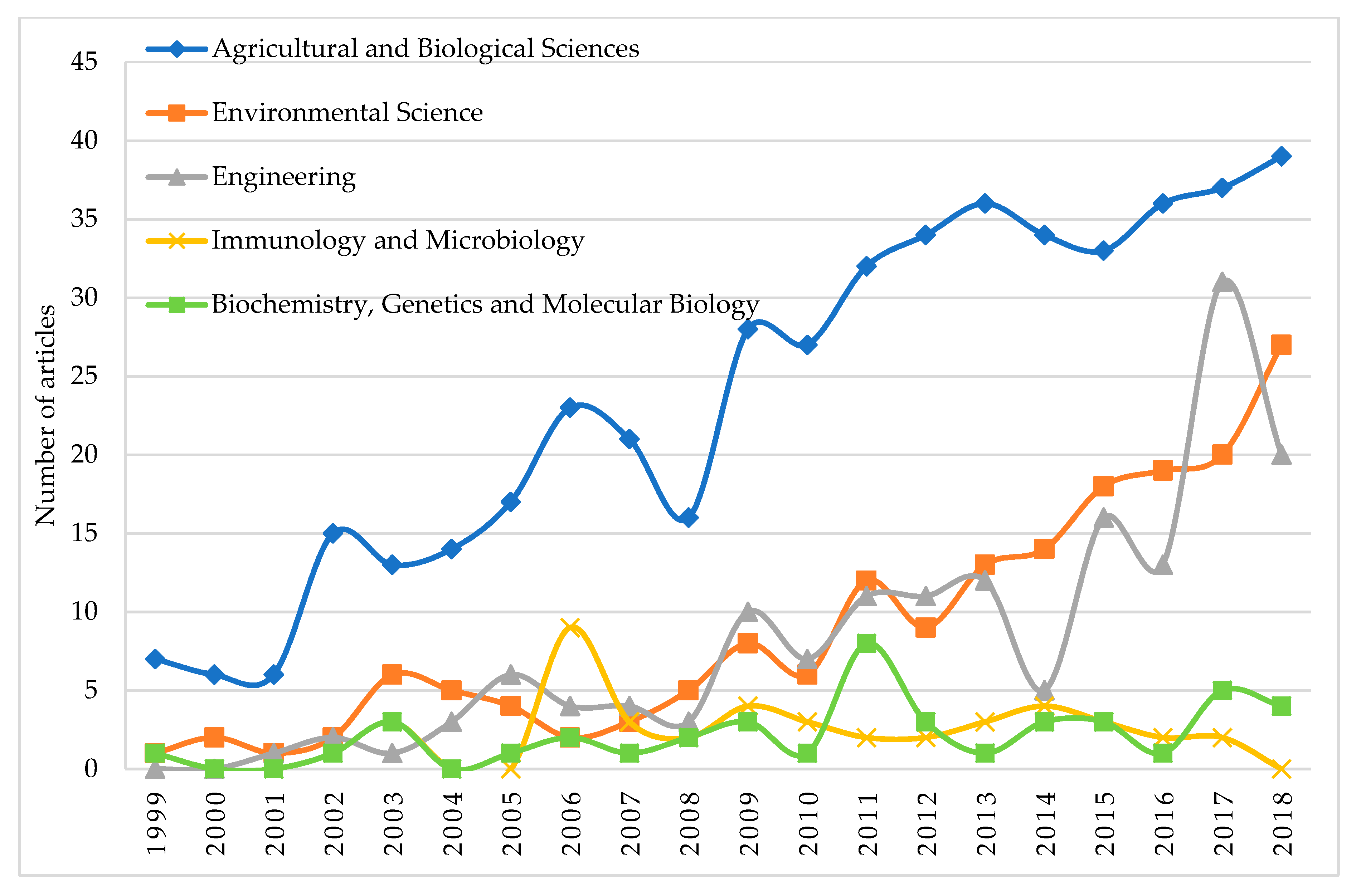 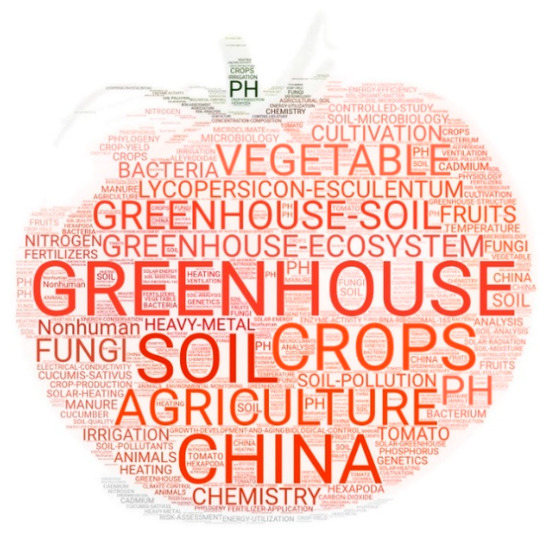 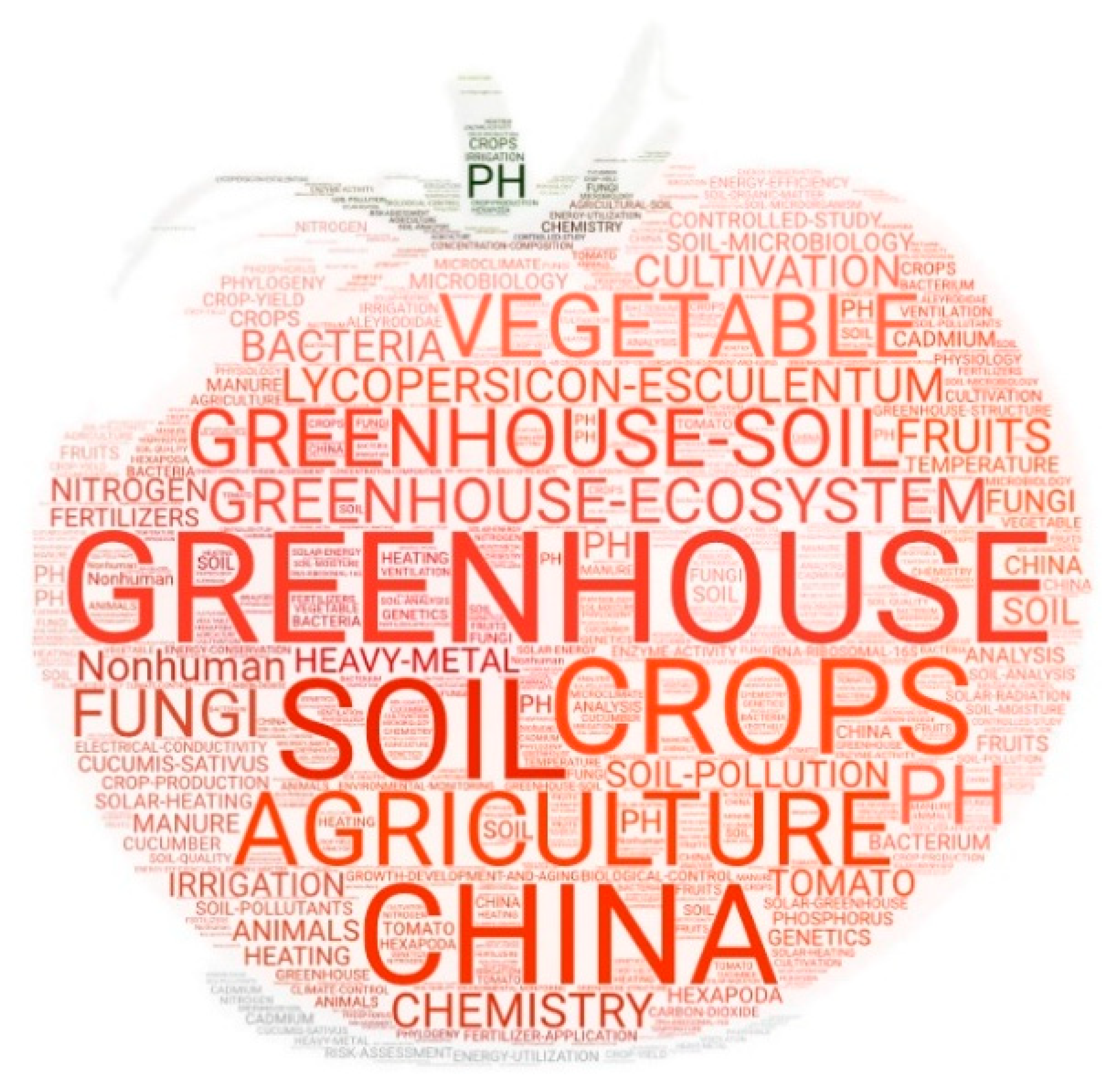