Determinants of Spatial Heterogeneity of Functional Illiteracy among School-Aged Children in the Philippines: An Ecological Study

The NCQ is a self-administered screening tool for subjective neurocognitive complaints that are expressed in 25 statements. In our study, the participants received written instructions on how to report the degree to which they experienced any of the 25 problems over the past six months [10]. Possible responses were rated on the following scale: 1 = “Never a Problem,” 2 = “Sometimes a Problem,” and 3 = “Often a Problem.” Higher scores indicated poorer perceived neurocognitive function.

We performed an exploratory factor analysis on the first administration questionnaires, for which all 25 NCQ items were completed according to instructions (N = 503). We used a promax rotation and maximum likelihood estimation of factor loadings, considering the likelihood that the factors in any multifactor model would be correlated to some degree. Items with a factor loading of ≥0.40 defined the factor. We assessed internal consistency of the items within each factor with Cronbach’s (raw) alpha. We computed total NCQ scores as the mean of all 25 items; thus, total NCQ scores ranged from 1 to 3. Likewise, we computed factor scores as the mean of all items making up the factor, and scores ranged from 1 to 3. We also calculated Pearson’s correlations among the factors, which, computed pairwise, provided insight into any overlap of information provided by a pair of factors.
For the following analyses, we report results on two samples—All Available (AA) and Complete Case (CC). Those who provided at least one factor score at either administration made up the AA sample. Those who answered all 25 NCQ items at both administrations made up the CC sample.
We aimed to estimate change in the NCQ and each of the factors due to aging while controlling for sex, education, and city using the AA sample to maximize sample size. To analyze the scores, we used linear mixed models, which allowed us to (i) account for repeatedly measured scores from the 2 administrations and (ii) use the one-time scores from those participants who provided a score at only one of the administrations. Specifically, we accounted for within-participant correlation with a compound symmetric (a.k.a. exchangeable) structure, which assumes the score variance is constant at both administrations and that observations within a participant are correlated (this is a repeated measures analysis). For each score, we first built an age (at administration) model, choosing between fitting a purely linear age effect or a linear-quadratic age effect. Using the chosen age model, we individually tested effects of sex, education, and city at the 0.10 p-level. We then tested whether a significant cofactor interacted with each of the other cofactors. We also tested whether the linear age effect depended on the level of a significant cofactor. Finally, we used the model that had either all significant main effects or all significant main effects and main effects included in a significant interaction. Estimated effects are presented with their 95% confidence intervals. Separate from the aging models adjusted for cofactors, we provide summary statistics on the differences between scores from the 1st and 2nd administrations among the CC sample for evaluation of individual longitudinal changes; these are equivalent to paired t-tests. All analyses were conducted using SAS/STAT software, version 9.4, SAS System for Windows (SAS Institute, Cary, NC, USA).

In the first administration, 503 participants (mean age ± SD, 73.3 ± 5.8 years) answered all 25 NCQ questions; we used those responses for the exploratory factor analysis. Table 1 displays the factor loadings on the NCQ items, mean and standard deviation of score, and internal consistency measures (Cronbach’s alpha) for each factor. The mean (SD) for the total NCQ score was 1.33 (0.37). We obtained 4 factors representing 20 of the 25 items and categorized them as metacognition (Factor 1, 9 items), emotional regulation (Factor 2, 5 items), motivation/organization (Factor 3, 4 items), and processing speed (Factor 4, 2 items). Table 1 shows the 4 factors we identified using the NCQ as well as items represented for a 2-factor solution (behavioral regulation and metacognition) based on the BRIEF-A [12] and a 4-factor solution (task efficiency, emotional regulation, organization, and memory skills) based on the NCQ in the CCSS [10]. Items identified as a metacognition factor based on the BRIEF-A loaded on the metacognition factor and motivation/organization factor. The items identified as a task efficiency factor based on the NCQ in the CCSS loaded on the metacognition, emotional regulation, motivation/organization, and processing speed factors. Since recent literature using the BRIEF-A reported a better fit for a three-factor solution [17], where the behavioral regulation factor split into a behavioral regulation factor and an emotional regulation factor, the emotional regulation factor in this study (Table 1) was comparable to the behavioral regulation factor in the BRIEF-A or the emotional regulation factor based on the NCQ in the CCSS. We found processing speed to be an independently identified factor. The differences of the identified factors between CCSS and our study may be due to differences in age-related changes of executive function domains since the former involved the middle aged, and the latter the elderly. Table 2 provides the Pearson’s correlations for each factor pair.
After determining the 4 factors, we computed factor scores for the 649 participants in the AA sample. Table 3 displays the numbers of the AA sample providing scores for the NCQ and each of the 4 factors at (i) both administrations, (ii) only the 1st, and (iii) only the 2nd.
Table 4 provides participant characteristics for the sample used in the exploratory factor analysis (EFA), the AA, and the CC samples. Because the CC sample was wholly contained in the EFA sample, and the EFA wholly contained in the AA sample, we did not statistically compare these samples, but do make the following notes. The AA sample had proportionately more women than the CC sample, and proportionately fewer participants with a university-level education (more than 15 years of education). The EFA sample had proportionately fewer Hiroshima participants than the AA and CC samples. The EFA sample values for the other characteristics ranged between those for the AA and the CC samples. Only one mildly demented participant was included in each administration.
In the mixed model based on the AA sample, chosen models for each score and estimates for the terms in the models appear in Table 5. For the NCQ and all 4 factors, subjective cognition deteriorated (scores increased) linearly with increasing age. For Factors 1, 3, and 4, (metacognition, motivation/organization, and processing speed) though, the rate of deterioration increased, with age showing a linear-quadratic effect. Those with less formal education had higher scores on all of the scores than those with more education. This was particularly true for Factors 1 and 2 (metacognition and emotional regulation) (p < 0.05 in both the univariate and multivariate models). For the total NCQ and Factors 3 and 4 (motivation/organization and processing speed), evidence was not as strong (p < 0.05 in the univariate model and 0.05 < p < 0.10 in the multivariate model). For all scores, there was no evidence that increased scores with age depended on education (all age × education interactions had p > 0.282, results not shown). Only for Factors 3 and 4 (motivation/organization and processing speed) did scores show some evidence that women and men might differ. For both scores, women had higher scores than men. It is well known that for those born before the end of World War II, men tended to stay in school longer than women. But the possible sex differences in Factors 3 and 4 did not depend on education level (both sex × education interactions had p > 0.468, results not shown). Additionally, we found no evidence that the age-related increases in all 5 scores differed between men and women (p > 0.376 for all age × sex interactions, results not shown). No factors showed evidence of city difference. Figure 1 and Figure 2 display the estimated effect of age on total NCQ score and Factor 1–4 scores at the mean education level.
CC sample scores from the 1st to the 2nd administration indicate significant worsening of total NCQ, metacognition, motivation/organization, and processing speed factors, but not emotional regulation, for all age categories (Table 6). Greater score differences were observed in older participants (aged 80 years or more) than in younger participants for total NCQ and factors, except for emotional regulation.

The Radiation Effects Research Foundation (RERF), Hiroshima and Nagasaki, Japan, is a public interest foundation funded by the Japanese Ministry of Health, Labour and Welfare (MHLW) and the U.S. Department of Energy (DOE). This publication was supported by RERF Research Protocol RP-5-92 and in part by a Grant-in-Aid from the MHLW, Health and Labor Sciences Research Grants, Japan (H26-Junkankitou [Seisaku]-Ippan-001 and H29-Junkankitou-Ippan-003), grant UL1TR000039 through the National Center for Advancing Translational Sciences of the National Institutes of Health (NIH), and grant P20 GM109005 through the National Institute of General Medical Sciences of the NIH. The views of the authors do not necessarily reflect those of the two governments or NIH. We acknowledge Hirofumi Maruyama and Yoshito Nagano (Hiroshima University), Yasuyo Mimori (Hiroshima International University), and Akira Tsujino (Nagasaki University) and Paula K. Roberson (University of Arkansas for Medical Sciences) for their cooperation. 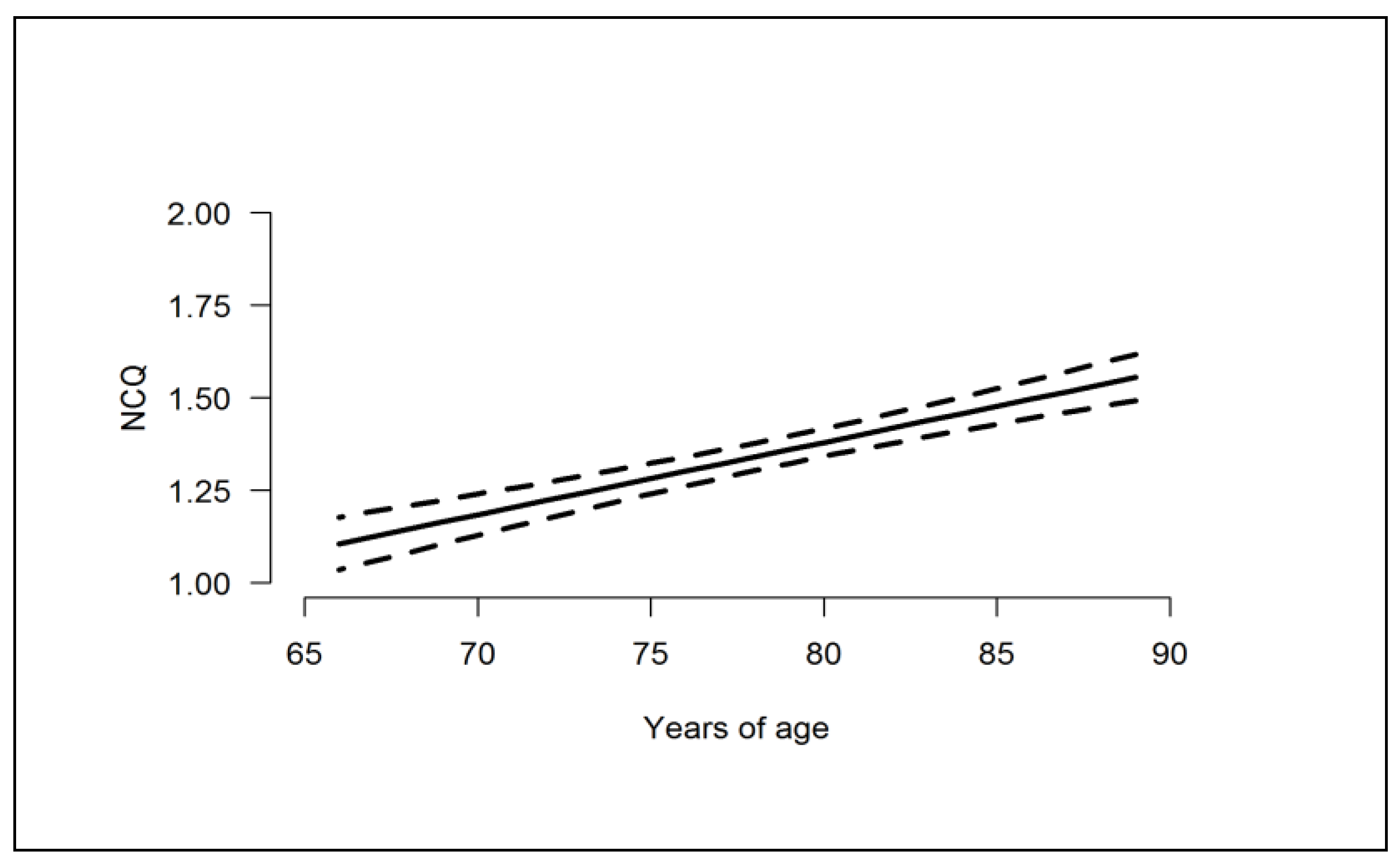 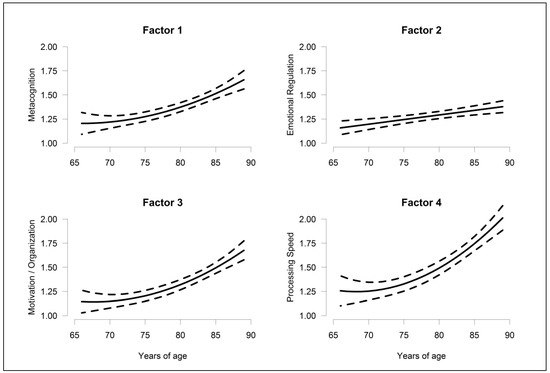 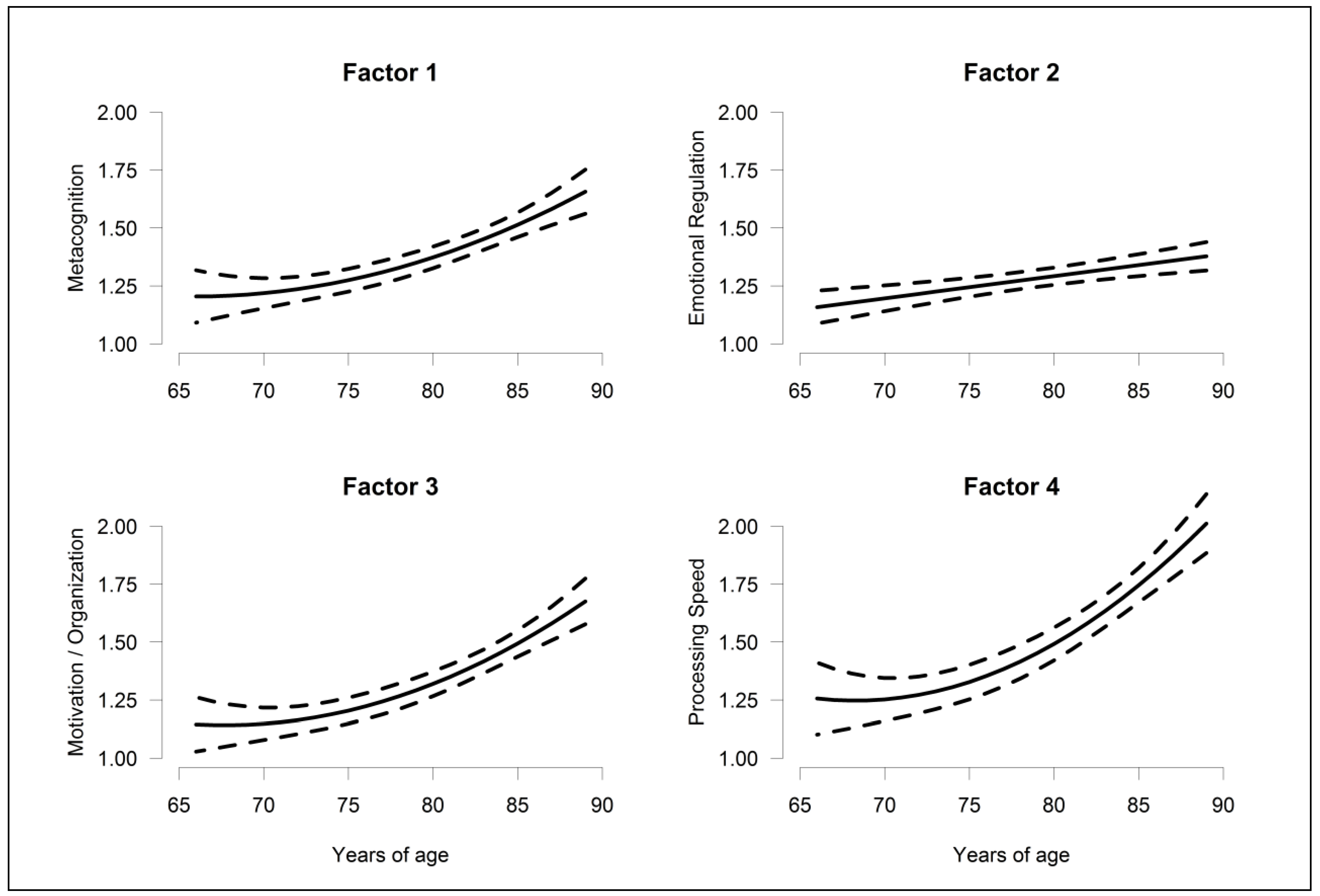