Cerium is the most abundant of rare-earth metals found in the Earth’s crust. Several Ce-carbonate, -phosphate, -silicate, and -(hydr)oxide minerals have been historically mined and processed for pharmaceutical uses and industrial applications. Of all Ce minerals, cerium dioxide has received much attention in the global nanotechnology market due to their useful applications for catalysts, fuel cells, and fuel additives. A recent mass flow modeling study predicted that a major source of CeO2 nanoparticles from industrial processing plants (e.g., electronics and optics manufactures) is likely to reach the terrestrial environment such as landfills and soils. The environmental fate of CeO2 nanoparticles is highly dependent on its physcochemical properties in low temperature geochemical environment. Though there are needs in improving the analytical method in detecting/quantifying CeO2 nanoparticles in different environmental media, it is clear that aquatic and terrestrial organisms have been exposed to CeO2 NPs, potentially yielding in negative impact on human and ecosystem health. Interestingly, there has been contradicting reports about the toxicological effects of CeO2 nanoparticles, acting as either an antioxidant or reactive oxygen species production-inducing agent). This poses a challenge in future regulations for the CeO2 nanoparticle application and the risk assessment in the environment. View Full-Text
Keywords: cerium; cerium oxide; nanoparticles; toxicity; fate; geochemistry; lanthanide cerium; cerium oxide; nanoparticles; toxicity; fate; geochemistry; lanthanide
►▼ Show Figures 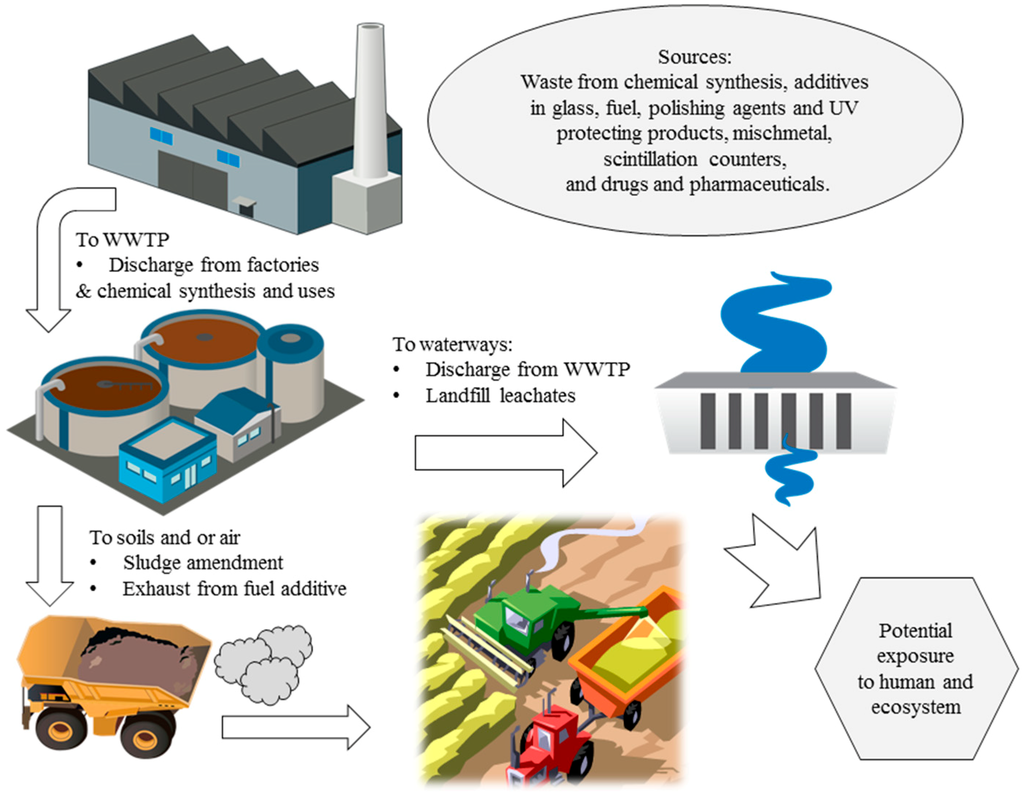