Tetrodotoxin (TTX) is a potent marine neurotoxin with bacterial origin. To date, around 28 analogs of TTX are known, but only 12 were detected in marine organisms, namely TTX, 11-oxoTTX, 11-deoxyTTX, 11-norTTX-6(R)-ol, 11-norTTX-6(S)-ol, 4-epiTTX, 4,9-anhydroTTX, 5,6,11-trideoxyTTX, 4-CysTTX, 5-deoxyTTX, 5,11-dideoxyTTX, and 6,11-dideoxyTTX. TTX and its derivatives are involved in many cases of seafood poisoning in many parts of the world due to their occurrence in different marine species of human consumption such as fish, gastropods, and bivalves. Currently, this neurotoxin group is not monitored in many parts of the world including in the Indian Ocean area, even with reported outbreaks of seafood poisoning involving puffer fish, which is one of the principal TTX vectors know since Egyptian times. Thus, the main objective of this review was to assess the incidence of TTXs in seafood and associated seafood poisonings in the Indian Ocean and the Red Sea. Most reported data in this geographical area are associated with seafood poisoning caused by different species of puffer fish through the recognition of TTX poisoning symptoms and not by TTX detection techniques. This scenario shows the need of data regarding TTX prevalence, geographical distribution, and its vectors in this area to better assess human health risk and build effective monitoring programs to protect the health of consumers in Indian Ocean area. View Full-Text
Keywords: Indian Ocean; Red Sea; tetrodotoxin; pufferfish poisoning Indian Ocean; Red Sea; tetrodotoxin; pufferfish poisoning
►▼ Show Figures 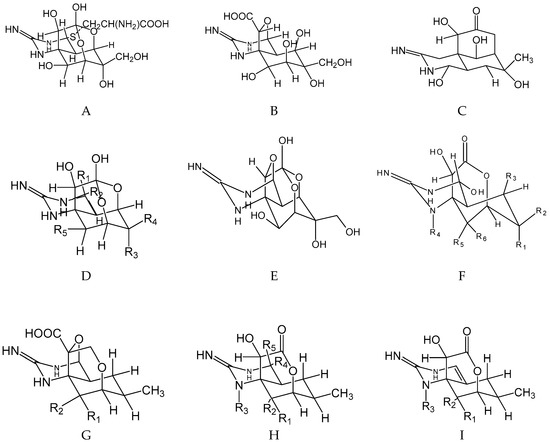