Purification and Characterization of a Novel Pentadecapeptide from Protein Hydrolysates of Cyclina sinensis and Its Immunomodulatory Effects on RAW264.7 Cells
Next Article in Special Issue

In this study, novel methods were tested to culture the collagen-rich sponge Chondrosia reniformis Nardo, 1847 (Demospongiae, Chondrosiida, Chondrosiidae) in the proximity of floating fish cages. In a trial series, survival and growth of cultured explants were monitored near a polluted fish farm and a pristine control site. Attachment methods, plate materials, and plate orientation were compared. In a first trial, chicken wire-covered polyvinyl chloride (PVC) was found to be the most suitable substrate for C. reniformis (100% survival). During a second trial, survival on chicken wire-covered PVC, after six months, was 79% and 63% for polluted and pristine environments, respectively. Net growth was obtained only on culture plates that were oriented away from direct sunlight (39% increase in six months), whereas sponges decreased in size when sun-exposed. Chicken wire caused pressure on explants and it resulted in unwanted epibiont growth and was therefore considered to be unsuitable for long-term culture. In a final trial, sponges were glued to PVC plates and cultured for 13 months oriented away from direct sunlight. Both survival and growth were higher at the polluted site (86% survival and 170% growth) than at the pristine site (39% survival and 79% growth). These results represent a first successful step towards production of sponge collagen in integrated aquacultures. View Full-Text
Keywords: mariculture; sponge; Chondrosia reniformis; fishfarm; integrated multitrophic aquaculture mariculture; sponge; Chondrosia reniformis; fishfarm; integrated multitrophic aquaculture
►▼ Show Figures 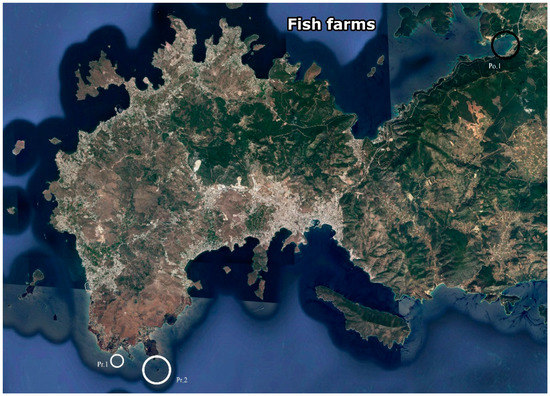