Seaweeds are known to be a good supply of key nutrients including carbohydrates, protein, minerals, polyunsaturated lipids, as well as several other health-promoting compounds capable of acting on a wide spectrum of disorders and/or diseases. While these marine macroalgae are deeply rooted in the East Asian culture and dietary habits, their major application in Western countries has been in the phycocolloid industry. This scenario has however been gradually changing, since seaweed consumption is becoming more common worldwide. Among the numerous edible seaweeds, members of the genus Fucus have a high nutritional value and are considered good sources of dietary fibers and minerals, especially iodine. Additionally, their wealth of bioactive compounds such as fucoidan, phlorotannins, fucoxanthin and others make them strong candidates for multiple therapeutic applications (e.g., antioxidant, anti-inflammatory, anti-tumor, anti-obesity, anti-coagulant, anti-diabetes and others). This review presents an overview of the nutritional and phytochemical composition of Fucus spp., and their claimed biological activities, as well as the beneficial effects associated to their consumption. Furthermore, the use of Fucus seaweeds and/or their components as functional ingredients for formulation of novel and enhanced foods is also discussed. View Full-Text
Keywords: Fucus spp.; nutritional value; bioactivities; fucoidan; phlorotannins; fucoxanthin Fucus spp.; nutritional value; bioactivities; fucoidan; phlorotannins; fucoxanthin
►▼ Show Figures 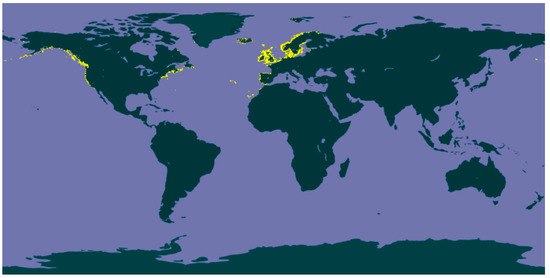