Barriers to the Use of Trastuzumab for HER2+ Breast Cancer and the Potential Impact of Biosimilars: A Physician Survey in the United States and Emerging Markets
Previous Article in Special Issue

The Overarching Influence of the Gut Microbiome on End-Organ Function: The Role of Live Probiotic Cultures

At the time of birth, humans experience an induced pro-inflammatory beneficial event. The mediators of this encouraged activity, is a fleet of bacteria that assault all mucosal surfaces as well as the skin. Thus initiating effects that eventually provide the infant with immune tissue maturation. These effects occur beneath an emergent immune system surveillance and antigenic tolerance capability radar. Over time, continuous and regulated interactions with environmental as well as commensal microbial, viral, and other antigens lead to an adapted and maintained symbiotic state of tolerance, especially in the gastrointestinal tract (GIT) the organ site of the largest microbial biomass. However, the perplexing and much debated surprise has been that all microbes need not be targeted for destruction. The advent of sophisticated genomic techniques has led to microbiome studies that have begun to clarify the critical and important biochemical activities that commensal bacteria provide to ensure continued GIT homeostasis. Until recently, the GIT and its associated micro-biometabolome was a neglected factor in chronic disease development and end organ function. A systematic underestimation has been to undervalue the contribution of a persistent GIT dysbiotic (a gut barrier associated abnormality) state. Dysbiosis provides a plausible clue as to the origin of systemic metabolic disorders encountered in clinical practice that may explain the epidemic of chronic diseases. Here we further build a hypothesis that posits the role that subtle adverse responses by the GIT microbiome may have in chronic diseases. Environmentally/nutritionally/and gut derived triggers can maintain microbiome perturbations that drive an abnormal overload of dysbiosis. Live probiotic cultures with specific metabolic properties may assist the GIT microbiota and reduce the local metabolic dysfunctions. As such the effect may translate to a useful clinical treatment approach for patients diagnosed with a metabolic disease for end organs such as the kidney and liver. A profile emerges that shows that bacteria are diverse, abundant, and ubiquitous and have significantly influenced the evolution of the eukaryotic cell. View Full-Text
Keywords: probiotics; Lactobacillus; Bifidobacteria; gastrointestinal tract; commensal bacteria; brain; kidneys; skeletal muscle; adipose tissue; heart probiotics; Lactobacillus; Bifidobacteria; gastrointestinal tract; commensal bacteria; brain; kidneys; skeletal muscle; adipose tissue; heart
►▼ Show Figures 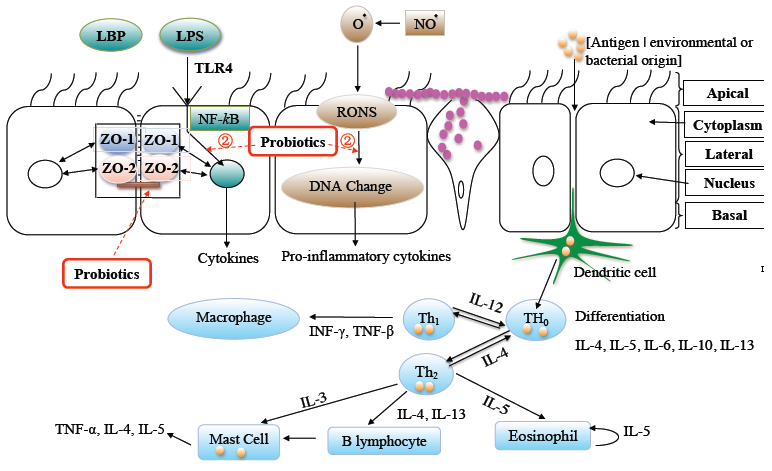